by Jonathan Peter Wilkinson on September 4, 2021 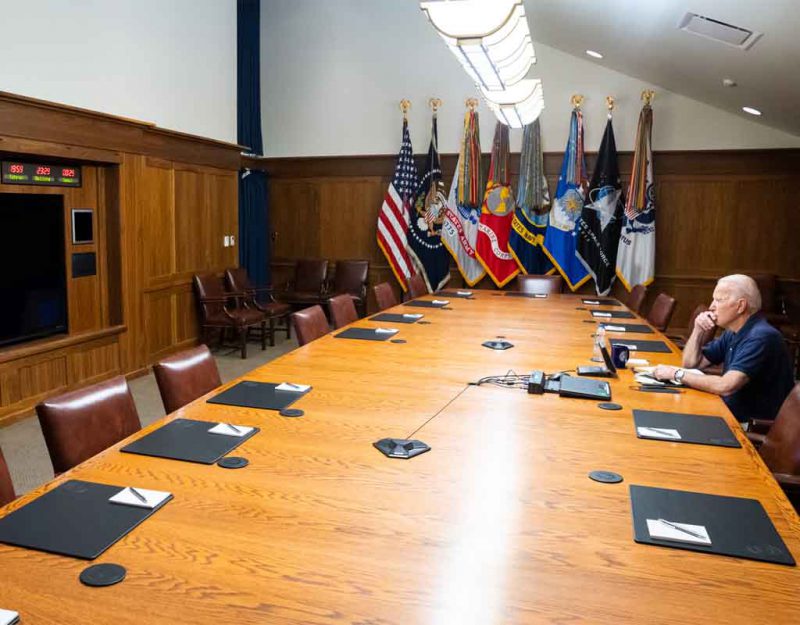 Order never abides in an unopposed state of cheap and easy grace. Any equilibrium exists as a tug-of-war between appositional forces at diverging ends. The building that towers over an urban skyline constantly wins a fight to remain standing. Then one day it loses and no longer dominates the anthropogenic urban skyline.

Civilizations deal with their own version of entropy. People stay Chinese, Russian, or Comanche Indian for as long as these social groups resist appositional forces that push and pull them until their fundamental Platonic Form is ultimately undermined. Downstream from this sort of civilizational order, there flows a political order that also remains intact against a form of entropy. This political civil society fights corruption. Corruption does to civil society and political equilibrium what erosion does to a floodwall.

Russian civil society under the CCCP hit the point where the corrupted cancer cells outnumbered the white blood cells in its mottled body politic. This process began to oxidize the metal forged by the October Revolution nearly as soon as Vladimir Lenin assumed dictatorial control of the various worker’s soviets. What began as a small, yet malignant tumor early in the new Socialist Republic would grow and thrive as time continued.

The Tragedy of The Commons grew entirely too common. By the time Stalin became analogous to Sauron enthroned in The Land of Mordor, he resorted to a brutal chemotherapy. An amendment to The Soviet Constitution became an atheistic mockery of St. Paul’s second Epistle to The Thessalonians.

For even when we were with you, we gave you this rule: “The one who is unwilling to work shall not eat.”

The Soviets reworked Article 12 of The Soviet Constitution to read:

In the USSR, work is a duty and a matter of honor for every able-bodied citizen, in accordance with the principle: “He who does not work, neither shall he eat.”

Unlike The Word, a nation’s Constitution cannot exceed the decency, intellect or ability of the powerful citizens that read that Constitution. The rot continued and ate the soul of Russia until the exterior collapsed as a rotted tree or building finally falls. Russia of the early 1990’s experienced a precarious existence analogous to Mordor after the destruction of the Ring of Power. One observer described this as follows.

As the state and economy collapsed, their money worthless, their jobs evaporating, with crime, disorder, and corruption rampant, life expectancy plummeted in post-Soviet Russia. The longstanding Russian curse, alcoholism, became an endemic phenomenon in Russian life. Abortions substantially exceeded births, suicides soared, and the state apparatus and law enforcement collapsed along with the unkept utopian promises of a failed system.

Therefore, the crown of Russia’s empire lay in the gutter. Vladimir Putin stooped and recovered it. He built a new alliance between himself, powerful military figures, industrial magnets, and The Russian Orthodox Church. Those who accepted his offer began to recover. In rebuilding his broken nation, he rejected the rot now infecting The West.

Putin, unlike Amerika’s “elite,” understood the fundamental implications of Golic’s Law of Tolerance. The NFL Player turned sports journalist pointed out truth: “You get anything you tolerate.” Amerika tolerates many things that are not good for continued social continuity. Amerika tolerates that which will ultimately terminate our continued existence as a society.

Biden’s installation as a bad emperor, on behalf of a rotting kleptocracy, may well represent an absorbing state that brings a time of troubles upon a morally fallen state. This was what the kleptocracy wanted. An empty emperor that controlled like a puppet. A senile Theoden to obey Grima Wormtongue. Surely, there must be a motivated opposition. There certainly is. It’s the most motivated Conservative opposition Google can buy.

The same feeble metrosexuals who attacked the Covington Catholic boys, and printed pro-Jeffrey Epstein articles, and tried to discredit Carter Page, and pushed the Russia Hoax might not actually be conservatives after all. Their role does not seem to be halting the Left. Their role seems to be: pretending to be conservative in order to persuade actual conservatives to lose gracefully to the Left. Conservatives must finally recognize something that’s very depressing and very important: the conservative intellectual movement in America didn’t just fail. It aided and abetted the Left for money.

OK, so we ditch the GOPaidfor and go back to God. Oh, wait. Instead of decent Christianity, we get Russell Moore.

As Elizabeth Neumann—a former high-ranking Trump Administration national security official—demonstrates, even if a terrorist wanted to play the long game of twenty years of pretending to be a pro-Western, anti-Taliban figure, the vetting process for all of these refugees is intense and rigorous, using extensive biometric and biographic checks. And as Neumann also points out, the sort of rhetoric used against such refugees almost always is accompanied by a rise in crimes or violence against such people.

Absent a widespread withdrawal from this rotting edifice of malignant governance or a massive and brutal overthrow, Amerika is destined to rot. As Amerika rots, its inevitable death approaches. The facade concealing the failing edifice develops more telltale cracks with each passing failed Presidency. It will only be a matter of time before the USSA goes the way of the USSR. This is how corruption always works. Both in Russia and in Amerika.

It Will Not Stop | Osiris Akkebala Gets It Right Again