For the sake of humans, replace the humans 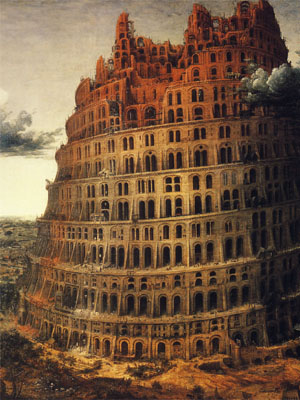 About a decade ago, I identified the phenomenon of Crowdism whereby individuals demand to be freed from consequences of their actions, and band together into groups as a sort of mutual aid society that will attack anyone who doesn’t agree. This forms a hive mind that snowballs and soon creates a monolithic, paranoid Utopian groupthink.

The point of Crowdism is not that evil people exist, although they do, or that people are tempted by evil, which they are. It’s that stupid ideas exist and they sound good, and that in crowds, people bow down to the judgment of others and go along with the herd, resulting in destructive and illusory “solutions.” Socializing makes us dumb because we obey the social standard, not the reality standard.

An unpopular view, this was countered (coincidentally) by a spate of books praising “the wisdom of crowds” and other such flattering, pacifistic, and soothing nonsense. Their point was that in groups, we can guess average numbers well and so groups are obviously the right way to make a choice, because we can’t trust any single individual.

Logic dictates that this is nonsense because if we can’t trust any single individual with power when they are personally accountable, why are we taking those untrustworthy individuals and putting them in a group where they are totally unaccountable? Crowds are beyond accountability; if a crowd of 400 murders someone, you don’t kill all 400 in response. The punishment has to be divided by the number of members of the crowd.

However, nearly 230 years after we made rule of the Crowd the de facto standard here in the West, as exemplified in consumerism (crowd-sourced purchasing decisions), democracy (crowd-sourced leadership) and popularity (crowd-source social values), problems remain. For starters, Western democracies are crumbling as their vast entitlement programs implode. Second, the political problems we fought over throughout all of last century are still here, and they’re intensifying.

I guess you could say Crowd rule has been a total failure. However, the Crowd doesn’t care about the consequences of its actions. Its only concern is staying in power, so that its individual members do not have to face consequences of their actions. The result, starting in the second half of the last century, has been an accelerated drive to complete Crowdist takeover of the world, so that there will be no dissenting voices.

Political correctness, the new internationalism, pluralism/relativism, the United Nations (“world federalism”), entitlements, wealth transfer, etc. are social policies with a singular goal: to blot out any notion that there could be another way. This, we will teach our children, is civilization. Without it, there is nothing but savagery. And thus control will be maintained.

Not quite so fast there, humanity. It’s unclear whether the population has caught on to what a desperate power grab, mostly fueled by Baby Boomer wealth and votes, this has been, but it’s clear that people no longer trust each other. As social chaos increases, so does paranoia, and so does notice that people aren’t as peachy as others think they should be. In fact, we all want most of the rest of them to be gone.

Even more, we’re now seeing examples of how crowdsourcing fails. Take the complete ineptitude of the online crusaders who not only completely missed the Boston bombers, but identified the wrong people. Or the advances in robotics that are replacing unreliable, resentful workers. Never a union riot again.

The Crowdists knew their plan was not workable. They’ve never pretended that it actually works; they focus on what it gives in the short term and ignore its long term consequences. If we boil their ideology down to its root, it is selfishness and a desire for no accountability, which is why they accuse their opposition of being that as well. But the big joke is that it’s not a political doctrine, but a social one, and it’s oblivious to its effects.

As a result, it’s falling apart. This means that the Crowdists are pushing harder to bind us all together into a single mechanical system, whether one world government or something like the EU, so that we must all go down together. It’s a subtle form of collective punishment. We must make the crazy ideology work, or we all suffer. Sounds good.

However, somehow the world isn’t cooperating. All those details that the Crowdists pushed out of the way to make room for ideology have come together to make the plan fail. The Crowdist notion was that the world would be great with a few changes; they didn’t think to anticipate that those changes might in turn make others, and then others, in a chain reaction that’s out of Crowdist control.

What we’re seeing now is a mania by committed Crowdists to take control. Obama is this; Merkel is this. They can’t admit they were wrong, which would be on par with admitting that their lives’ work is a failure. Instead, they push on because their egos are too terrified of the alternative to be flexible. Thus we march in trope toward the abyss!

And yet, much as we’re seeing now, people are deciding to work around The People. We’ve realized that human nature is variable, but most people are sloppy and refuse to be honest about much of anything. Thus we replace them with robots, and filter them out with laws. As this civilization winds down, we’re building the next.

Let me pitch to you what that will look like: a vast industrial wasteland, riddled with disease, criminality, petty warfare, poor hygiene and corruption, offset by smaller suburban and rural areas which take people on an opt-in basis. To get in, you give up some bad habits and a lot of rights. But you get out of the wasteland.

These demi-republics will be organized by organic group, such as religion, culture/ethny, philosophy and social class or caste. They will not be unfriendly to outsiders; they just won’t let them in. There will be no pretense of rights or freedoms. You join these places because the acts you need to do are permitted and everything else verboten.

In exchange however you get the opposite of the failed Crowdist world which thrashes outside the electrified walls and gun turrets. You get a chance at a normal life. As the great hive mind vision winds down into chaos, people will defect at increasing rates, swelling a new society at the expense of the old and dying one.