History That Is Written To Tie Down Gulliver 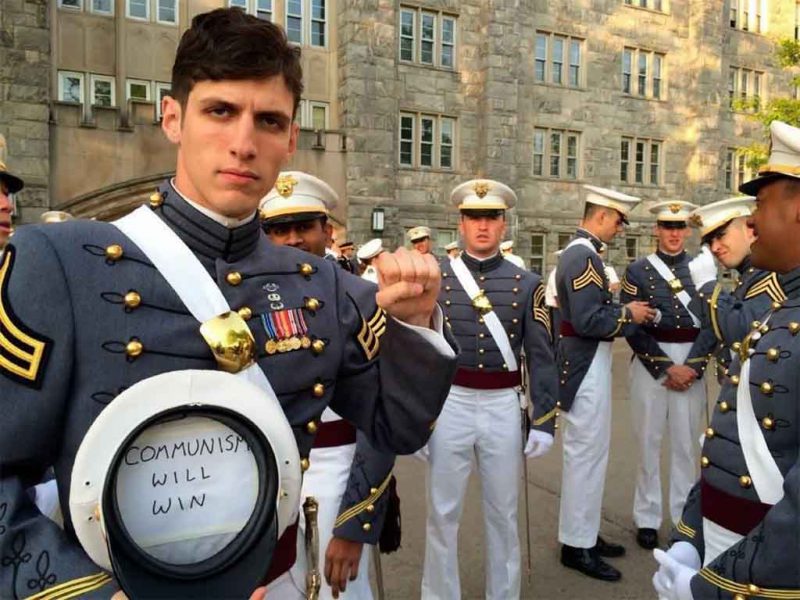 Leftism hates achievement the way entropy hates order. Leftists do not believe in redistribution to make the poor better off. They believe in redistribution to screw the rich, the industrious, and the fortunate. Equality is the ultimate doctrine to justify thievery, brigandage and the rape of anything that is beautiful. All that is sacred must be rendered equally debased and profane. We can’t have decency privilege.

History in service to equality is just another example of the suicidal rot that besets the self-besotted in our retrograding culture of decline. The latest victim of a recent trend in historiography is none other than (((Albert Einstein))).

In China, the man who famously once described racism as “a disease of white people” describes the “industrious, filthy, obtuse people” he observes. He notes how the “Chinese don’t sit on benches while eating but squat like Europeans do when they relieve themselves out in the leafy woods. All this occurs quietly and demurely. Even the children are spiritless and look obtuse.” After earlier writing of the “abundance of offspring” and the “fecundity” of the Chinese, he goes on to say: “It would be a pity if these Chinese supplant all other races. For the likes of us the mere thought is dreary…”

Now the average #SJW hack journalist at the UK Guardian is no more capable of mathematically deriving the necessary existence of gravitational lensing than say, Mike Tyson would be. But hey; at least they are aren’t !RAYCIST! Not that this claims Einstein for the Alt-Right, but it does over up another important Red Pill. History has become yet another leveling force at work weathering away the image of any man our society would ever consider great.

Take people who have done something grad, something epoch-making. Make it someone that changed the entire world as a result of their existence. Then tear someone like Julius Caesar down by pointing out his political opposition (in this case Suetonious) accused him of being “Every woman’s man and every man’s woman.”

Now these scandalous “historians” who are “fascinated” by Caesar’s bi-sexuality, “repulsed” by (((Einstein’s))) casual racism, or shocked that Thomas Jefferson spent a decade or two banging Sally Hemmings like a snare drum are neither shocked, nor repulsed, nor fascinated. They are relieved. If nobody is perfect, then they don’t have to be perfect either. If nobody is even decent, then it no longer matters that some pathetic tosser can’t ever get his act together.

History that is written to tie down Gulliver is written to deflect attention away from what made great people great. It trashes them the way some cocaine-snorting Spin Doctor on K Street destroys the reputation of an opposing politician. It is not meant to elevate others; but rather to level those who are better at anything than the author of the history. Just as the “Tom and Sally” rumors were started by Tom’s contemporaries, who were jealous, the ongoing emphasis is put on it by those who are envious of any man simultaneously literate in English, French, Greek, Latin and Hebrew.

What are we to learn from such history? Nothing. What do we gain from equality? Nothing. There is an Old Russian joke about a farmer who finds a lamp. He rubs it and the Djinni pops out and offers the farmer a wish. The farmer has this neighbor with the best, most productive dairy cow anyone in this small town has ever seen. The Djinni sees the farmer is confused as to what he wants and offers to hook him up with a cow that is just as good as the one owned by the neighbor.

The Russian Farmer says no. He orders the djinni to make the other guy’s cow fall over and die. That is the guiding principal behind Marxist economics, class envy, and Leftism. It is the battle cry of the ne’er-do-well who doesn’t give a damn if he ever does well as long as you don’t ever make good either. This is the animating spirit behind history that is written to tie down Gulliver.