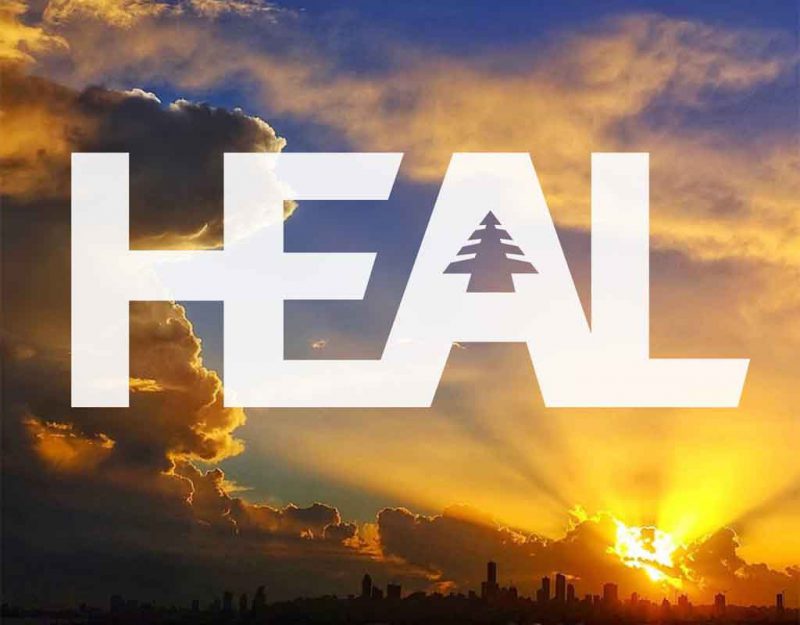 If you recall, there was a large explosion in Lebanon recently where improperly stored ammonium nitrate was ignited by nearby fireworks, creating a massive blast that devastated the port and surrounding community.

In the wake of this, Lebanese traditionalists have come together to fix their community and orient it toward a future found in the wisdom of all of the ages of humanity.

We were fortunate to be able to talk to one of the project leaders, traditionalist Joseph Haddad, answer some questions about this initiative:

What is HEAL, what is its objective, and how is it funded?

Heritage Emergency Action Lebanon is an online crowdfunding platform created by the association for the Protection of the Lebanese Heritage to address the urgent need to fund repairs in the aftermath of the tragic explosion at the Beirut Port on August 4, 2020. This explosion damaged a great number of inhabited buildings, many of them traditional and greatly affected an already fragile social fabric.

This is an ongoing initiative that we plan to keep in place for as long as we can, in order to facilitate the transferring of funds to help rebuild the damaged homes in Beirut. HEAL initiative’s main audience is the Lebanese diaspora, which is relatively considerable (and more numerous than the population living in Lebanon), but also, anyone who would like to help. The platform is sponsored by FFA Private Bank and the APLH has put in place a live donation counter to monitor the amount of donated funds in real time.

Are you working with international organizations or NGOs?

No, this initiative is 100% local. We pitched the HEAL initiative idea in September 2020 to a couple of international organizations and NGOs who showed interest at first, but then ignored it a week later. FFA Private bank then contacted us to make a contribution for the reconstruction of a damaged church in Beirut, and when the church administrators decided to ignore proper heritage preservation procedures, we pulled out from the project and suggested to the bank that they use their donation to help us create the HEAL initiative online platform instead, and they were happy with the idea.

Who do you hope will sign on with you?

We want all local heritage-oriented NGOs to see the potential of HEAL initiative in channeling reconstruction and rebuilding help in all transparency from anywhere in the world.

It’s an opportunity for all Lebanese and friends of Lebanon to show solidarity on a personal level; the help we expect, is from individuals, not organizations who always seek a political gain from any help they might give. The individuals willing to help, are helping unconditionally, and we pledge to show them through our site, how their contributions are making a difference.

How did Lebanon change after the explosion and investigation?

We did see an unexpectedly large volume of solidarity from “the international community,” but most importantly, from the Lebanese diaspora. Huge logistical operations were financed by Lebanese expats and this was truly heartwarming. However, everyone shortly afterward started noticing that this help was being mismanaged and results on the ground were not really reflecting the initially gigantic mobilization displayed by Lebanese expats. Many started complaining that NGOs were just as incompetent in managing incoming help and resources as the Lebanese authorities.

Consequently, general NGO reputation greatly suffered from that. This is one of the reasons why we wanted our site to have a very clear transparency policy. Lebanese people are a resilient society. One would think that a devastating devaluation of their currency coupled with the obliteration of their main port would effectively kill them off, but here they are, adjusting to the inflation, and getting up on their feet for one more bout. Legend says that Beirut was destroyed and rebuilt seven times throughout its existence. We’ll make it, as we always do.

Concerning the investigation, it is safe to say that truth will keep eluding us for a long time as to the real reason(s) behind that explosion. Truth won’t be found in the newspapers or the media, so we focus on what we can concretely achieve. Investigations in a climate of extreme incompetence and corruption will only bring further disappointment and disillusionment so we prefer using our energy elsewhere and on things we can relatively control.

What measures have you taken for transparency and security?

The APLH is paying a hefty monthly fee for a secure payment gateway to ensure smooth transactions with a high standard of security.

As for transparency, any donation will be recorded on the site’s real-time live donation counter as soon as the bank clears it.

An update on the amounts donated and the projects they were allocated to, will be made on a monthly basis.

What has the response been so far?

It’s a bit too early to measure it in terms of clicks and analytics, but we have “soft-launched” on December 24, then made some additional adjustments and tests on the site before our “real” launch on December 28. Let’s hope for the best. Thank you!

Check out the site at HEAL Initiative Lebanon.