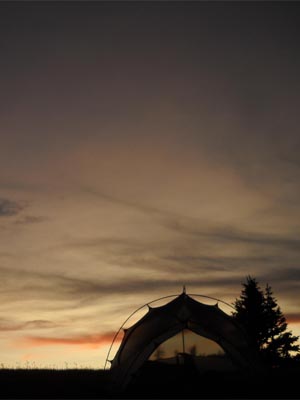 The modern fallacy is that nothing comes before the individual. What the individual thinks, feels, judgments, emotes and desires are more important than reality itself.

Both democracy and consumerism bear out this ideal. In order to exist, however, it needs a support structure just like how high school nerds like being BFFs with Kung-Fu masters. The support structure for a civilization made of non-civilization, or individuals each doing what they want at the expense of the collective, is a strong central enforcement. Both social pressures (political correctness) and government come into play here.

What this means is that if you suggest a contrary idea, which is that each person should be responsible for adapting to reality (this is called “natural selection” in your science books), you will be a heretic. Blasphemer. Antichrist. And not just to government; to society, including your friend group, also.

However, only by adapting to reality and facing life’s challenges do we truly become who we are. If we do not, we remain forever-children, stunted in our growth by walls of fear beyond which we do not tread. Society fears those who do go beyond those walls because they make the rest of us look stupid.

All of this is a long introductory way of saying that the Men’s Rights Movement, like any other group of modern people, is predisposed to (at first) hate, loathe and fear any suggestion of “manning up.”

Manning up is a principle like survivalism, libertarianism or frontiersmanship. It suggests that life will always throw suffering, problems and dilemmas our way, and that we live best when we occupy ourselves in confronting these and beating them by inventing our own solutions.

This is in dramatic contrast to what society likes to do to people, which is tame them, so that when they have problems they call the cops, the firefighters, the psychologist, the banker, the lawyer, the doctor, the talk show host… in short, they call (and later blame) anyone but themselves.

Manning up isn’t as simple as finding a good-paying job and supporting your most recent conquest as she bubbles out babies. Manning up means leaving behind the convenient, confronting your fears and conquering them, all in service to a purpose that is bigger than yourself.

Feminism came along to question manâ€™s â€œnaturalâ€ role as leader and I think this is simply God/Allah/Fate/Karmaâ€™s way of bringing about the next evolutionary stage of man â€“ painful, but necessary. Now that it has and manâ€™s role has been removed from society, we can see the destruction wrought upon society our forefathers and Shakespeare warned about for millennia. Now is the time to look back to those old patriarchal values, pick what is true and useful, tweak them in the light of 21st century knowledge, and discard the rest. It will also be the last time women will have their say as â€œleadersâ€ forâ€¦ with all the evidence the MRM community is gathering for historical posterity during this process of regeneration of the next patriarchal ageâ€¦ the argument for manâ€™s natural role as leader of the home and state will be beyond refutation â€“ no man will be so stupid as to say â€œyes dear, whatever makes you happy dearâ€ ever again.

Once men define for themselves in the 21st century what men and masculinity mean for them, women will naturally fall into line. Peace will return to the state. Love will return to relationships. And sons like Hamlet wonâ€™t have to agonize over avenging the murder of their father by feminism. I predict that in 50 yearsâ€¦ even women will roll their eyes in shame at how their mothers and grandmothers treated the men in their lives. The lesson will have been learned and both genders will emerge in a more balanced, not equal, relationship with one another. – In Mala Fide, “The Fear of Manning Up”

He makes the point clearly, but it needs to be revealed again: feminism = equality. Equality is the death of masculinity. Equality means “I’m OK, you’re OK” and everyone is equal without having challenged ourselves to face and overcome our fears.

In short, it’s a death of evolution. Who loves equality? Those who fear they are not equal, and no one else.

All of the above is a rather complicated way of telling you that masculinity is to you an unknown quantity. No one in the media, government or high society wants it to exist. None of your friends know anything about it. And if you start getting close to any idea approximating masculinity, the armies of the chinless will rise up and start complaining about how you offended them. – In Mala Fide, “Masculinity versus The Age of the Chinless”

If we are to be a “Men’s Rights Movement,” we must work for men and for masculinity, not against some strawman mythological enemy who turns out to be another head of a Hydra we never even lay a fist on. Feminism = equality. Equality comes to us from liberalism. Liberalism is what defines the modern time.

Men have no role in this time because it has been deliberately removed by those who fear leaders, and fear those who are more than equal. If you want to reverse this process, you don’t do it by getting down on your knees and begging to be equal. You do it by throwing equality out the window, and leading down a new path.

Masculinity Versus the Age of the Chinless | Men Without Chests