Masculinity Versus the Age of the Chinless 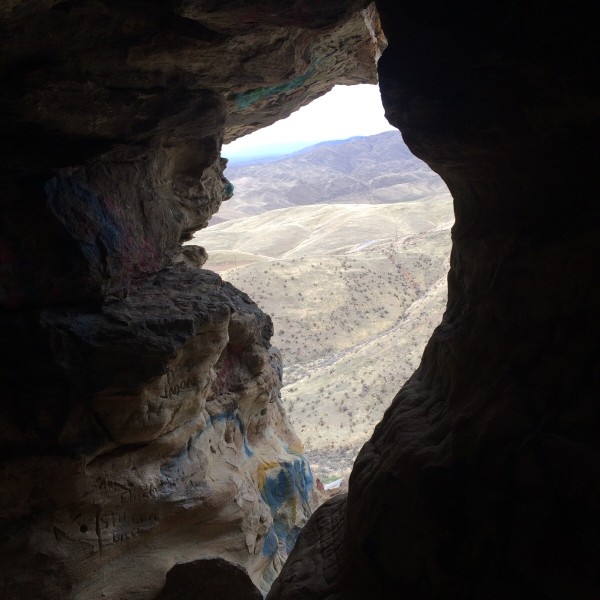 Every age has its moniker, and I believe we live in the age of the chinless. Since our modern political system is based on the idea that every person is a precious snowflake, the golden rings go to the men who find a way to avoid offending others, not the men who actually fix problems.

This means that any man who stands up and says, â€œBy golly and gee whiz, Iâ€™m going to fix this problem once and for all!â€ is a massive threat. If he gets away with that, the whole system unravels. Suddenly, people are going to want to see results again, instead of reassuring promises that weâ€™re all special and unique. If that happens, being inoffensive isnâ€™t going to cut it anymore, and since most people arenâ€™t really good at anything, they really fear a time when they have to actually perform and be useful instead of simply being â€œnice.â€

As a result, the chinless gather and form little groups that write laws, issue studies, or complain loudly with nasal whining voices in the mainstream press. Their goal is to humble you so that you cannot rise up, proclaim your masculinity, and fix some problems once and for all. In order to tie you down, they invent all sorts of -isms and accusations, but the underlying message is the same: we want you to be like us, domesticated and totally without virility, so that you are not a possible threat. To us.

Someone finally put up a wall to keep the wolves away, and as a result we live in a society of obese, ignorant, self-centered people who are each sure they are Godâ€™s gift to humankind, but because they want others to extend them the same courtesy, will tell us vociferously how weâ€™re all important, all unique, and yet all equal. But if thatâ€™s true no one is important, you might add. They donâ€™t understand that kind of complex logic and so theyâ€™ll call you stupid.

If you want to know what you fight, it is this gang of the chinless and their lynch mob tendency to tear down anyone who rises above the crowd. Itâ€™s not feminists that hold you back, although the feminists probably like to think it is. Feminists can barely get their act together enough to puke out some useless volume like Feminist Perspectives on Aeronautical Engineering which just about files itself on the last shelf in the library. No one cares about feminists, except when itâ€™s time to sell products to women, get votes from women, or talk your way into their (calloused, dry and yip-yapping like a Chihuahua) vaginas.

All of this is a way to introduce to you what is the opposite of what you want to be.

The chinless horde would like you to be kept men. When they donâ€™t need you, they want you to play around with your toys, your video games, and even your girly-girls. But when they need you, itâ€™s time for you to step up and make love to mama like a man, or at least someone who plays one on TV. Why do I think of the stunned simper that Ashton Kutcher always has on his face? He is a kept man, when you think about it. He can do whatever he wants as long as he doesnâ€™t offend the boss, which â€œhappens to beâ€ a woman.

A kept man â€” Iâ€™m thinking here of a gigolo, a boy-toy, or even a catamite â€” is defined by two things:

Ashton, for example, has his career and can screw around without whatever weird project has infested his Hollywood drama-choked mind of late (poor fellow â€“ Hollywood is a neurotic place, and they like to keep their people neurotic so theyâ€™re easy to control). But when the elder Wifey Dearest calls, he hops on a plane and goes home, and has to do what she says and exactly what she says until the crisis passes. Then itâ€™s recess again.

All of the above is a rather complicated way of telling you that masculinity is to you an unknown quantity. No one in the media, government or high society wants it to exist. None of your friends know anything about it. And if you start getting close to any idea approximating masculinity, the armies of the chinless will rise up and start complaining about how you offended them.

Jack Donovan offers a good introduction to masculinity with this somewhat cosmological definition:

Another way to view this is that like hot and cold, masculinity and femininity define each other. If we did not have hot days, but only had cool ones, we would not have a word for the difference in temperature. Instead, the two define each other. A day is hotter than or cooler than another. This enables us to measure without knowing absolute limits.

In the same way, masculinity and femininity together add up to the sum of all roles possible as a human being. We do not know masculinity as a fixed idea, but instead as a relative idea, which allows it to adapt to any situation. The problem with this is that if the definition of masculine or feminine gets corrupted, it takes down its opposite as well, since they are each defined by the other.

Mark from Post:Masculine gives a more concrete definition (via Koanic):

If we see Jackâ€™s definition as an axis, Markâ€™s definition helps us nail down what one of the poles is. He sees masculinity as a force that conceptualizes and executes independent action without being forced to react (initiation), and as one that removes emotions from consideration as it approaches a decision. Without Jackâ€™s definition to mellow out this view, we might think of men as robots. But instead they are that which is more likely to initiate, and less likely to be emotional when doing so.

Both of these attributes are completely heretical in this modern age. Initiation does not take into account the feelings of the precious snowflakes involved and, as if even more blasphemous, emotional dissociation refutes the ideas that our individual feelings and feelings of being offended are important. Itâ€™s pure heresy.

But as they say, those who do not learn from history will be condemned to repeat it. Only we, those who are in the driverâ€™s seat in this time of re-making civilization as its previous incarnation fails, can tell what the future will be. Itâ€™s in our hands now. If we have any brains, weâ€™ll make it a future that values masculinity and tells the chinless ones to go piss up a rope.