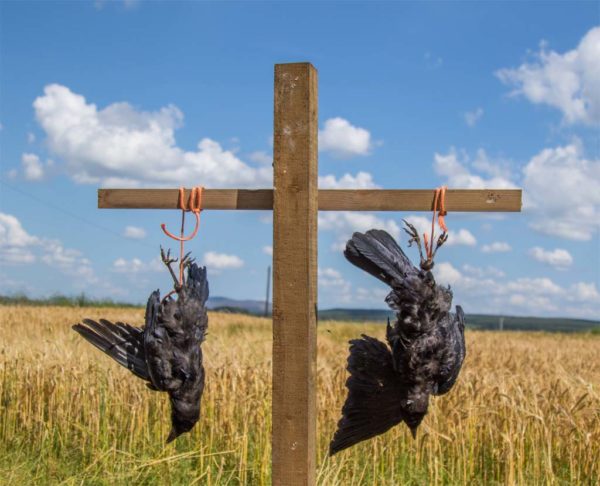 Online communities show us The Human Problem in full force: there are a few who create, and many who merely participate in the “me too” style world of posting their reactions — emotional, anecdotal — to what others create. Over time, the participants become critical of the rough edges of the creators, and force them to be hobbled by lots of rules, at which point the forum dies.

The same is true of Hollywood, USA. At first it was a land of wildcatters and innovators, but then the Joe and Susie American middle class bourgeois mentality hammered it down into pap, at which point anyone with brains fled and the current crop of fools took over. This is what always happens when you give the herd the veto vote.

For that reason, it is not entirely surprising that it produces creates such as Harvey Weinstein, who is this week’s sacrificial lamb. He was willing to master a neurotic industry by pandering to the desires — guilt, perversity, self-destruction — that Joe and Susie secretlynurture, and in the process, revealed his own broken-ness.

No one doubts that he is a pretty twisted guy. What they are concealing here is that he is fairly typical for entertainment and media in general; they are all neurotic, or at least will be once they get saturated in the industry, and so they are all perverse at some level. Weinstein took advantage of stupid white girls who would “do anything to get started in Hollywood.”

This is not exactly abnormal. The “casting couch” is a staple joke for a reason: for the last century, fat and weird Hollywood producers have made up-and-coming starlets the same offer. Get to know me, and let me see what I can do for you. They do it because the market bears it; any starlet who says no is simply replaced by another, and there is not much distinguishing them.

As usual, the wildcatters were right. They looked for talent, realizing that this meant that some years they would have nothing. But Hollywood, it is a machine, and it found a way to take girls of relatively low or no talent and put them in movies that require low or no talent so that they can be superstars.

The same is true of our society at large. We take fools, put them through “education,” and those who memorize the most and have the right opinions win and everyone else gets shuffled off into the void. Our leaders are inept and neurotic as a consequence of this system, because they were selected for obedience, not a desire toward truth.

When you choose your group of elites based on their ability to conform to a system, everything else gets pushed aside. They also become distorted personalities, since their entire existence revolves around making a paradoxical situation seem normal. As a result, mental health problems proliferate, which explains the behavior of so many of our people in power.

Weinstein got chucked under the bus so that Hollywood could say, “See? The problem is now over.” In reality, he is the tip of the iceberg. Working in modern Hollywood — making movies for the lowest common denominator — will drive out everyone but those who are willing to go insane, just like working for Weinstein will drive out anyone except white girls willing to spread their legs for cash.

Like scapegoats, sacrifices are designed to make us all feel better about a problem that is widespread and deep-seated. Since to face that would require criticizing the system we all share, and thus implicitly by extension, to criticize all of us, it is easier to find an egregious example and publicly destroy them so that the rest of the industry can go home with its secrets intact.

China has already effectively replaced the people who once ran Hollywood. The upper echelon are all ready to sell out and retire. The younger generation keep churning out political propaganda films and then wondering why they tank at the box office. The Chinese are more literal: they will repeat the same formulas month after month for lower margins but greater consistency of income.

The old days of Jewish-run Hollywood may be coming to an end:

It may surprise you (although probably not) to hear that I have no quarrel with the airing of the trope that Jews are prominent, even dominant, in the movie industry. The reason for this is that itâ€™s true, and saying it aloud no more makes John Travolta a Jew-hater than asserting that there are a lot of, say, African-American hip-hop artists makes one a racist. Itâ€™s not anti-Semitic to make a statement of fact; itâ€™s anti-Semitic to imply that thereâ€™s something wrong with it.

Despite the above, the “Jews run Hollywood” trope has been in decline for decades. First the homosexual mafia rose to challenge them, then the Armenians began to ascend, and so for some time, Hollywood has been pluralistic like the society around it. Instead of making it stronger, this divided its power and sense of self, and it has had trouble making clear decisions since.

In other words, whether or not Jews ran Hollywood or run Hollywood, it makes sense to have one group in charge. Otherwise, fragmentation occurs.

Jews ran Hollywood for a simple reason: they made the best movies for a wide audience. Most people do not want Apocalypse Now or Tinker, Tailor, Soldier, Spy; they want Notting Hill and Raiders of the Lost Ark, and these play into the uniquely Jewish model of the variety show — some tragedy, comedy, drama and adventure in the same film — that audiences in the past have loved.

The Jewish approach — Western sentimentalism with Asiatic literalism — may have worked for some time, but over the years it broke down. Joe and Susie do not know what they want, but we know what they like: movies that are both sentimental and idealistic, with a strong underlying sense of realistic values. Hollywood could not deliver that, at least much, and much past its golden era.

As Hollywood descends into diversity, shortly before the more literal-minded Chinese come in and sweep away the detritus of the West and replace it with a low-cost profits machine, we can see that Weinstein is the classic example of the dying king. His power waning, his people sacrificed him for their own pretense, hoping to stave off the coming collapse with the metaphorical equivalent of a rain dance.