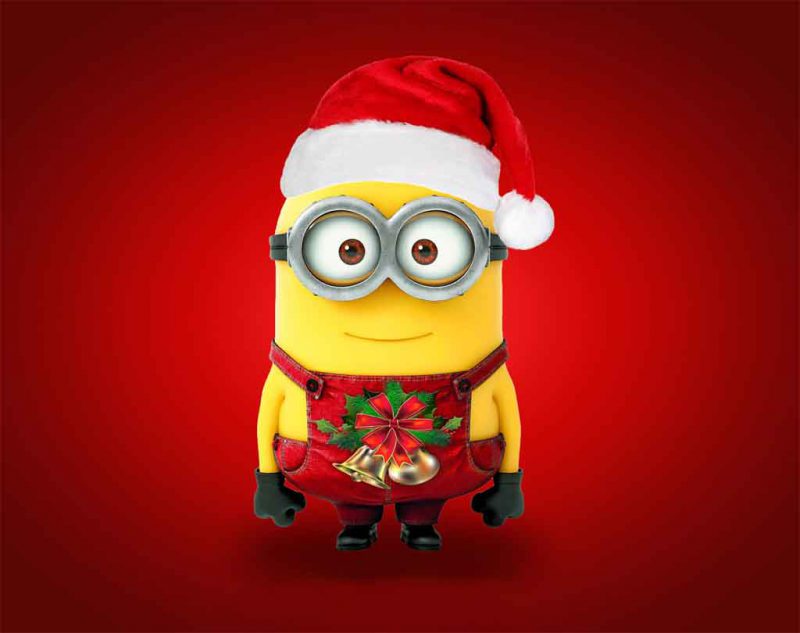 It is officially December 1, 2018. Happy Consumeristic Holiday, folks. That is the sentiment echoed far and wide across the plains of capitalistic America. ‘Tis the season to… buy, buy, buy things made in China!

The human experience has many shades. Some grey, others more in-tune with nature and rejecting materialism. Back in my day, I was also caught up in the Red Ryder (you’ll shoot your eye out, kid) excitement and loved coming downstairs to a vast set of plastic goodies and those Christian books I never liked or read. From my observations, today in the latter teens of twenty-first century America, that is still the ideal imagery we manifest. Except it has only intensified.

This article is not a jab at those who indulge in material and product from time to time. It’s normal and natural to amuse ourselves with neat gadgets or decorate our living quarters with a style fitting to our personality or preferred aesthetics we wake up to every morning. But Christmas — that long-lost pagan festival somehow turned Christian holiday — has turned an eye for consumerism, credit card debt and sports a mindless product-consuming Black Friday bashing. It might as well be a sport at this point. A sort of Christmas wrestling, perhaps?

It has been said by many that, essentially, humans are creatures of worship. Tucker Carlson made a remark on this in a recent interview conducted by “classical liberal” Dave Rubin. It is an interesting thing to observe, especially since religion has declined while atheism (or agnosticism, if you like) has risen. There is still debate about how accurate that is, but in observing the dominant pop culture while utilizing the internet as well, it isn’t difficult to see a lack of interest in religion.

So, what happens when faith in God (the god of the Torah and Evangel) declines? What does the human animal do? Have you ever seen the film Despicable Me? In the series of films that it spawned there are these little yellow creatures known as “minions.” Minions have only one task in their lifetime: to serve a villainous master. In an offshoot from the original formed a film simply titled Minions. In that film the poor little guys struggle to find a new master to serve. But due to their clumsiness and dumb luck they end up getting killed every master they come to serve; thus, they fall into a deep state of depression and crave a new master to serve which, in effect, sends three brave minions on a task to find their new master.

That is, in some light, humans in a nutshell. We aspire to reach for something higher than ourselves. Again, what happens when faith in God declines? Humanism rises. And why not? Why not strive for a grand Utopia (or something very close) and end war, end suffering, end violence and murder and rape and starvation? In truth, if it wasn’t such a falsehood hell-bent on its own destruction, I’d consider it perhaps the most valuable of all pursuits. However, it is simply fable. You may find more truth in a Biblical God than in the False Doctrine of Equality.

Rounding this back to Christmas, is it not also a form of worship? It isn’t just fiction when folks produce content that emphasizes the zombie qualities of the contemporary Western soul as they gleefully dive into their digital world through means of the cellphone. I’ve been near car-to-car contact because of drooling fools on their phones. Often times female, mind you. And that’s the new norm. That’s the world the next generation shall inhabit.

Christmas in November is a thing now. Seeing Christmas items displayed in stores, while still in October, is within the range of normal. Capitalism has turned into competition among corporations for the attention of the population. Competition heats up and burns away any authentic remaining fabrics of what Christmas used to stand for.

It may have gone through several revisions so the original script may be forever lost, but it always had one thing at its center: family. Whether Christmas has tangled up a Pagan holiday with Christianity is not the point here. The point is that even the last vestiges of the original sentiment of family and charity has faded, drowned out by commercial after commercial, new cool toy after cool new toy. I despise the image of the latest and greatest Apple product being propped up as “hip and cool” millennials dressed in tight jeans and swag sweater vest prance around, smiling big white teeth and taking selfies and InstaWhore updates, as they zombie out into digital nothingness.

The godlessness of the West might actually destroy itself. Humanism, corporatism, consumerism, materialism, and atheism take the place of having a culture and a belief in life itself. I foresee disaster as the West rejects religion and instead embraces the mindless “let’s live in a borderless society and buy cheap Chinese crap” mentality.

Perhaps it is, as some have dubbed it, a “secular religion,” one where the theistic god has vanished and been replaced with the god of egalitarianism, which is a fancy way of worshiping ourselves. Maybe it’s time to get on our knees and worship something besides ourselves. Because that void bubble of secular consumption and humanism will, at some given point, implode.

Periscope (December 1, 2018) | Conservatives Need To Beat The Leftist Within