Conservatives Need To Beat The Leftist Within 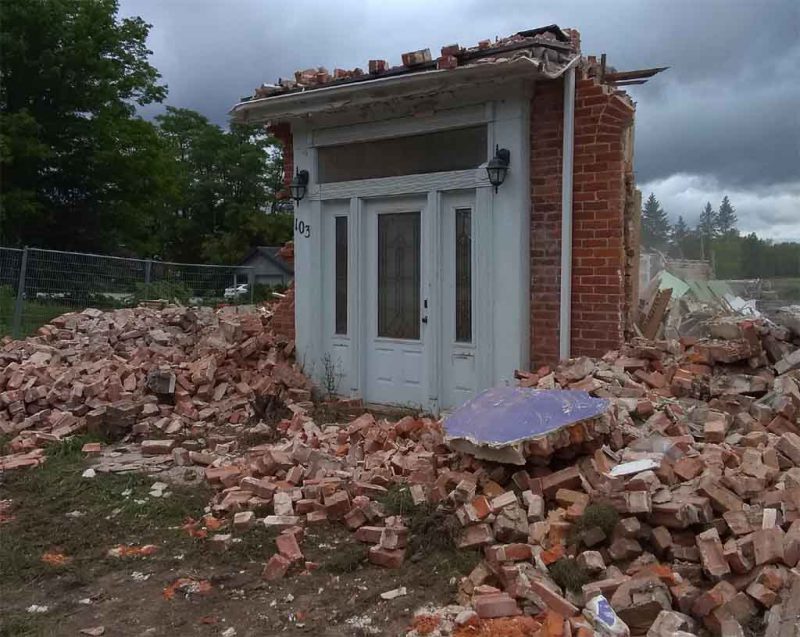 We have a problem in the West caused by the dichotomy between the public versions of things and the things themselves.

For example, if you believe what you see on television and read in books, there is a certain way that people behave, but in reality, anyone who behaved that way would get punched in the face or written off as insane.

Our political scene offers the same problem. Much like a donut, American politics serves as an imitation of the real thing. We have a party labeled “conservative” and one labeled “liberal,” but they serve the same essential master, with one vital difference, in that the “liberal” party wants socialism and diversity as its means of perpetual power.

Systems capture people. Individuals working within a system come to know its procedures, use its language, and socialize with others caught up in the same. As a result, they soon start to think in terms of what can work within the system. This fundamental compromise then colors every other decision that they make.

As a result, our “conservative” politicians are conservative second, and working within the system first. This leads them to look quite a bit like our Leftist politicians, who are actually more at home in the system, since government leads to a management-style bureaucracy that is most comfortable with treating everyone “equally” like cogs in the system.

In fact, most “systems” tend toward this administrative-managerial view because it is the easiest way to control large groups of people. Control is one-way authority: someone centralized tells a group what to do, and they all do it, and there is no feedback upwards. This is different than cooperation, where people work together toward a goal and figure out how to do it, communicating all the while, in the same way that democracy is different than a discussion; in a discussion, the group works together to express points of view until everyone understands and some kind of mutuality can be found, but in democracy, you just have a vote and everyone remains in disagreement with each other. In fact, the more times you vote, the more people diverge into individualistic or special interest group viewpoints, and the less likely any kind of direction is to be found.

We have reached this point in our democracies. All of the easy issues were decided long ago mostly because all we had to do was emulate the aristocrats who came before us, and now we face the fundamental suppressed issues we could never decide, like “who are we?” and “what do we want to achieve?”

Big issues like that — the thirty thousand foot view, the big picture, thinking outside the box — always confound groups in democracy. They understand life through their individual viewpoints, but not as any kind of shared order, mainly because democracy punishes that kind of thinking, which is inherently conservative.

Conservatism can be summarized as realism plus a drive for excellence, going back to its roots in Plato (“The safest general characterization of the European philosophical tradition is that it consists of a series of footnotes to Plato,” Alfred North Whitehead, Process and Reality, Free Press, 1979, p. 39).

Realism means observing reality as it is, instead of how people think about it and how social pressures dictate that it is or should be, as Plato expressed in his metaphor of the cave. This clashes with the Leftist idea of the highest order in any society being the individual, and therefore, that each individual gets to choose his or her own reality based on personal preference.

To the attentive observer, this means that conservatism and Leftism have always been fundamentally incompatible. The Right wants a unified civilization; the Left wants civilization to be a canvas upon which the individual paints his own desires, feelings, judgments, fears, and self-image.

The Right also opposes control, or one-way authority. We like feedback, so we rely on localism, or the idea that anything which can be decided close to the point of action or decision should be. This means that we delegate responsibilities and goals to people, and let them try to fulfill them, then choose the ones who succeeded for more permanent roles.

You might think of it as what happens when a mythical dragon attacks a metaphorical town. Everyone in town decides the dragon must be killed, so the king calls upon the best warriors and any volunteers, arms them and send them out to kill the dragon. The guy who does it gets appointed head of the guard, or given his own military team.

Over the centuries, after thousands of dragons have appeared, the population is sorted into a hierarchy based on the ability to slay dragons and do many other tasks. The guy who figures out irrigation gets promoted to head of agriculture; the person who manages to lay sewers gets appointed head of sanitation; someone who proves a better worker moves up to a position of authority, and the best warriors get promoted over others. This maintains order and provides known leaders for others to emulate, also ensuring that these will have many offspring.

This shows us a paradigm of control versus quality control. To the Left, everyone must be (made) equal, so they must be instructed in how to behave, punished for deviating from that behavior or thought, and rewarded only when they do what an equal citizen would do. To the Right, people are not equal, and most are mediocre, so you choose the good and promote them.

These two views cannot be reconciled. The Right automatically creates hierarchy through its rewards, where the Left prefers centralization, or a lot of uniform citizens — a fungible mass, a herd treated as a single thing — commanded as a wave, sort of like Asiatic warfare (and the first “modern” societies invented in Asia). When you start rewarding people for doing a good or right thing, instead of forcing them to do so, you create an order above the individual, nurturing the organic style of civilization where hierarchy, customs, heritage, faith, science, and logic run in parallel but are localized to that culture.

Now that we are sixty years past the time of the Leftist cultural takeover in 1968, and its counterpart during the 1990s when the youth of that time grew up and took over the governments of the West, and we have seen its ultimate culmination with Barack Obama who was not only the triumph of civil rights (the first black president) but the farthest Leftward candidate America had ever seen, people are realizing what is actually at the end of the fork in the meal entitled “Leftism”: any degree of Leftism sets us on a path toward the ultimate end goal of Leftism, which is a third word Asiatic-style society ruled by strongmen who give out gifts to the population to keep the mass culture motivated toward obedience to control. Europe has seen the same with the rise of the ideological era of the EU and its desire for total control.

This has spurred brief stirrings of conservative awakening in politics:

Both Kavanaugh and Graham’s fiery statements were incredibly bold and would have appeared abnormal coming from conservatives had they been made in the early 2000s. In fact, in both the 2008 and 2012 elections it was entirely unheard of for Republicans to go on the offensive at all.

Knowing this, the left has always backloaded its political strategy with personal attacks, identity-based manipulations and blatant slander.

…The result has been the slow and steady realization of many Republicans that employing civility against the left, which it never seems to reciprocate, will only result in embarrassing defeat.

The new intolerance for compromise, bipartisanship, and civility shows a Right which has recognized the nature of the Left. For Leftists, the push to achieve equality — never really defined — presents a higher goal than all else. It is their morality, their messianic religion, and their personal raison d’être. They will sacrifice anything else to that goal because it is more important than life itself to them. Their ideology admits no compromise except to achieve that objective, which means that any compromise with the Right will be deception.

When confronting a single-minded fanatical enemy, any side which wishes to prevail must adopt a cagey strategy of blunting the seeming power of the belief of the other side, while simultaneously acting in a militant manner against that side. The Right began adopting a militant attitude recently, or in other words, calling the Left what it is and recognizing that all of their statements are lies, while refusing to apologize for advancing a Right-wing agenda.

Most importantly, this has manifested in a new culture of intolerance for the usual nonsense from the Left. They are the new Establishment, and we are the rebels. As rebels, we can be fanatical because we oppose the big guy and we are the underdog. They offer a vision of a mechanical society where people are forced into conformity, and we offer unity through shared purpose, heritage, and values.

For us to get to this stage, however, we have to beat the Leftist within. Conservative have confused “public conservatism” as it exists in our political system with conservatism the philosophy, and since public conservatism incorporates many Leftist ideas, conservatives often find themselves unintentionally carrying water for the Left.

Consider the following as marks of someone who is not a real conservative:

For most public conservatives, the above list will contain a few shocks! Detoxing from Leftism requires several stages, one of which is recognizing what Leftism actually is — egalitarianism, or the belief that people are or should be “equal” — and then what its methods are, which include centralization, strongman rule, and gifts from government to make everyone dependent on the system (i.e. the opposite of natural liberty) so that they perpetuate it.

We will need to rebuild our confidence and affirm a positive vision of what we desire for the future in order to effect this transformation. Our whole lives we have been told that we are wrong and bad for believing what we do, but we can insist on realism as our core principle and point out that our methods work better. We now must make ourselves feel good about doing what we do, so that we can resist the constant stream of spiteful vitriol and vengeful critique from the Left.

Further, we have to offer a vision of America and Europe for the future. With egalitarianism gone, society will involve lower-cost living, more free time, and more culture. This will make something like our old agrarian and manorial societies, but with the average person having a good deal more fun. With fewer taxes, especially on things that bring joy like families, alcohol, tobacco, and time with friends, people can have better lives, and not be caught up in the Soviet-style ideological conformity regime that the Left reproduces every time it is given power.

Conservatives will win this one, mainly because Leftism has failed, but also because now that people have seen that failure, they are looking for options that bring actual sanity, stability, health, and joy to life. First we must purge ourselves of the ideas of our enemies, and then with a better vision we shall conquer.