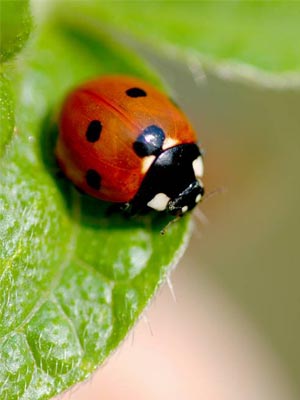 We spend much of our lives pursuing a chimera called “happiness.”

In our modern mythology, we are independent citizens with obedience to nothing but our own life and liberty as means to the pursuit of happiness. Having spent years interviewing people, I know a non-answer when I hear it. “Happiness” is the modern version of “God” and it is deliberately vague.

Doing meth under a freeway overpass? Happiness. Hollow plastic home in suburbs, Real Doll of a trophy wife, and soulless job while acquiring name-brand possessions? Happiness. Banging hookers in a random alley? Must be happiness again.

The fallacy is that anything we do alone can make us happy, other than finding a place where we are happy in our world. This is both a lesser jihad (finding the right job, family and house) and greater jihad (discipline of the soul). Some would say this is why we are here, a great sorting mechanism from the beyond that shapes our souls into their position in a vast hierarchy.

In the meantime, we who have no hope of greater significance are busy pursuing “happiness”:

Cuypers his colleagues collected data on the activities, life satisfaction, perceived health, anxiety and depression of 50,797 adult residents of Nord-Trondelag County in central Norway. Controlling for factors such as income and education, the researchers found that cultural participation is good for well-being for both genders.

Church attendance and going to sports events were linked to increased life satisfaction in women; women who attended sports events also were more likely to describe themselves as healthy. Men felt healthier when they did volunteer work and participated in associations, outdoor activities and physical exercise. Strikingly, the researchers found that all receptive cultural activities, whether musical, theatrical or artistic, were also associated with good health in men. – LiveScience

Like many scientific studies, this one relies on the surveys that people fill out which tend to have rather binary decisions. Yes, you rank your level of happiness from 1-5 on questions 4, 13 and 27 but if you think about it, that 1-5 scale is binary: anything over a two is YES, anything two or below is NO.

Even more baffling, as longtime readers will point out, is that this method is flawed. Happy people may go to the ballet; that does not mean that ballet makes happy people. Happy people also tend to sing the jingles from advertisements while they mow their lawns; if you’re miserable, singing the theme of your favorite commercial will not make you happy.

But then there’s the biggest fallacy of all: happiness itself.

We like to assume it occurs within a vacuum, and is some kind of permanent state. Would you say you’re happy? Uh, I dunno, Phil, right now I’m doing OK. Satisfied with life? Feeling in the right place? Convinced you have existential purpose and meaning?

A shrill whistle: Semiotic Cop steps out of the shadows. “Hold it right there, Mister. You’ve gone too far and you need to come with us.” Existential purpose and meaning oversteps the principle of individual autonomy by requiring something beyond the individual and its possessions, including family and membership in the religious institution of its choice. We’ve gone beyond commerce, and we’re unraveling the bonds of modern civilization. Let that paddy wagon go gently into the dark night and ask no questions, if you know what’s good for you.

But we have gotten into dangerous territory. Keeping “happiness” as a discrete life attribute like buying a Buick or joining a fraternity makes life safe; we don’t wonder too much, because it’s a simple individual pursuit like choosing the right health care plan or finding mangos on sale at Wal-mart.

But we enlightened moderns don’t like that view, because it contrasts with our anarchistic view that we should be the masters of our own fate and require nothing else, least of all — said with mincing Williamsburg accent reserved for the distasteful that makes the upper lip curl — the group:

Similarly the colonel next door will be honest, wonâ€™t kick your cat or steal your silverware. Sshould some natural disaster occur, work strenuously to save lives, at the risk of his own if need be. Yet he will consciencelessly cluster-bomb downtown Baghdad, and pride himself on having done so. A different pack, you see. It is all right to attack strange dogs.

The pack instinct, age old, limbic, atavistic, gonadal, precludes any sympathy for the suffereings of outsiders. If Dog pack A attacks intruding dog pack B to defend its territory, its members canâ€™t afford to think, â€œGosh, Iâ€™m really hurting this guy. Maybe I should stop.â€ You donâ€™t defend territory by sharing it. Thus if you tell a patriot that his bombs are burning alive thousands of children, or that the embargo on Iraq killed half a million kids by dysentery because they couldnâ€™t get chlorine to sterilize water, he wonâ€™t care. He canâ€™t. – Fred Reed

We all know Patriotism is a stand-in, a dogma-based surrogate, for membership in a real community comprised of culture, values, customs, philosophy, religion, language and heritage.

However, attacking the concept of group is not the answer, although it is the only answer you’ll hear from modern sources (especially those who think they’ve out-thought the majority opinion, but have only in sadly predictable form managed to parrot it under the table).

Without oxygen, we don’t survive so well. It’s a resource that is also part of where we fit into the hierarchy of life.

Without a social group, and the social standards that hold it together, we fall into an abyss of convenient thought that makes us impotent — or rather, it makes us whores:

The most important motive for sex workers is obtaining a â€œhigher hourly wage,â€ followed by â€œfinancial emergency,â€ â€œsearching for adventure,â€ and â€œenjoying sexâ€ in equal percentages. Experts from an agency advising prostitutes cite as their motivations â€œillusions, dreams of easy quick money, desire for physical closeness and sexual curiosity.â€ One female student said that money is always an object, or else a woman has no need to use a whorehouse to to act out her sexuality. They earn between 50 and 300 Euros per day. – IMF

So… do you want that to be your daughter or future wife that’s a prostitute? How about your mom?

There’s a reason we develop cultural standards. With them, we have a reason to behave — we know we will be rewarded by others and respected by them.

Even more, they are about our only chance at “happiness” in the lesser jihad; we are recognized for our positive characteristics, and given a place in society to exercise them. That in turn makes the greater jihad easier: we are stable, and can figure out ourselves and our souls.

Even more, we can stand together for group interests:

Copying the Mexican tactics of sending masses of civilians across international borders, thousands of Islamists recently streamed across the borders of Israel. This is not the first time the tactic has been used in the middle east.

In 1975, as Spain prepared to pull forces out of its colony of Western Sahara and turn control over to locals, Morocco launched its â€œGreen March.â€ The plan constituted sending 350,000 unarmed Moroccans on a well-choreographed march into the territory. Spain, unwilling to put up a forceful resistance against such a large number of people, completely evacuated the territory.

Once the territory had been nominally taken over by unarmed Moroccans, the Moroccan military moved in to secure the region, and the mineral-rich territory of Western Sahara remains under complete Moroccan control, and there is no indication of change in this status in the future. – YWC

The rich West has based its ideal on individualism and “happiness,” but the rest of the world knows no such illusion. Its people know that the group nurtures the individual, and trying to do away with the group makes one unsure of oneself, and unsure of the legitimacy of one’s own needs.

If you want to know why the West appears weak, it’s because we are neurotic because we rely on “happiness” as a singular individual quest, instead of the unity of self and world that true contentment and existential fulfillment must be. You cannot be a whole person in a vacuum.

As we degenerate, the rest of the world — which does not share our degenerate values — gains strength from the type of happiness that cannot be found in the neurotic pursuit of self-fulfillment and constant self-expression, and they are moving in to squash us like the narcissistic little bugs we are.

Frailty, what is thy name? | Self-defeat and Zionism