Some little known nationalist discussion group gets its act together.

On the Ground Zero mosque:

This is an older dispute than the WTC tower event. The dispute is this: is America defined by its ideas or by its founding people. The left side says ideas, modern lefty ones, essentially make people. The right side says people are a natural biological and cultural continuum.

Left side America says anyone can come because all they have to do is make the pledge, sign on the dotted line, and voila, instant American. In other words, American as such is nothing more than trivial formalities in series that even one of the great apes or perhaps with assistance for the mobility challenged, a stray dog can perform.

Right side America says we have an America as such because of people much like themselves and if the people change, then at some point the America that people worldwide have loved in the past may not be such a loved place in the future.

Can we swamp Japan in Scandinavians and still have those things we respect about Japan continue into the future? Can we overwhelm Tanzania with Chinese immigrants and still have an authentic African tribal aesthetic and an exotic Dark Continent vibe therein? 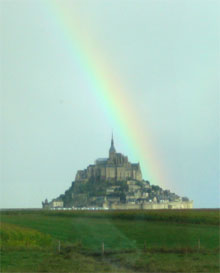 On the PRC occupation of Tibet:

There is no need at all for one culture to overlap with another and create the social sickness called multiculturalism. It is multiculturalism, not Mongol people, not the Han, that is the one and only problem in this case.

On the Holy Land of more than one group:

Nationalist can work but not if two nations inhabit the same land. That is multiculturalism. When multiculturalism happens and internal conflict sets in, the leftist academics, media and politicians will point an accusing finger at one group and insist their nationalism is wrong. The truth is that multiculturalism is the problem and that any group will by definition have nationalist cohesion to some degree.

On the modern way of life:

For the past century rampant consumerism has

It will be interesting to watch the evolution of ideas from simpler right wing reactionary thinking to a more progressive mode that remains true to New Right goals. As a natural selection process, the evolution of ideas is bound to leave behind the less fit, mired in the blunt bigotry of yesterday, while the rest move ahead.