Government shutdown should be a permanent condition

Let’s face it: the record of government has not been so good of late, and by “lately” 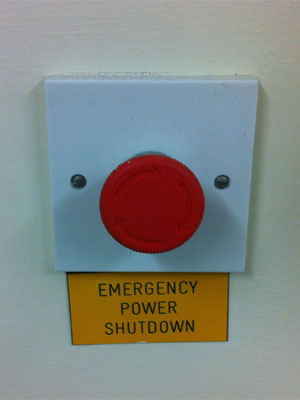 I mean the last few centuries.

Before government, we had a social order. A complex system of aristocrats ruled, and policed themselves; under them were hereditary roles and a caste system which ensured that everyone had a place. Social codes and attitudes kept people in line without having to arrest them or censor them.

This system succeeded. So well, in fact, that it helped its populations explode and deplete its food supply. This led to revolutions, which did away with the concept of hierarchy and replaced it with mob rule. Since that rapidly turns into foolishness, modern bureaucratic-managerial government was invented.

However, therein was the problem: it was invented. It was not a time-tested eternal solution, but a whiteboard design that did not fail catastrophically, so they kept it. Except that it did fail, and not like clockwork either (except in Italy) but at random, smashing social order, obliterating friendships and families, and launching endless wars.

Part of the problem is that government is a jobs program for those at the very top. They serve in office for a half-decade and then rush off to new opportunities, knowing that it will be decades or centuries before the consequences of their actions are fully visible and no one will remember by then.

Another part is that government is not actually “of” the society it manages. It is other; it is contracted to manage people. Thus it does what is necessary, but for its own convenience and power. Thus it mulches up complex social orders and replaces them with triplicate forms and legal procedure.

Yet another part is the most fundamental: government is mob rule. All those people in suits with the power quake at the thought of what voters might do. In theory, this makes the voters powerful. In reality, it means that nothing gets offered up to the voters but the most over-simplified issues, and these never represent reality.

The American government has shut down and it should stay that way. For the past fifty years, this government has been writing checks it can’t hope to cash, burying itself in mounds of debt, and creating social chaos by spitting out program after program without a plan at all.

In essence, politicians figured out how to keep the voters happy: buy them off. If you can’t give them freebies, give them big emotional symbols like civil rights, patriotic wars, “jerbs,” saving babies and warm fuzzy feelings about everyone being equal in potential. The bill doesn’t come due until long after the culprits have fled.

If we kept the military, and slashed the rest of government, we would miss some functions. However, that’s not to say that (a) other methods could produce those same results and (b) those methods might actually be better. For the first time in two centuries, we might be exploring new ground.

For example, I like the idea of wise elders for life that aristocracy gives. And the libertarian ideal of local communities contracting with service providers to get most things done. Would there be problems? Most certainly. Would they be bigger than what we have now? I don’t know, but it doesn’t matter.

It doesn’t matter? No, it doesn’t. The simple reason is that looking at individual problems is government’s way, and it hasn’t worked. Instead, we need to look at the whole situation. Is it a neurotic, fearful and cowlike society, or a relaxed, ambitious, healthy place where people look forward to challenges?

Our civilization is dying and government has been only too happy to hasten the decline because instability creates dependents and morons are easier to corral than geniuses. As our government dramatizes its crocodile tears failure yet again, let’s consider a permanent solution: shut it down and keep it shut so we invent something better.

National-Anarchism: A Reader edited by Troy Southgate | All you need is love