Government Destroys The Value Of Your Money 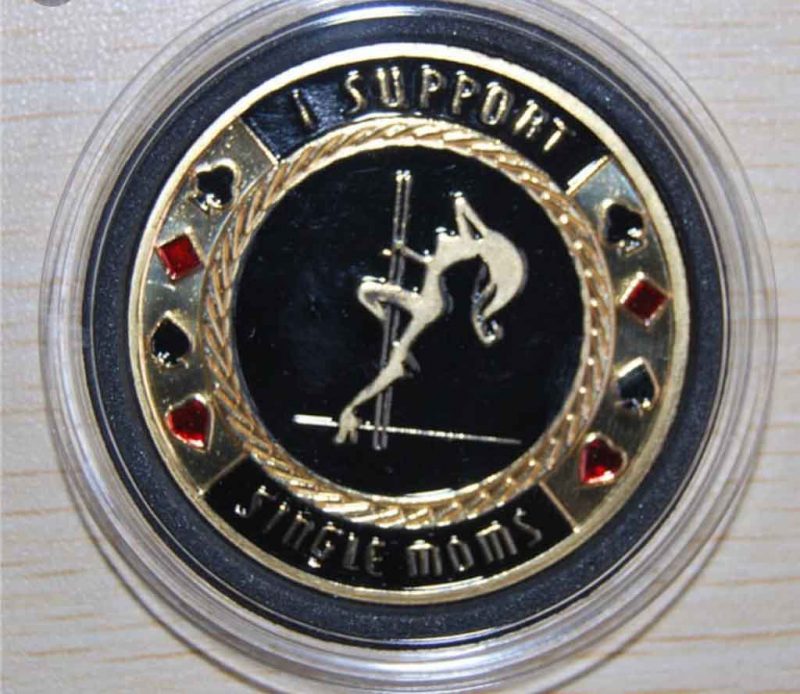 Governments have always enriched themselves at the expense of their peoples via the managed commons. One commons they manage is the national currency. Governments cannot necessarily enrich themselves at the expense of that currency, but they can help effectively pay off a portion of their sovereign debt by inflating the currency so that the nominal debt loses real-world value.

By doing this, however, they also degrade the real world value of any money they hold without spending or investing at the rate of inflation. This also decreases their ability to buy goods and services on behalf of their taxpayers with the receipts of that taxation. Here’s how John Q. Citizen gets stuck with the tab.

Governments measure nominal inflation via the consumer price index. For the sake of today’s piece, I’ll be somewhat too ingenuous and take The Bureau of Labor Statistics at its word. In recent years, we have pretty much rotted out currency at a 2% rate of inflation. Doing some fairly simple monkey math that slightly underestimates inflational damage, you can divide the annual rate of inflation by 365 and get a loss per dollar per day for money that sits in a government account somewhere doing nothing productive. So that’s 5.5 cents per $1,000 at a 2% rate of inflation that gets lost when government money is inactive relative to that inflation.

Now let’s assume an annual budget of $4 Trillion. A spend plan engineered to evenly spend $4 Trillion over an entire Fiscal Year will lose a substantial amount of value from the money awaiting expenditure as the budgetary year unwinds. You can Calulate that loss using an excel spreadsheet that looks something like an amatorization chart on a mortgage. Here’s how a government pockets one-half the annual rate of inflation at taxpayer expense every year. 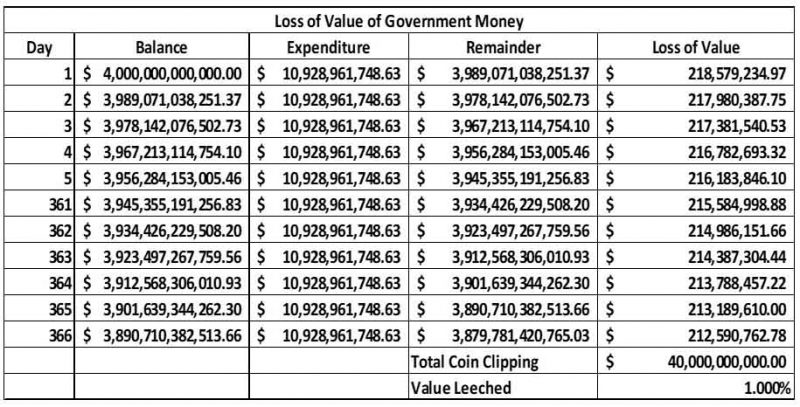 If I stop being nice to the BLS and assume real experiential inflation is more like 12%, we get $900/year. It’s not the worst thing a government can do to you. It is, however, one more way that everything you have gets eaten by the state over time. It’s like the Pickle Jar story. They give you a little bit less and then lie to you about how much you’ve received. At some point, everybody catches on and gets pretty angry.