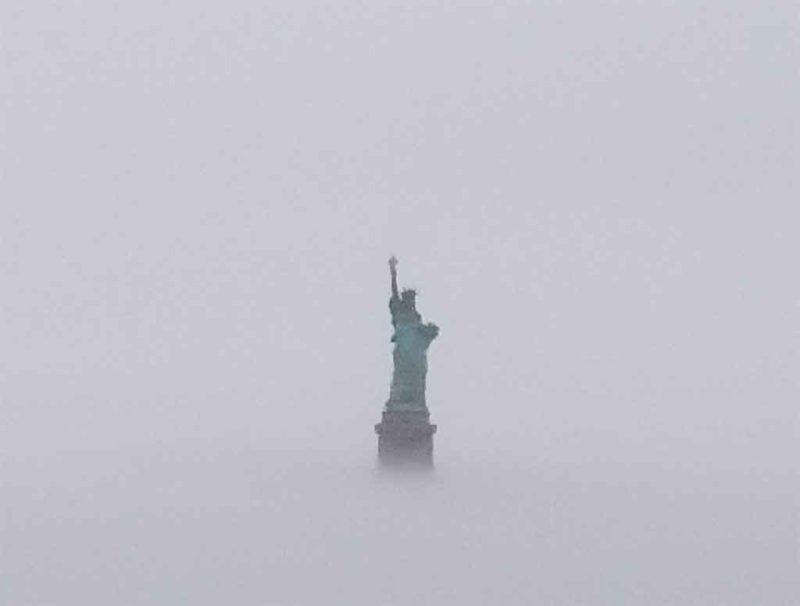 Very few noticed the significance of it, but a GOP representative placed the topic of citizenship removal on the table when he introduced a bill to remove MS-13 members from the United States permanently. Rep. Lee Zeldin (R., N.Y.) would allow the government to revoke citizenship of those who became involved in gangs within a decade of emigrating to America.

All in all, the MS-13 physical removal bill is rather mild:

The Protecting Our Communities from Gang Violence Act would allow the U.S. government to revoke the citizenship of individuals who came to the country as immigrants and got involved in gang activity either prior to or within 10 years of becoming a naturalized citizen. The act seems to be the direct result of an increase in the numbers of crimes being committed by MS-13 gang members in Zeldin’s congressional district and the state of New York as a whole.

…On Thursday, three MS-13 gang members were sentenced to prison for the execution-style murder of a fellow 19-year-old gang member. The three men will face deportation after serving their sentences.

“United States naturalization is a privilege not a right, and those who have had this privilege bestowed upon them must respect and uphold the laws of our land,” Zeldin added.

The importance of this act is that we have broached a topic that previously was taboo: They Have To Go Back.

Right now, the focus is on gang members, but as modernism ends — it is fading out around us, at least in terms of our belief in its validity, goodness, and utility — internationalism, or that tendency to erase borders through globalism and diversity, is fading even faster. People want to live among people like them only.

If we start by removing gang members, and move on to removing people who are convicted of other crimes, it will soon be a short step to repatriating people because they are not part of the future that we envision for ourselves. Specifically, we want what made 1950s and 1980s America and Europe better than now, which was rule by the founding group of Western Europeans.

The government is going further and seeking to make denaturalization a normal penalty for immigrants convicted of crimes, perhaps to avoid repeat offenders like the delusional psychopath who killed Kate Steinle:

The Department of Justice announced Thursday it is seeking to strip U.S. citizenship from five naturalized immigrants who lied about their criminal sexual-abuse history during the naturalization process.

“Those who wish to become American citizens ought to respect our laws and seek citizenship lawfully and honestly,” Attorney General Jeff Sessions said in a statement. “Anyone who lies, misleads or omits critical information in an attempt to evade the requirements for naturalization undermines the credibility of our nationâ€™s generous, lawful immigration system.”

Even more importantly, Sessions has extended the penalties that can lead to loss of citizenship to cover someone who “lies, misleads or omits critical information in an attempt to evade the requirements for naturalization.” This is a short jump to denaturalizing people for having incorrect data on a form, running from police, lying about participation in a crime, or failing to report the correct address. Sessions could use this to clean out not just criminals, but anyone whose citizenship process contained any errors or falsehoods.

Until this point, no one has been willing to mention the fact that citizenship is regulated by law, and if the Right seizes power in the US and Europe, we have the ability to repatriate those who do not fit. Today, MS-13 is a threat to America; soon, anyone who is not ethnically French will be a threat to France.

Modernism had us thinking solely in terms of individuals and their rights. If the age after modernism has a pattern, it will be thinking in terms of intangibles — nature, culture, values, civilization, ethnic groups — as having rights that are more important than individual rights.

In that light, individuals who do not belong in a nation become a threat to that nation, and peaceful repatriation by legal means, starting with the most destructive, will set off an avalanche of fleeing outsiders and deportations. This will lead us from the dark days of diversity toward a brighter nationalist future.

Trump, Tariffs and Manufacturing Employment | Ground Truth Resegregation Leads To The Bottom Dropping Out For Diversity