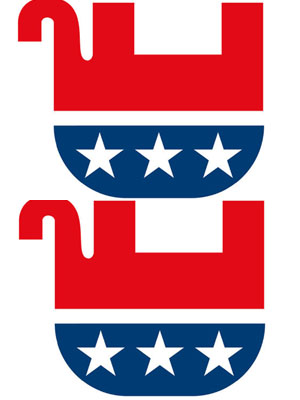 America (and Europe) really fell apart in the 1990s. The 1980s were tough and rapacious, but we knew that they would pass and we could get back on track. Then the hippies hit their forties and took over, and America went from the kind of place with a feeling that we were all in it together to a place where you look over your shoulder because you don’t trust anyone to share your values.

One reason why I attack diversity, instead of specific groups, is that it doesn’t matter what groups you mix into a society; when you dilute that fundamental sense of “us” and group feeling created by shared heritage, culture, values, language, customs and beliefs, you create a place without trust. A giant shopping mall, essentially, with cops to stop you from interrupting commerce with murder and mayhem, where every activity is a paid event, and where there’s no place to stop and rest because you constantly need to be either making money or shopping. It’s hell on earth.

The real reason conservatism is bouncing back is that people are noticing what they’ve lost. This isn’t an issue, like abortion or gay marriage, but a change in direction. The conspiracy of a million issues. A culture war in which the idiots, who always preach easy lies and try to bully you away from complex truths with guilt and shame, have won because it is always easier to be lazy than brave. But there’s something in the way.

Let me digress: In the 1970s and 1980s, people were mostly honest in the nice parts of town. If you went to a grocery store, and broke something, you’d tell the manager. They’d usually wave off the cost and send you on your way. But still, there was a basic honesty. If they forget to charge you for an item, you told someone and paid for it. There was a lot of goodwill. But things changed in the 1990s. Grocery stores got cynical because they could no longer count on the vast majority of their customers to have goodwill. They began to nickel ‘n dime their customers right and left. The result was that the assumptions of goodwill went away.

Fast forward to 2013. I’m in a grocery store, buying (among other things) onions. The white onions are clearly marked at $0.99 a pound, which is a good price. I get three pounds, pay for my purchases, and exit the store. Later on a whim I check the receipt; the total seemed approximately alright. But I’ve been charged $1.49 per pound for the onions. An irrelevant minor detail? That’s what the mall owners would like you to think, anyway. But to my mind, it’s one of many small aggressions against my person that make me lose goodwill. Next time I’m in that store, if they forget to ring up one of my items, I’ll be a smart shopper and keep my mouth shut. There’s a loss of goodwill there, and now I’ve accepted that as the norm and adapted to it.

Conservative parties have created a loss of goodwill. They did it to themselves, both by being the stupid party and now a corrupt party. For years, they could get by with simply being less crazy than the democrats, and they’d always win when it was time for a war. But their incompetence is breathtaking. There are too many chiefs and not enough braves, and that results in them tripping over each other and never getting anything done. But now they’ve done even worse.

With the endorsement of immigration amnesty by prominent “conservatives,” the Republican party have gone from incompetent to corrupt and unforgivably stupid. In the name of bipartisanship, they elected to replace mainstream middle class America — the only people who consistently vote Republican — with a third world majority, who always vote democratic and never vote more than 25% toward a conservative party. It was suicide, do you see? The Republicans just picked up a gun, pointed it at their own head, and pulled the trigger.

Now, there are many reasons for this, my dim-witted but socially-savvy friends say. Maybe it was just their opinion. If so, it was a denial of reality, and that’s stupid. Maybe they honestly thought they were doing something good. For whom? Not for their constituents, which makes them corrupt and stupid. Good, how? They missed out on how it’s also bad, which makes them droolingly stupid. This leaves us with only one direction to go: either they’re terminally stupid, or they’re terminally corrupt. I wish I were like the liberal teenagers who can assume that someone has reached high office through laziness, stupidity and background. That never really ever happened, since no one appoints the incompetent to an important position as it will reduce the appointer’s prospects as well. That leaves only one option: they are corrupt.

And when you think about it, applying Occam’s razor and all that, this explanation makes the most sense. There are interests with billions of dollars on the line here; what’s a few hundred million to scatter among Congresspeople? Each Congressperson needs, what, five million to retire? Done. We buy twenty of them per hundred million, which means we can buy two hundred before we even dent our budget. And we probably don’t even need five million for the ones from rural counties or of junior status. What a bargain!

What this means is that the Republicans have joined the erstwhile far-right in the dustbin of history. It’s not surprising that the same thing is happened in the UK, our sister nation, where the mainstream conservative party has become so liberal that conservatives are defecting in droves.

It used to be enough to wave the flag as a conservative. You got out there, talked about patriotism, abortion and free markets. That would keep the constituents, you thought. In the same way, if you were a far-righter, you got out there and talked smack about Jews and African-Americans, mentioned the far off ultimate race war which would set all wrongs right, and let the donations flow in. Both were lazy, both dysfunctional.

I have a simple solution to this problem: we have two things that don’t work. Combine them, kick out the incompetents, and rebuild from within by getting good people in the ranks. I see lots of people out there, but most of them won’t pick up a feather if it doesn’t contribute to their immediate pleasure, self-image or wealth. That’s a kind of corruption too, and I think such people should be kicked to the curb and replaced. The ones who aren’t so infected should invade these rotting carcasses of political parties and give them new life.