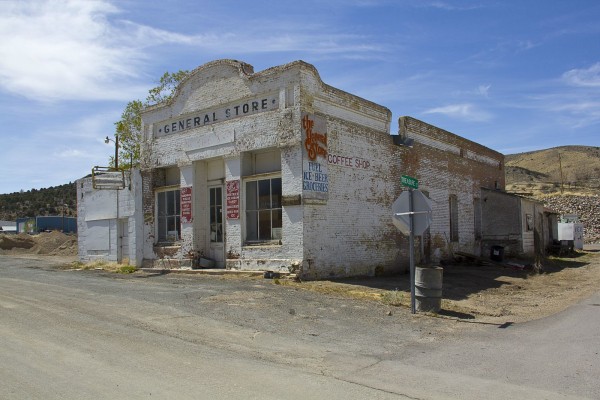 Annoying. No other words achieve the appropriate introduction to an article about the most odious of trends, the tendency to make all foods gluten-free in response to the latest faddish health panic. Like cholesterol-free and sugar-free foods in the 1980s, manufacturers stamp these words on products that never had any need for gluten because they know that the credulous herd is more likely to buy them.

If you are reading this blog for any reason other than stumbling here accidentally because you mistyped a search for pornography or dubstep music, you do not need the above paragraph because it states the blindingly obvious. Regular readers come here for what has been under-noticed rather than the obvious spun into deception, which is what they get at most other web sites.

Let us look instead to the positive side of the gluten-free trend: the fears and standards of a buying public have forced, without government intervention, the market to correct its previous habits. Assume for a moment that adding gluten to food was an inexpensive substitute for other ingredients, which seems accurate from a survey of the snacks aisle at least. Industry took an easy way out; the population rebelled.

Raw capitalism — while always superior to socialism, which conveys thriving nations into tyrannical poverty — can be a terrifying thing. We all know how fast food replaced other forms and how corner-cutting has caused loss of life and limb in the past. Capitalism was never intended to stand alone, or be a goal in and of itself. Economists and political philosophers always factored human choice into the equation, and saw it as the only effective check on market forces, superior to centralized government which can only write more regulations which raise cost by employing a layer of bureaucrats and lawyers.

If the same consciousness resulting in mass preference in purchases that applies now to gluten-free were applied in other areas, the power of the market could be used to tame the market itself. Imagine Americans demanding movies be degeneracy-free, politics be slander-free, media be lie-free, and that taste-free foods and other abominations like light beer and light cigarettes be banished to the dustbin of history.

By capitalist principles, the sellers of these goods would look at a simple proposition: sell more, or sell less. If the additional sum of money received for removing the negative traits of the product is greater than the cost, sellers change their products. This basic math lies at the core of capitalism, and at Darwinian adaptation in nature: if benefit is greater than cost, make the change.

When we think of the idea of culture as a force to limit capitalism and other “invisible hand” systems based on popularity, like government and social popularity itself, we see a third option to the eternal capitalist-versus-socialist drama that occupies 99% of the airtime in politics. Culture rules without being controlled by shadowy forces, and restricts negative behaviors while promoting positive ones, all without being intrusive.

It can be thwarted by the presence of excessive fools with money. When a seller offers a good quality product at a good price, and someone else figures out a way to make a similar but inferior product at a lower price by cutting corners, the first seller finds that benefit is no longer greater than cost and similarly cuts corners. This creates a “race to the bottom” where each seller tries to cut more corners than the others. If culture does not tame this race, by demanding quality over quantity (cost), a society of ersatz substitutes results.

Ancient societies receive criticism from modern people, most of whom have done nothing more complex than attend a job, for keeping its less intelligent people impoverished. When we give the less intelligent (and certain over-educated but foolish people) money, they spend it unwisely. This creates a market for stupidity that rewards corner-cutting mediocrity. That in turn drags the entire nation down to that level. For this reason, civilization-destroyers like Crowdists always insist on welfare, socialism, subsidies, and other wealth-redistribution: to lower the intelligence of society as a whole by lowering its standards.

Most of us think the gluten-free trend is stupid or, at the very least, has exceeded any intelligent application. We should instead look at the power that is wielded by groups of people when the intelligent have enough money to make their preferences known. We might even end up with healthy and flavorful food again, even if most of it is still not gluten-free.