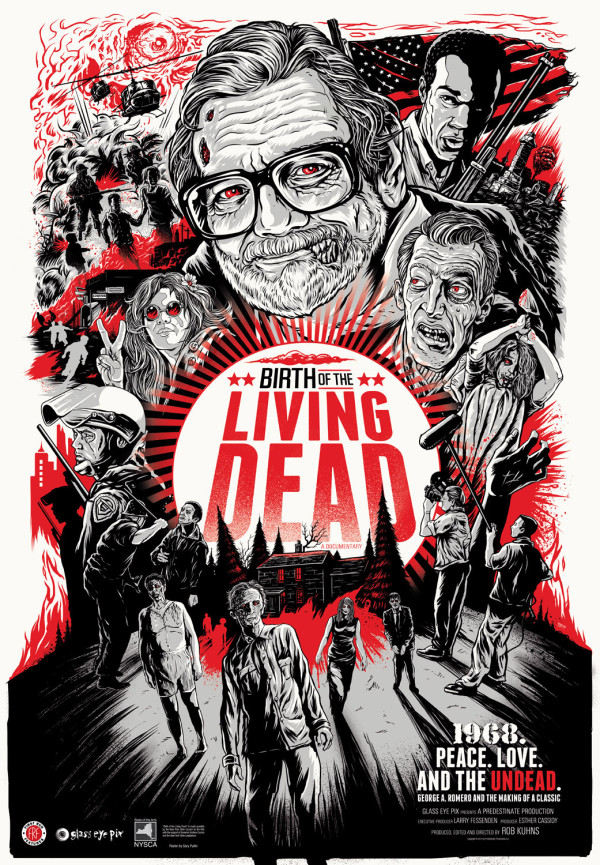 It is almost impossible to screw up a documentary about one of the most iconic movies in history, but this team managed to bungle it by appealing to audience feelings instead of telling the story. For some background, Night of the Living Dead (1968) achieved many movie industry firsts: a low-budget film from Pittsburgh, focused on the yet-untrendy topic of zombies, with an African-American actor, and no particularly positive message.

In theory, Birth of the Living Dead tells the story of the creation of this film, but it runs into trouble when it reaches beyond that. The thirty minutes of this film that consists of interviews with director George Romero and others associated with the film, often as voice-overs on scenes from the movie, tell a very compelling story and are well-done. On top of that the movie-makers heap numerous experts, both black and white, who tell a politically correct version of the story… over and over again, without adding anything substantial. The documentarians are reduced to filming one local cinema expert during his day job as a teacher as he instructs some not very bright kids from Philadelphia in the ways of horror films, and then allows them to be interviewed for lengthy answers consisting of reuse of the same nine words in different orders. Most sensible viewers will shut off their brains halfway through this documentary because of this fluff content, but owing to its political safety (and the risk of being seen as disliking it), will just keep churning through despite the bulk of the documentary being less interesting than a washing machine commercial.

One interesting aspect came from the discussion with Romero about the thesis of this documentary, which is that Night of the Living Dead reflected the political and social upheaval of the late 1960s. Romero chose his words carefully, and then apparently never spoke of it again, forcing the documentarians to incorporate the following text:

I think mostly that the 60s didn’t work.

We thought we had changed the world or were part of some sort of a reform that was going to make things better.

In liberal SJW hipster land, it is still rebellious to talk about how you do not notice race, despite plenty of evidence that this is a social conceit and nothing more, and that people of all races prefer honest noticing. In the land of brain-dead Baby Boomers, saying the same thing over and over again is acceptable if you have the right thing to say, and the audience is expected to pay attention to you because it is the right thing to do. But the point these people have missed is what Romero was subtly attempting to tell them: our world has been taken over by zombies, who have given their brains to whatever socially-acceptable trend is in power, and they are coming to destroy the brains of those who are not infected. In particular, zombies resemble the revolutionaries and leftists of the world who claim their ideas are “liberated” and “enlightened” but then swarm and destroy anyone who does not surrender to agreement. In this way, whether he knew it or not, Romero rose above his time and revealed the actual essence of the 1960s which was mass conformity in the name of non-conformity and destruction of social order as a means of avoiding confronting the real problems of society and the unpopular (and thus invisible) solutions to them.

Night of the Living Dead remains a cinematic classic; the documentary about it from 45 years later will be remembered for a few great lines from George Romero, some interesting trivia about the film, and then lots of bathroom and smoke breaks while the politically correct propaganda wound down. Otherwise, this documentary is a waste. Most of the screen time consists of entirely irrelevant material, and the interviews that were conducted were either sparse or erratic and produced a lack of really good material beyond the obvious stuff that supports the thesis of the documentarians. While the internet raved over this film and rated it highly, the reality is that the documentarians and the fans of this documentary are the zombies and Romero rather wisely did not let them far into his confidence, making for a boring and relatively uninformative documentary.