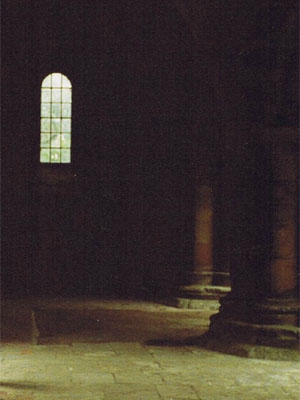 As citizens from after the demythologization of nature, we recognize that evolution gradually makes smarter, stronger, and healthier creatures through natural selection.

If we are honest, we acknowledge the same in our society. Generally speaking, the more intelligent, attractive, capable, stronger and healthier rise and those who are obstructed by lower ability or ineptitude fall.

Some belief systems are immensely popular because they oppose this notion. If all you want are warm bodies on your side, you should preach the word that ability doesn’t matter; all that matters is that you are human and thus you are equal.

One side of any healthy restoration of a society will be a renewal of choosing people based on ability, without the egalitarian subsidies of government regulation and social pressure.

Ability-based choice goes both ways. It means the attractive blonde must demonstrate her competence before we promote her for being beautiful. It also means that we do not give an extra lift to those who are disadvantaged or marginalized. They face the same test as everyone else.

However, people tend to see ability-based choice in a false dichotomy. In this human fairy tale, the smart tend to be cruel and the dumb tend to be kind-hearted. The problem with picking by ability, they claim, is that you get cruel tyrants.

These are people who have not spent much time in nature. The cruelty of an organism varies in inverse proportion to its power. That is to say, the truly cruel animals are the ones with almost no power. They are consequently bitter and intensely competitive.

At the top of the power cycle are those who are powerful and know it. Wanton cruelty to them seems pointless and impotent, as well as boring. They are interested in the exercise of power toward a goal because they see anything else as beneath them. They are proud, but their pride disciplines their self-control.

This makes sense when you consider that traits seem to cluster together. Smarter people tend to be healthier, better-looking and more noble. With intelligence comes a higher degree of organization and a greater degree of foresight, which eliminates the appeal of many behaviors.

People of greater power are generally not constantly trying to demonstrate their power. There is no need for them to do this. In addition, the people who will understand are few. As a result, they exercise their power selectively and to great effect.

Throughout the world, this principle is consistent. It shows us that there is a greater component to intelligence than the linear, and that is character. Linear intelligence measurements are essential and accurate, but on top of that, the degree of nobility of mind must be considered.

Recall those great Japanese rubber-monster-attacking-Tokyo movies. In them, a previously unknown threat would emerge; all known methods would fail; some skinny nerd would invent a possible way of dealing with the threat, and it would usually be less satisfying than the military solution. But in the end, the nerd prevailed.

It’s the same way with natural aristocracy among human beings. The race for greater degrees of ability in known task-areas is a mighty competition, but at some point it tends to reward those who prepare with a manic single-mindedness, not those who can think.

The thinkers are the ones who can deal with previously unseen problems, or notice when whole systems are out of whack just by looking at the details. Otherwise require linear methods because those allow them to use all of their intelligence in a focused manner.

The phrase “gentleman” and “gentlewoman” are mostly lost to history in terms of meaning, but one derivation of this term refers to those whose methods are gentle, not a matter of brute intelligence but of organic depth of thinking.

Throughout human history, victory has belonged to the biggest brute until the gentle people come along. They may be ruthless, these gentle people, but their modus operandi is to fix things, to create new things, and to work around problems rather than bashing them head on.

In 1789 our society decided it no longer wanted gentle people. It wanted equal people, which required linear assessments of ability based not on depth of thought, but on linearity of it. Results have decline so much that many now want the gentle people back.