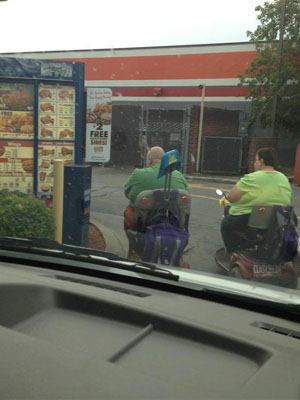 Since the year 1789, when the French Revolution changed European politics with a decisive stroke, the West has been exclusively the province of democracies.

Democracies take many forms, but in their modern style, they all share certain tenets: everyone can vote and every vote counts equally; people have certain civil rights; freedom of association is limited by law; freedom of purchasing and business is mandatory.

In theory, a count of votes allows a society to express the “will of the people.” In practice democratic societies, because they endorse the equality of all points of view, tend to be pluralistic, or composed of many incompatible points of view at once.

The idea of the will of the people exists only if there is one will. Because the society is pluralistic, the decision made does not express a pre-existing will, but a compromise forced upon the people by the fact of the election.

The result is not an expression of an underlying will, but an ad hoc cross-section of society, which tends to center around the lowest common denominator, because without an underlying will there is no goal and thus voting becomes a matter of convenience.

In addition, the average voter is harried and stressed by a decision they do not have the ability, information or patience to make. They are aware that their vote will in part determine their future, so the pressure is on them to make the vote as quickly as possible which results in them choosing the first plausible option.

A democracy will insist that this cross section is equal to the whole because that is the fiction upon which it is founded. However, what results is a perpetual state of compromise, which is the opposite of leadership.

For this reason democracies tend to be unresponsive to long-term problems and fixated on “galvanizing” issues that are mostly emotional in content, provoking enough reaction to force the audience to confront the election and vote consistently for one side.

An exploration of this situation reveals the motivation of democracy. It is not, as stated, to choose the best leadership. Instead, it exists to keep power out of the hands of single individuals like kings or tyrants, and by vesting that power in a perpetual state of disagreement and compromise, neutralizing power itself.

Unfortunately for democracy, it perpetually leads to even greater tyranny because that inability to make decisions will eventually threaten even the most stable nation.

Since this threat is always visible, the human instinct is to go into denial, and to insist that a group of people of average low ability who are forced into a compromise situation will produce the best leadership.

It is no wonder that democracy is popular with those in power, since in this environment of chaos and instability the first mass-produced, well-funded and non-committal platform wins. People pick the least worst option.

Since 1789, the fortunes of the West have declined mightily through this lack of leadership. If we are to reverse our reversal, a good place to start might be an overhaul of modern democracy.