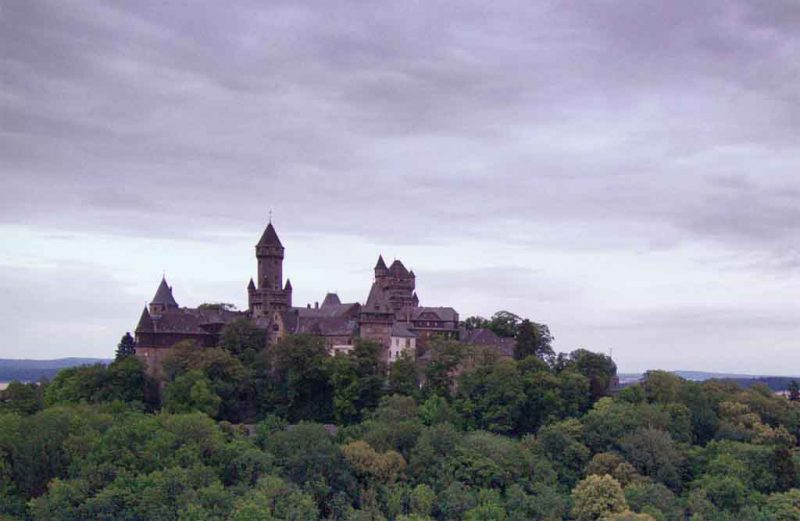 If you want to know how well Leftist social engineering is working, just ask Generation X. Born in the late 1960s through 1970s, these children were the first to experience the changes wrought by the Leftist cultural revolts of 1968.

They saw WASP America replaced by mixed-ethnic Amerika, and then the rise of racial integration and eventually, mixed-race communities. They saw homosexuality grow from a subset of bachelorhood to a full-fledged political movement. They survived the Cold War as the people whose adult lives would not have happened had a finger slipped on the football or radar picked up a flock of geese as a Soviet launch.

Among this group, many of us may be described as moderate extremists. That is, we would do anything to get back to a moderate position and an America like the 1980s or, better yet, whatever it was before 1968 came in and made everyone manic and filled with existential fear and a desire to “make a name for themselves” through grandiose, ideologically-driven gestures.

We just want normal lives. We are not like the Abolitionists, trying to cure the world; we know that it will always be evil because most people are of that low-level of craziness which allows them to be functional on a day-to-day level but unstable on any more advanced strata. We are not like the conservatives, pining for a 1950s America remembered selectively; we know that things were broken long before that, even if we would rather have that than what we have now. We just want an orientation toward sanity, stability, and health, including lives that do not involve us slaving away at McJobs in order to pay for the vast third world horde who are here for the social benefits that Democrats use to buy votes.

We have known our whole lives that humanity is doomed. It was not just the cold war, the Bonfire of the Vanities racial tension, the Gordon Gekko careerism, the utter control that insurance had over our futures, the politics of keeping up with the Joneses both in material stuff and “moral” accomplishments, the lunacy of the Moral Majority and the insane fundamentalist churches, the increasing incompetence and inability to deal with reality of adults, and the way consumerism had turned every object and stretch of ground into a product with a price tag on it. It was the knowledge that this pattern was like a wave curling offshore, or a tornado forming in a dusty field, because it started as a small error and through the need of people to defer to others, spiraled into a massive conflagration of doubt, illusion, manipulation, and existential despair.

We grew up feeling doomed, saturated in media that admonished us to carpe diem while at the same time shoveling us into a modern lifestyle that no one intelligent and sane actually wants, namely living in white flight suburbs and commuting to toxic office politics jobs so that we can pay the taxes to keep our permanent underclass happy because our society is now, somehow, based on them and not us. We saw that however these decisions had come about, both political and cultural, adults had lost track of everything important and replaced it with the symbolic.

That results in an experience like growing up with omnipotent alcoholic parents. The booze never stops flowing, and they have total control over your lives, so welcome to laboring away only to see the fruit of your work destroyed by the irresponsibility of others. Our parents gleefully told us of their own suffering, such as how Social Security would never pay us a dime, how surely the world was going to burn any moment, and how society would probably not be around in another forty years or so, which was time enough for our parents to die but meant that the prime of our lives would be spent negotiating the errors of the past centuries.

Our teachers insisted that — among all the PC literature — we read all the classics from the 1920s and 1930s, which showed us essentially that society was out of control, ruled by doubt and despair, and gutless because it gave up hope with its first great ideological war, WW1. We saw how that war transformed happy-go-lucky brave people into maudlin, childless, alcoholics raging their way across the world in a pursuit of a personal narrative that made them seem unique and special, unaware that no such thing exists to those with enough experience. We saw how we are living in the perpetual cycle of the same drama, acting out the unresolved tensions from the Civil War, the World Wars, and the war against Communism, which seemed to fizzle out when the Communists in Russia failed and then, apparently, all moved here because by 1968, the West was so Leftist in its fundamental cultural attitudes that it might as well have surrendered to the Communists.

For the first time, a generation saw special interest group America, where each person had some issue that defined their view of the world. At first it was advocacy groups like MADD or the church, but then with the rise of ethnic- and racially-mixed society, it became nascent identity politics, where each person was expected to work for the interests of their group (except WASPs, of course). This turned people into characters like the “progs” in the video game Robotron 2084, bizarre techno-biological hybrids who went around reprogramming normal people into maniac devourers driven by ideological compulsion. No one was “normal,” and everyone wanted to be different, which meant that there was no center, no home to return to, and no stability, only an infinite wasteland of bad options as we tried to define ourselves.

Generation X became the first generation to partially escape that idea. We stopped looking for exceptions to the rule, and simply became the norm, which is the “moderate” part of our “moderate extremism.” However, we also saw that we needed the return of a sane normal, instead of an insane normal populated by robot-zombie “normies,” which required overthrowing everything. Not just the government, as the far-Right alleged, but the entire System. Democracy needed to go, as did the twins consumerism and Communism. Divorce needed to burn, all the insane people needed to go, and of course it was obvious to us that a mixed ethnic/racial society never had functioned, so all of that needed to be removed as well. Jobs had to be obliterated, replaced by some kind of lifestyle defined by autonomy balanced with social role. Casual sex left us devastated and underconfident, and it needed to perish in fire also. All of it — everything from the Civil War, WW1, and 1968 periods of invention — needed to get chucked in the big plastic trash cans behind our suburban homes, and we needed to start over.

Of course, this was of limited comfort to us since we were ejected from our broken homes into a world still ruled by the 1968 generation, and their primary party trick is denial, or refusing to admit that there is a problem especially when that problem is acute. To that generation, raised on Dale Carnegie salesmanship and WW2 propaganda, whatever you could convince other people was the truth was in fact as good as the truth, and so they operated like prisoners in the holding cells of a vast regime, denying everything until the end. We knew that the world would not hear us until we were in our fifties, and at that point, we would be replaced by the people who grew up in the post-1968 educational system and so were true believers in the ideology of our neo-Communist consumerist regime.

To the rest of the world, we seemed like poor little rich kids. At a time when most people were living on cents a day, we spent more on coffee and cigarettes than the GDP of most nations. This misses the point: most of the world is flamboyantly incompetent, managing to hammer itself back into poverty by being criminal in outlook and unable to organize as societies, and the fact of us rising above that low bar convinced us of nothing other than the utter uselessness of most of humanity. We were wealthy, yes, but also like Major T.J. Kong riding a bucking nuclear bomb like a bronco into the inevitable doom of not just our societies, but the rest of our incompetent species with it. The rest of them were too inept to know that they were doomed; we knew, and it tore us apart, mainly because the disease was within us and running deep, and that is the kind of thing that can only be fixed when everyone stops trying to have normal lives and goes into moderate extremist mode to fix the problem before it goes far.

Now, finally, we have some hope. In the fifty years since 1968, everything that the “radicals” (actually: radical conformists) back then desired has been implemented and subsequently failed, just like their parents warned them it would. In the century and a half since the Civil War, race relations have gotten progressively worse to the point that the country has de facto balkanized and is prepared for race war. In the two and a half centuries since we adopted democracy, we have gone from an orderly system of rules to a Constitution misinterpreted and raging mobs of filthy, perverse, solipsistic, obscene, angry, greedy, and schizoid people chanting slogans in the streets, just as our ancestors in Athens warned us would happen. Hitler, for all of his sins and failures, has been vindicated on the question of diversity; the Confederates have been proved the moral and intellectual victors of an unwinnable war — they were hopelessly outnumbered and outgunned by industrial society — whose philosophical battles we re-fight every day. Most of all, the kings and aristocrats of the past have come out of this looking like geniuses for stepping back and letting the “new” idea of democracy take hold and then burn itself out, leaving a wasteland that will require absolute power to fix.

Our world keeps changing and the future belongs to the past. Tribalism has intensified, not just on a racial level but an ethnic level; our distrust of democracy means that it is a walking corpse. We want normalcy so badly that we want to live in societies where standards of behavior are closer to absolute than optional, and we no longer have tolerance for the neurotics and other casually insane people that we see walking around this wrecked place. We want social order, not more autonomy, becaue we recognize that when people are made into herds, they become stupid and destructive. We wish to avoid that and to tear down this system and replace it with something that works not simply for producing wealth and power, but for being good and living sane, normal lives without the horror that 1968 visited on all of us.