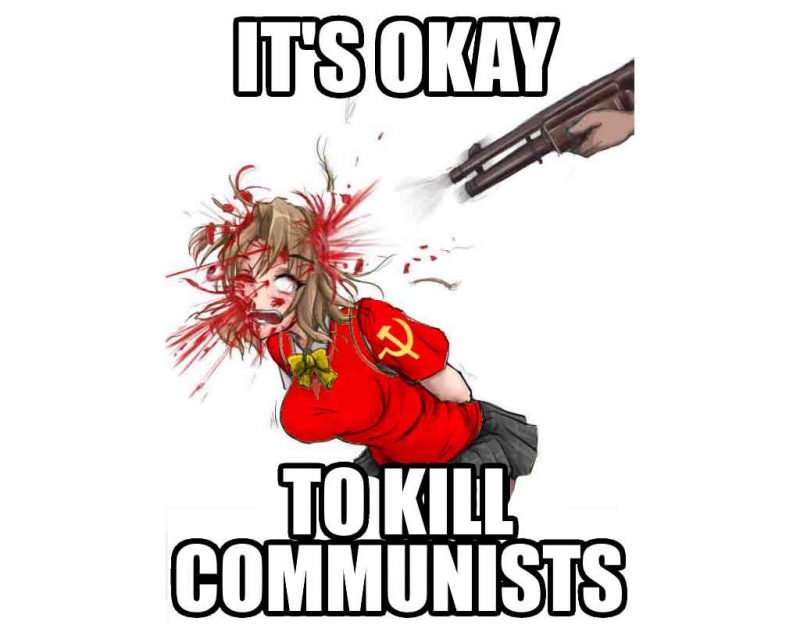 Internet companies will be remembered for not having thought about their content policies much before making them.

Prior to the CDA/DMCA, our legal system followed the Prodigy rule, which was basically that if a site edited (including censorship) its content, it was a publisher, and not a common carrier platform simply conveying content from one user to all others.

In that view, the user was the publisher unless some sucker stepped in to take that role and assume that accountability. This was an anti-censorship rule, mainly because it encouraged companies to filter out content mechanically, for example with anti-profanity and anti-slur filters, but once it hit their pages, to leave it alone. This was a nice compromise.

Idiots in power — the voters — got involved, big Hollywood money came in, and Democrats saw a power grab, so we got a series of pro-censorship rules which basically said that internet sites were indemnified no matter what they did. This encouraged censorship because business always likes to remove actual controversy and replace it with false drama, since the latter is easy to create and eternally fools the rubes.

At this point, internet sites can take one of two courses of action:

In this way, responsibility shifts to the users for the most part, and the issue is set aside.

However, normal people do not “use” the internet in the same way that dedicated users do. Normal people use services, check in every now and then, and browse content, but are unlikely to be on social media much.

Consider that only about a quarter of Americans are online frequently for sessions rather than checking in to research something:

As smartphones and other internet-connected devices have become more widespread, 31% of U.S. adults now report that they go online “almost constantly,” up from 21% in 2015, according to a new Pew Research Center survey conducted Jan. 25 to Feb. 8, 2021.

Flip this around: it means that over two-thirds of Americans are online rarely if at all.

This skews toward the Democrat audience, college-educated “whites” and minorities who are in office jobs:

Some 42% of adults with a college degree or more education go online almost constantly, compared with 23% of adults with a high school diploma or less education. At the same time, the shares of White, Black and Hispanic adults who report using the internet almost constantly are statistically the same. Some 37% of Black adults say this, while 36% of Hispanic adults and 28% of White adults report going online on an almost-constant basis.

While 40% of adults with an annual household income of $75,000 or more say they use the internet almost constantly, this is true for just 27% of those living in households earning less than $30,000 a year. Adults who live in urban areas are the most likely to say they go online almost constantly, compared with suburban residents and an even smaller share of those who live in rural areas.

Interestingly, most of these are older, meaning that they are wasting time at those jobs during the day, which means that those jobs are likely easy and not particular important if they get screwed up:

Keep in mind that of this group however, most appear to be spending time reading news and shopping, and are not devoted social media users, as we can see from social media usage:

The updated results based on March 2009 Comscore data, and presented by Comscore chairman Gian Fulgoni and Kim McCarthy, manager, Research & Analytics at Starcom, at the iMedia Brand Summit in San Diego on September 14, 2009, indicated that the number of people who click on display ads in a month has fallen from 32 percent of Internet users in July 2007 to only 16 percent in March 2009, with an even smaller core of people (representing 8 percent of the Internet user base) accounting for the vast majority (85 percent) of all clicks.

The people seeing ads are the ones on social media, and they tend to have lower incomes than those who are just browsing Amazon during their life sentence at their easy urban jobs:

The study illustrates that heavy clickers represent just 6% of the online population yet account for 50% of all display ad clicks. While many online media companies use click-through rate as an ad negotiation currency, the study shows that heavy clickers are not representative of the general public. In fact, heavy clickers skew towards Internet users between the ages of 25-44 and households with an income under $40,000. Heavy clickers behave very differently online than the typical Internet user, and while they spend four times more time online than non-clickers, their spending does not proportionately reflect this very heavy Internet usage.

In other words, the social media audience represents about 6% of the heavy internet users, who are 31% of the population. A tiny group exercises undue influence because it is the audience upon which Silicon Valley depends.

An even tinier group — influencers — serves to coordinate this hive-mind hugbox mob of trend-chasers, and these are bought by industry for pennies on the dollar compared to a traditional advertising budget:

The network takes a portion of the money, and the influencers often make around $300 in her experience, she said. At first, this may seem like a lot, but Brown said now that she is more established in the influencer space, she charges between $1,500 and $2,000 for a sponsored Instagram post or story combination.

As covered here before, this means that the Dot-Com 3.0 bubble — following the 2001 and 2006 implosions — is ripe for another collapse. In fact, it exists mainly because companies learned to start targeting the heavy users and faking their statistics accordingly.

Based on media hype alone, social media took over the media, and became a big business, based not on the majority of Americans, but on the few who are broke, have no jobs or do-nothing jobs, and spend all day on the internet.

These tend to lean not just Left but far-Left, being broke and futureless, so the social media companies cater to these by banning Right-wingers.

In response to this tendency toward Left-biased censorship, Right-wing alternatives like Gab and Gettr have arisen in the hopes of capturing an audience which has flown the mainstream Big Tech social media sites.

Several users, including myself, have received “content warnings” which, as on Reddit, use the term “advocating violence” to cover whatever the censors want to ban. Notably, these do not specify what content was removed, and issue dire warnings:

Advocating violence is a violation of the Terms of Service. This may be actionable against your account.

Gab seeks to export the uniquely American value of free speech to the entire world. Regardless of whether Gab’s administrators, outside activist pressure groups, “cancel culture” Internet mobs, the mainstream media, foreign governments, or any other persons agree with any Gabber’s viewpoints: political speech that is protected by the First Amendment of the U.S. Constitution will be allowed on the platform. Illegal activity, threats of violence, doxxing, pornography, child exploitation, and spam are not allowed on Gab.

Repeated requests for clarification to the “support” account have been unanswered over the past month. Gab has not indicated what content was banned, but the image at the top of this page is my best guess as to what they banned from my account.

Advocating violence has a legal definition and a long history in American law. Generally one must show the following for something to be illegal advocacy of violence:

You can read more in the Brandenburg decision:

According to the Supreme Court’s historic 1969 decision in Brandenburg v. United States, the First Amendment protects the right to advocate “the use of force or of law violation” – except in a limited set of cases where it is proven that “such advocacy is directed to inciting or producing imminent lawless action and is likely to incite or produce such action.” In short, unless the results sought by the speaker are imminent, the speaker, at least in theory, will get off scot-free no matter what havoc his comments might ultimately cause in the future.

Indeed, according to another precedent – the Court’s decision in Yates v. United States – preaching the “abstract doctrine of overthrowing organized government by unlawful means” is always protected by the First Amendment. Even if the “abstract doctrine” may someday be translated to concrete action, the speaker cannot be held responsible.

In this case, we see Gab, who apparently have no lawyers on staff or retainer, choosing to impose their own standard, probably from the hope of getting more wealth or power from the GOP establishment.

By following the Reddit path of arbitrary enforcement, Gab has opened the door to a future of having to more closely define its rules, eventually arriving at the kind of open-ended verbiage that Reddit uses to ban all Right-wing content.

It’s no wonder that more of us are spending our time on the fediverse instead.