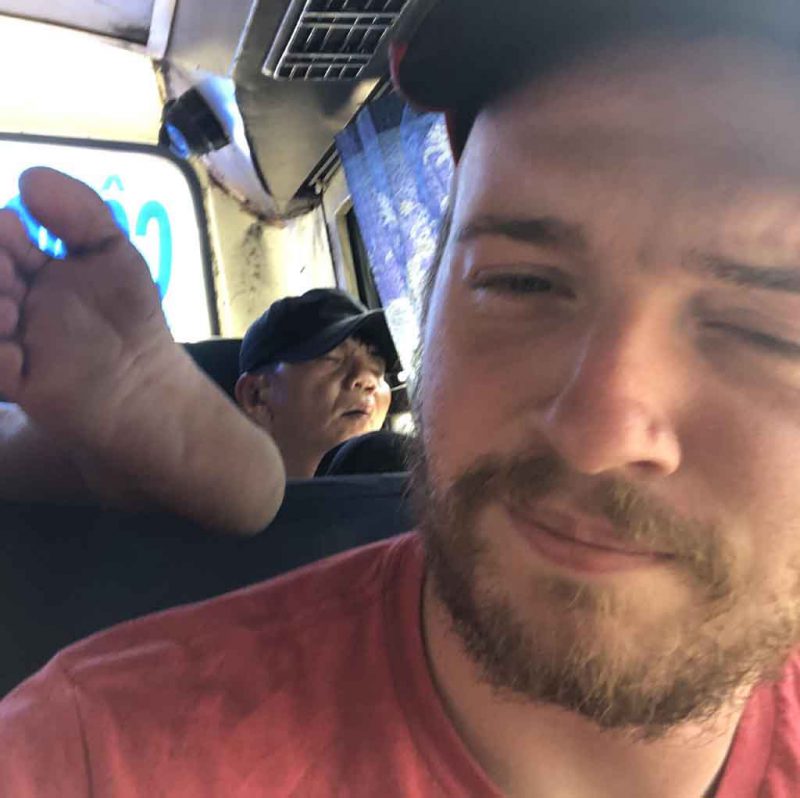 The term “freedom” eludes definition because it implies a negative. To need to be free, you must face a threat of being enslaved; however, when we use the term “freedom” without object, it implies the ability to do whatever you want even though that has never been the case.

When humans lived under nature, our time was divided among useful tasks and rest. We spent our days hunter, gathering, making clothing and tools, cooking, cleaning, and caring for the sick. At night we relaxed around a campfire to tell tales of our past learning through stories.

Consequently, humans think in terms of narratives, or journeys made by characters like ourselves as they learn from experience and through that, discover what is important in life. If you understand that, every Literature class in your life will be easy.

Our story of “freedom” proves to be a complex thing. There are obvious freedom-froms, such as escaping tyrants and foreign invaders. Then there are freedom-tos, which means abilities granted to us where we can exercise our own choice instead of merely reacting to the options presented by nature.

For an example of a freedom-from, think of the removal of a bad leader like Bill Clinton. You were then freed from his bad judgment and manipulation. The legalization of marijuana, on the other hand, represents a freedom-to, in that you can now indulge in a new behavior. The widespread adoption of the automobile was a freedom-to, as was the sudden affordability of radios in the 1940s, and the dissolving of the censorship board a freedom-from.

In other words, freedom-from removes authorities; freedom-to suspends rules or removes barriers. Neither one really appreciates “freedom,” which in its traditional usage meant what our Founding Fathers took it to mean, which was that within your place in the hierarchy of life you could exercise your choice upon things within your domain.

That was all; they never intended for government to try to make everyone have the same freedom. If you were born to be a washerwoman, you had free time, choices about your home, and decisions you made at work or when socializing. If you were a rich man, you had more choices and more options, but those were not the result of freedom but your wealth.

As usual, neurotic Leftists have no idea what freedom means — choice within hierarchy — and have instead come up with a fantasy where it means anarchy with grocery stores. This confusion extends to the big fight gearing up across the West in our courts, namely freedom of association versus enforced civil rights:

The changes involve both religion clauses of the First Amendment—the one that prohibits the “establishment” of a state religion and the one that guarantees the “free exercise” of Americans’ faiths. The short version of what’s going on is that the establishment clause is out, and the free-exercise clause is in.

During the past several decades, the Court has defined the establishment clause to limit the ability of churches and other religious institutions to receive subsidies from taxpayer funds. The receipt of government money, after all, defines a state religion…Justice Brett Kavanaugh, joined by Justices Neil Gorsuch and Samuel Alito, argued that depriving churches of these funds amounted to discrimination on the basis of religion.

What the conservatives are doing, in effect, is reading the establishment clause out of the Constitution, and turning almost every issue into a free-exercise case.

Playing “count the falsehoods” in these articles becomes too easy when they pitch them like softballs here. A few things merit clarifying.

The clause against the establishment of a state religion targeted the Church of England, which was the response by aristocrats to the meddling of the church in state affairs. The point was that government could not say, “This one religious sect which we control is the only official and accepted one.”

It had nothing to do with allowing churches of various sorts to receive the same funding as secular groups. (Next-level argument: agnostics are not a religion, but atheists surely are, as they have asserted the spiritual belief in materialism. Doubtful the court will take that on).

The free-exercise clause is more interesting because it says that government cannot obstruct your religious practices. This has been used to allow some sects access to marijuana and hallucinogenic mushrooms, and to permit churches to expound on any topic from the pulpit. It also allows diversity of religion beyond our core culture, which was a mistake the founders attempted to address with the immigration acts of 1790 and 1795, which basically said “Western Europeans of above serf class only.” Good thinking, but it should have been in the Constitution.

Free exercise follows the idea of natural rights: you can do whatever you could in nature, but it is not the job of government to subsidize you or force others to like you. If you move to the mountains, build a cabin, and worship Moloch, no one can criticize you, but they are not forced to sell to you, rent to you, hire you, work with you, subcontract to you, or even bake you a cake.

We restricted this idea when we adopted the Civil Rights Act of 1866, which replaced natural rights with civil rights, or the idea that government enforces equality by forcing others to accept you:

The legislation granted all citizens the “full and equal benefit of all laws and proceedings for the security of person and property.” To Radical Republicans, who believed the federal government had a role in shaping a multiracial society in the postwar South, the measure seemed the next logical step after the ratification of the 13th Amendment on December 18, 1865 (which abolished slavery). Representative Henry Raymond of New York noted that the legislation was “one of the most important bills ever presented to this House for its action.” President Johnson disagreed with the level of federal intervention implied by the legislation, calling it “another step, or rather a stride, toward centralization and the concentration of all legislative power in the national Government” in his veto message.

On the surface, the law sounds good: government treats everyone the same way. However, looking deeper, we see that this also opens the government up to suits and agitation if any of its laws indirectly sponsor those who do not treat people the same way.

Naturally, the Left used this as a battering ram, first in the name of race and then sex, now sexual preference and behavior, to force everyone to accept others against their own free choice. You had to hire, rent to, sell to, work with, and bake cakes for other groups that you might not accept.

At this point, the original idea of “freedom” — civilization does not restrict the abilities you had in nature any more than necessary — had been replaced by forced freedom, or that you were responsible for avoiding the offense of others, which meant that you had to be deferential and suppress your views in order to accept everyone.

If we read like philosophers, we see that this comprises egalitarianism in its full form: not just inclusion, but inclusion as equals, or in other words, an erasing of all distinctions, starting with Leftist class warfare but expanding to equality of sex, ethnic group, race, and behavior. The bad must be equal to the good in order for everyone to be “free.”

This clashes with our natural instincts, but shows us the major change to our civilization in gradual doses over the last thousand years, accelerating two centuries ago with the French Revolution. Previously, people lived within an order: nature and gods, hierarchy, social order, community, customs, and ideals, such as what it was to be a man or what it meant to be a good person even if unsung. With the rise of individualism, picking up pace with The Enlightenment,™ society shifted toward a focus on the individual: desire of the self, social status, self-adornment, and making oneself fascinating to others became the guiding principle. In this bourgeois view, we were free to be anarchists as long as we sold ourselves like products on store shelves to others and were popular. The Civil Rights laws merely enshrined this in formal legislation in order to force others to accept us so that we had more options for selling ourselves. Society became a cash register and work order, not a place that had purpose or forward momentum. Decay set in rapidly after that.

We are now bouncing back against the individualistic order in the twenty-first century by embracing order — in the sense of organization, framework, norms, and cultural ideals — instead of the individual. We want to fit in, and adapt to reality both inside and outside of the human sphere, and then maximize what we find there by operating according to its patterning. If you build a house in the wilderness, you set it someplace where the winds do not hit as hard and the rains do not pool, and where wild animals and roving Indians do not set up camp. You fit within the fabric of nature. We seek to do the same now, with culture and customs including faith as part of the framework as well. This is why conservatism is a folkway and not an ideology; it is a way of life built upon a philosophy of life being good if we let it teach us.

The idea of “freedom of association” states that we can choose who to interact with, including for commercial purposes, and it has no limits on classes of people, such as social classes, ethnic groups, religions, or races. If you do not want to hire, sell to, rent to, work with, or socialize with another group, you are free to make that choice. This has come to the forefront in the most recent gay cake debacle:

Phillips said that he could not make the cake because it would violate his Christian beliefs in a case that eventually went to the U.S. Supreme Court. Although the court declined to weigh in on whether Phillips’ actions were protected by the First Amendment last June, it did rule that the commission failed to give him a fair hearing.

Phillips then sued state officials, claiming harassment by the commission for his continued refusal to bake gay-themed cakes on religious grounds. A federal court in December agreed that his suit could move forward.

“After careful consideration of the facts, both sides agreed it was not in anyone’s best interest to move forward with these cases,” Colorado Attorney General Phil Weiser said in a news release Tuesday. “The larger constitutional issues might well be decided down the road, but these cases will not be the vehicle for resolving them.”

The Constitutional issue (and civilizational choice) remains: do we force people to interact with others, thus removing freedom of association? Here freedom-from and freedom-to clash irrevocably. Our civil rights agenda grants individuals freedom-to do whatever they want, essentially, knowing that society will support them; the freedom-from agenda of freedom of association means that government cannot force us to interact.

The same drama plays itself out in Europe, where people want the ability to live as they have for centuries without having refugees relocated to their villages. Many religions worldwide oppose homosexuality or equality for women, and every ethnic group that wants to survive wants itself to be apart from other groups. Freedom-to be yourself clashes with the absence of freedom-from the civil rights agenda promoted by the US, UN, and EU.