Is power the path to self-destruction? 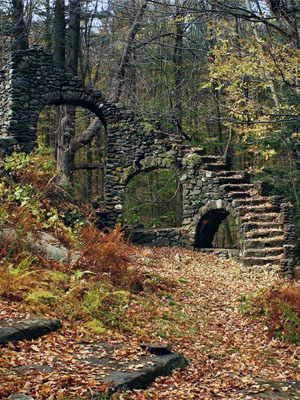 All great empires look the same after they die.

They resemble what we might call “third world” living conditions, with a venomous oligarchy ruling behind the curtain of a governmental facade. Living conditions are disorganized, resulting in poor quality and hygiene. The behavior of citizens is random, discoordinated, self-destructive and non-cooperative.

What is missing most is a sense of purpose or goal. These societies are eminently facilitative, in that there is no purpose. No one expects the next Homer or Beethoven, nor for anything great to happen. In fact, these are the most individualistic societies on earth. So long as you don’t disturb your neighbor, you can do whatever you want, because there is no goal you could be missing the path to.

The modern West is in crisis. Like all wealthy first world nations, its focus on the individual has resulted in birth rates in free fall. If having children is a lifestyle question like what kind of car you want, or what wine you drink, it is subject to the analysis of what inconveniences the individual least. Children are an inconvenience; wine is not. Which wins out? We like to point the finger at education and wealth, but these are correlative, not causative. The factor behind our dropping birth rates is the rise to preeminence of the individual. When we’re all equal, every story is fascinating, and no one wants to be the story that says “went to a job, had a family, mowed the lawn before noon every Saturday.”

Like most falling empires, ours went through several levels of radical individualism before arriving at the modern narcissism which rejects all possible goals, influences or prior obligations except the self. Empowered by a theory of collectivism based in the desire of individuals to level those above them, the decay that is destroying the West is not so much a goal as the notion that we can each go our own direction and that society will remain as it has been without our effort to maintain it.

What kills empires is the nature of their own success. A good society takes care of its citizens, and thus empowers its citizens to do whatever they want. It becomes more efficient at generating wealth and spreading it around, which means that each person can afford to choose a direction of their own. Since these societies tend to treat all people as members of the team, it becomes socially taboo to point out which of these directions do not correlate to reality. The result is the formation of an unruly mob with nothing in common except that all of its members want more rights and freedoms. At first this mob is united by the simplicity of self-interest, and this makes these empires very powerful and wealthy.

There are two basic kinds of government: one where culture moves the society along toward fulfillment of a few basic ideas, and people are on the same page with those ideas, and thus a goal exists. Or there’s the opposite, in which there is no goal but the individual, and thus a strong central power is required to keep the citizens in line. With no direction in common, they explode outward like spilled marbles, and government is thrust into a management and police action role trying to keep the mess of its citizenry from truly imploding. The first offers power, because the government has control over its citizens, but the second offers a lesser role for government because the citizens themselves have something in common (besides shopping, commerce, fear of being murdered, television, etc.). The second offers a freedom from power and greater longevity.

By choosing democracy, individualism, consumerism and internationalism (multiculturalism/globalism), wealthy societies bring about their own destruction. They pamper their citizens and encourage them to diverge from reality. Then they try to keep them in line with either totalitarian or post-totalitarian “democratic” methods but the point is that one is herding sheep, not riding with comrades toward a task all agree is important. There is no agreement. The society just falls apart from within.