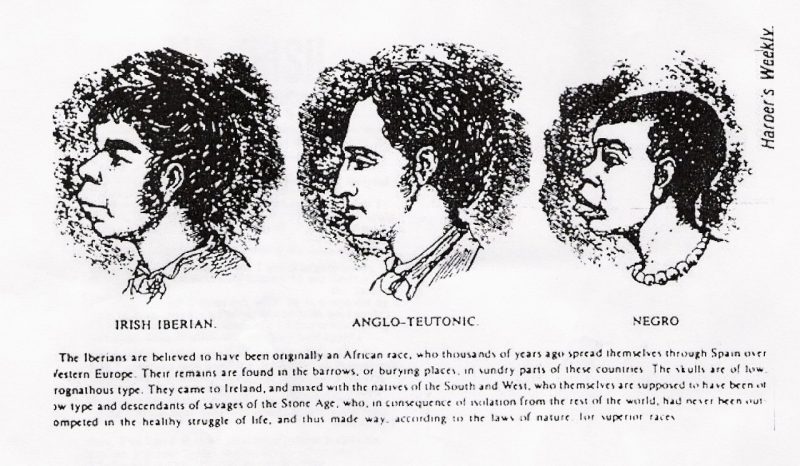 Republicans are beginning to get an inkling of the FQ. Apparently, they have been Noticing things, such as the grim fact that the people promoting the GOP Establishment (“GOPE”) that merely wants to take in donations and do nothing are of a certain origin and need to be removed:

There are an abundant number of people and actions to blame. We will start by demanding that everyone in leadership of the GOP with a “Mc” attached to their last name be fired.

All three have failed the people who worked so hard for different results. All three need to be replaced with new leadership.

Well now this turns out to be interesting:

Do we even believe the “Northern” Irish on this one? This could easily be fudged.

A dual-hitter: Italian and Irish.

From the maternal line, even, she follows the Irish path.

Even the oblivious GOP seems to have caught up with the events of two centuries ago and started talking about the Fenian Question:

“Well Steve,” Cortes began, “at the risk of getting your Irish up, I’m going to say that the M*cks have to go.”

“And by that, I mean [Mitch] McConnell, [Ronna Romney] McDaniel at the RNC, and then absolutely Kevin McCarthy,” Cortes explained.

He went on to make his case against McCarthy by citing MSNBC anchor Rachel Maddow.

“And let me be specific here about some of his problems, let’s remember that after Jan. 6 — and we know this actually thanks to Rachel Maddow who uncovered the audio of him, he lied about it, of course — we know that he wanted Donald Trump to resign, he wanted him to resign from the presidency because of what happened on Jan. 6,” Cortes said.

Not even to mention Mike Pence:

It seems that more mention of the FQ will be in our future as we come to terms with the fact that diversity, starting with ethnic diversity like the Irish and Italians, and moving to racial diversity such as that which produced Barack Obama (who is also part Irish), has displaced the founding WASP majority and created the grey race nation-state.

What You Know About Ukraine Is Now Obvious | Confirmation