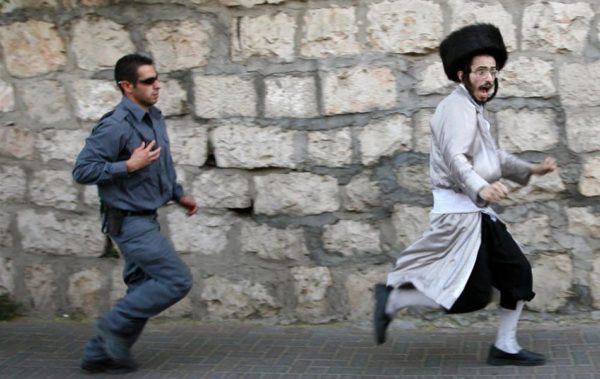 Globalism was the ultimate extension of diversity, making it into a world order. The thinking at the time went that if we eliminated the monopoly of ethnic groups on national identity, it would stop racism and anti-Semitism dead in their tracks. Too late we find out that there’s a feedback loop: the more diversity occurs, the more obvious that it is not working it becomes.

Fresh on the heels of Blaxit, we might figure that other ethnic groups will follow this model in order to preserve themselves and avoid ethnic conflict:

Up to 5,000 US blacks have moved back to Ghana — and thousands more to other African states — over the past few years as part of a growing movement to live in a society in which they say they will be able to live in a world “in which black people are in charge.”

…”They have come from the big cities of San Francisco, Chicago, and New York. Thousands of them. And many refuse to return,” the article starts, saying that a “new wave of African Americans is escaping the incessant racism and prejudice in the United States. From Senegal and Ghana to Gambia, communities are emerging in defiance of conventional wisdom that Africa is a continent everyone is trying to leave.”

The article goes on to say that it is estimated that between 3,000 and 5,000 US blacks live in the Ghanaian capital alone. (Ghana, it will be recalled, has a “right of abode” law, similar to Israel’s “Law of Return.” This “right of abode law” grants residence in and citizenship of Ghana to any person of black racial descent).

Blaxit shows us a new wave of responses to diversity: since each ethnic group acts for its own interests alone, diversity guarantees constant ethnic conflict, and worse, that no group will be in charge of its destiny. Repatriation allows each group to claim a continent for itself and regulate its own future there, which is preferable to genocide by outbreeding and being a minority somewhere else.

Now, Jews are getting in on the action as well. Diversity means a reduction in national groups that are blamed for anti-Semitism, like Germans, but also a rise in groups who either hate Jews (Muslims, Eastern Europeans) or are indifferent to the threat of genocide of Jews (Asians). As a result, Jews worldwide are repatriating to Israel:

The organization I founded 35 years ago, the International Fellowship of Christians and Jews, has seen first-hand the impact of a resurgence in anti-Semitism.

Since late 2014, the fellowship has helped nearly 12,000 Jews from 26 nations — from Europe to Latin America — immigrate to Israel, some simply out of fear that they can no longer live safely in their native lands. We also provided more than $3.6 million in 2017 alone in security grants to help protect Jewish schools, synagogues and community centers in 30 Jewish communities worldwide against growing violence.

While this initial number seems small, a trickle becomes a river because the problem they identify will not go away. American police, swamped with cases, have so far been willing to investigate anti-Semitic crimes, but those are taking a back seat toward crimes against browner groups who are more disadvantaged and therefore receive more attention. The situation in Europe is similar.

The Jewish people, who have the most experience with diversity and how dangerous it can be, were exiled from their homeland in Israel centuries ago and have been wandering in a diaspora worldwide until the time was right for their return. With Israel now being a successful first world nation, and its historical enemies the Arab states collapsing in ruin, more Jews are willing to repatriate because they will have a better, safer, and more lucrative life in Israel than anywhere else.

Jobs Are The Weak Link In Our Economy Because Most Of Them Are Not Necessary | American Technology No Longer Leads The World. It’s In Full Decline.