Finding the real enemy before it destroys us 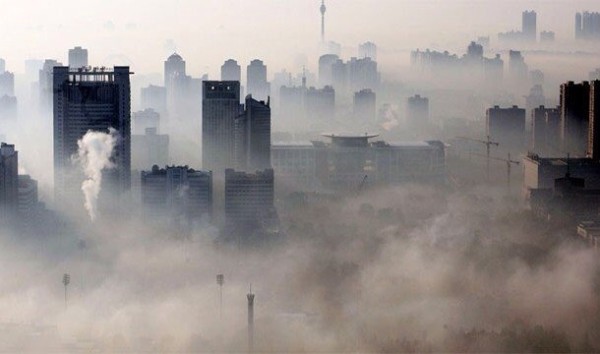 Like a distant memory, it starts with a vague impression coming to light at an odd time. A shape forms, maybe colors, a voice or a smell. And then the thought rushes to a central point in our consciousness: our civilization is dying.

People start to see the conflict as more than one political party versus another or the future of the nation as talked about in economics and military strength. Instead, the thought we have dreaded for years rises among the pleasant distractions with which we fill our lives. This is big, like fall of Rome or a giant world war. It is the end.

We knew it back in the 1980s when we were growing up. Neighborhood stores with helpful staff got replaced by chain stores with surly high turnover outsiders. Whole sections of cities and towns became no-fly zones. Government always had a new law and a new program to take care of it but none of them did the job. At some point, we saw it was decay. Not bad results by chance, but bad results because the design was bad. The way we designed our society, like a circuit diagram of blueprint, simply did not fit reality. Like other empires, we began the vertiginous fall.

At some point awareness peaked above our community. No one takes the media too seriously, since we know that any news that offends big advertisers or enough of government will be translated into pleasant distraction, but the news stories poured in. Everything bad increased. Crime, violence, corruption, theft, incompetence, laziness, ineptitude and apathy. Like a rising river it filled with little raindrops of isolated incidents which taken together became the roar of a flash flood and it subsumed our towns, our cities, even our families.

Divorce became real for many of us. Parents were not parents anymore. They were people who were dating for long enough to have children who learned to come home every day, unlock the door, heat up a boxed food item and watch television. Politicians were not leaders anymore: they lied, they got caught, they lied some more, and then returned to business as usual. The friendly neighborhood policeman became a SWAT team kicking down doors and throwing flash-bangs. The traditional implements of living such as friends, family, church and wholesome activities disappeared under a surge of new dystopic passtimes. Jobs went from six hours of hard work and a guaranteed pension to a hostile environment where appearance counts more than reality. As it added up, people themselves became darker in the soul and without honor, trust or actual kindness.

But appearances — they were good at those — were kept up. On the television screen, painted faces competed for who could give the most money to victims: the poor, the minorities, the foreign, the misunderstood. The idea of standards for behavior itself went out the window, and people started to look like fat slobs in tshirts instead of communities. Customs went away too, as did honesty, since you might offend someone from a protected group. This peaked in the 1990s when the 1968 generation took over in their adulthood and took the freewheeling ideas of their youth and made them into policy enforced with social ostracism (lose your jobs, friends, spouse, dates, housing for saying the wrong thing) and heavily armed security. People knew nothing better so they pretended it was not happening.

Actions have consequences however. These changes and our general oblivion toward them took hold and accelerated. Soon we were in the 2010s and we had elected a president for his race and the symbol he represented. At this point, everything fell apart; the side of social decay won and began forcing its agenda on all of us. For this first time, people dared use the objective “Soviet” to describe the land of the formerly free. Ethnic groups became enclaves as instability and fighting between diverse groups broke out. Trust in government fell and pride in our nation evaporated. And yet, here came the profits. The dot-com boom finally made good. Cheap labor overseas made fortunes. Maybe if we could just get good jobs and enough money to buy our way out…

Now people find they cannot avoid the truth anymore. They have avoided it for decades or centuries, dodging it with homilies and positive results in inconsequential jobs and hobbies. Each one shared the same hope that they might do well in their lives and ignore the decay of society as a whole. Our parents could not answer our questions as children about why society was the way it was, and why its rules were so baffling and yet nonsensical. Why its basic functions seemed not to work. Why everyone was afraid of certain topics. Thus the reality of the situation bubbles to the surface like swamp gas, finally showing us that underneath the plastic signs, reams of scientific studies, mountains of political writing and gigantic media slick and glitz, the basis of it all decays. Stench clears the nostrils and the mind.

At this point, no one knows what to do. Out of everything published and on video and internet we see no practical ideas for grasping what is happening to us and how to avert it. We do not even know why it occurred. As is natural, we look for enemies first. Who got inside the wooden horse and now rampages within the gates? Most alert people have started to see government as more than a parasite like the tax man or a predator like the cop writing tickets. They see it as a path to doom. But what makes government what it is? After all, it is people who vote for this stuff. They do it time and again. As a wise character once intoned, “We have met the enemy — and it is us.”

Pull back to the 35,000 foot view (but not in the skies over Ukraine). We see a small but wealthy civilization called the “first world” in Western Europe and a few other places. Then we see everyone else who has less. That wealthy civilization keeps trying to buy off the rest by giving them things. And yet the demands never end, because the wealthy people are less than 10 percent of the population. The wealthy civilization is falling apart from within began it cannot keep from fighting wars against itself, dedicating its wealth and time to pursuits designed to show others how nice we are, and it cannot face its problems. With each year the situation gets worse like a rip in silk because the tension pulls the gaps wider and nothing exists to support the whole.

If we compare ourselves to other civilizations in this situation, we see how we cannot save ourselves. The population does not ever awaken. It keeps making do and trying to stay out of sight and then at some point the whole collapses. Even more, the population is the problem. We can blame media or government, but at the end of the day, our people are dramatic and self-impressed and individualistic. They refuse to see common sense because they are too busy making a spectacle of themselves and getting paid for being interesting and popular at their jobs. Without unity, people work against each other, taking what they can and ignoring the nightmare they are perpetuating. This is how civilizations die.

I suggest we identify the real enemy: liberalism, itself a proxy for the groupthink (Crowdism) that occurs when individualists band together to remove social standards so they can keep being individualistic without consequence. I suggest we see that the West, namely America and our cousins in Western Europe, constitutes a single entity which is under attack from others worldwide. Not everyone in those countries is part of that entity because many have cast it aside and taken on a lack of values except for their own egos, or are from elsewhere. These represent a threat to our way of life and need to be relocated. But even more, we need to build ourselves into a single entity again. People who believe in something, who have values and social standards for behavior. People intelligent enough to keep individualistic ego-drama at bay.

There will be no magic bullet. We cannot make a “system” or idea to control ourselves. We will have to do it the hard way by making choices and putting good people in power. Democracy cannot save us; liberal democracy led us to this place and has failed. Liberal ideas cannot save us; they will destroy us. We have to reclaim our nations and restore them as the West which stands alone because we have a different method than the rest of the world. We must go our own way; we owe nothing to anyone. If the third world wants to follow us, it must adopt our methods in its own lands, not try to take our wealth from us. We must free ourselves from guilt and the judgment of the Crowd through appearances. We must focus on reality instead. Only this way can we avert this disaster and put ourselves on a path to something other than utter and imminent failure.