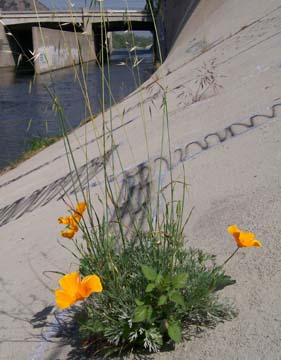 What bothers me about human logic is that, out of fear of time (and thus mortality), we can only think in a permanent present tense and so are oblivious to the fact that life runs in cycles.

In other words, any action that we do now is going to create a counterreaction, and a chain of events, generally designed to restore an equilibrium to the system. It’s like punching jello, unless you know how to make the jello jiggle in the ways you want.

Food aid is at a 20-year low despite the number of critically hungry people soaring this year to its highest level ever, the United Nations relief agency said Wednesday.

The number of hungry people will pass 1 billion this year for the first time, the U.N. World Food Program (WFP) said, adding that it is facing a serious budget shortfall.

Here is a prime example of punching jello: people are starving, so we ship in food to them. Not find some way of setting up local farms, not move them to less famine-prone areas, and last but not least, definitely not say “well, it’s God’s/nature’s order” and figure that those who live in abundant climates yet don’t discover agriculture are obsolete.

Someone noticed and pointed this out, using a particularly hard-hit region as an example:

A quarter-century after a million Ethiopians died in the great hunger of 1984-85, the country is heading into another famine. The spring rains failed entirely and the summer rains were three weeks late. But why is famine is stalking Ethiopia again?

The real answer is they have had too many babies. Ethiopia’s population at the time of the last famine 25 years ago was 40 million. Now it is 80 million. You can do everything else right and if you don’t control the population, you’re spitting into the wind.

It is so obvious that this should be the start of every conversation about the country. Even if the coming famine in Ethiopia kills a million people, the population will keep growing. So the next famine, 10 or 15 years from now, will hit a country of a hundred million people, trying to make a living from farming on land where only 40 million faced starvation in the 1980s. It is going to get much uglier in Ethiopia.

Yet it’s taboo to say that. The question of population, instead of being central to the debate about development, food and climate change, has been put on ice. The reason is rich countries are secretly embarrassed, and poor countries are deeply resentful.

We won’t deal with the problem directly, meaning take a look at its causes, because it offends our sense of social wellbeing. Why does it do that?

Effects are equal if you cut them off from causes. They seem like a manner of chance. “Isn’t it terrible the carbon monoxide genie visited Brett and his family last night?” Oh, a terrible misfortune. How awful. Could happen to anyone.

That is, anyone who leaves their car running in an attached garage.

It’s the same way with “green” initiatives. Government wants us to buy mercury bulbs, turn off the taps when we brush our teeth, recycle condoms and use both sides of the toilet paper. Will that have any practical effect? No, it won’t, but it keeps us from facing the awkward truth that someone needs to slow down population, and the richer nations have done it voluntarily, leaving us with the “less fortunate” (leftist term) or “less capable” (rightist term) who will not or cannot voluntarily limit their populations.

Just as in American politics, where teabaggers have forced the issue that traditional reality-based thinking is incompatible with liberalism, in humanity’s future we are going to have to make a choice: reality, or fantasy that leads to our destruction?

How we emasculate ourselves | When Fear Runs Your Life, Ask Yourself Why