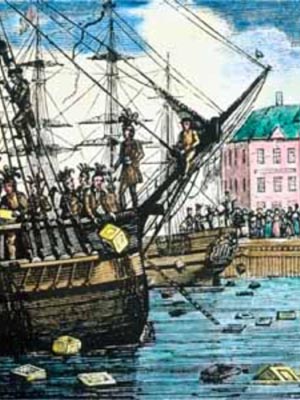 Often it seems like that archetypal playground scene: a large group surrounds a lone child. He faces a choice: do what he knows is right, or go along with the crowd? He could end up alone.

That’s how they control you.

Forget what you’ve read about large corporations, fascist governments and manipulative oligarchs. They can be a problem, sure, but it’s much likely — like a 9:1 ratio — that you’ll face control from your peers.

The problem with control by your peers is that most of them have a very limited scope of consideration. They think in terms of the next two weeks, and not much longer. And in terms of what is convenient for them.

That is, after all, the oldest human failing — to dismiss consequences for the world around us because something is convenient for us, or we want it. It’s what makes people selfish, or worse, criminals.

Right now the crowd is gathering to tell us that anyone thinking outside of the box — outside of the tidy confines of liberal multicultural entitlement-state Nanny Society democracy — is bad and inconvenient.

But as our society — a bizarre hybrid of liberalism, consumerism and reality TV — grinds on, it becomes clear that big problems await, and we’ve been deferring them for decades because they don’t fit our liberal worldview.

Two years after it burst onto the political scene, the tea party is getting a critical eye from political science academics who say the movementâ€™s adherents are knowledgeable and religiously devout – but hypocritical and more likely to be motivated by â€œracial resentment.â€

Gathering this weekend in Seattle for the annual American Political Science Association convention, several professors argued that tea party Republicans are more likely than other voters and more likely than most others in the GOP to harbor racial hostility, as judged by their answers in a broad pre-election survey administered in October.

â€œTea Party activists have denied accusations that their movement is racist, and there is nothing intrinsically racist about opposing â€˜big governmentâ€™ or clean-energy legislation or health care reform. But it is clear that the movement is more appealing to people who are unsympathetic to blacks and who prefer a harder line on illegal immigration than it is to other Americans,â€ Gary C. Jacobson, a professor at the University of California at San Diego, wrote in his paper, â€œThe President, the Tea Party, and Voting Behavior in 2010.â€ – Washington Times

What do liberals do when they want to shut something down? They call it “racist” — they think this is a magic bullet that should make everyone stop what they are doing, get pitchforks and axes, and go take revenge on whoever is accused of racism.

That reminds me of the waning days of the French Revolution. Back then, “royalist” was the term that got you lynched by a mob. The revolutionaries had a field day with it, murdering over a tenth of their population, and then infighting started. Soon revolutionaries were calling each other enemies of the state, and murdering each other in hilarious turnabouts.

The Tea Party is no more “racist” than the average person, majority or minority, who chooses to live among people like them. What the Tea Party has done is attack the liberal entitlement state and its bloated bureaucracy, which threatens all of these great Soviet-style liberal reforms.

So the liberals are calling them racist. What else would they do? It’s not like reality has a liberal bias — if it did, liberal plans would be succeeding. They’re not. Instead, they demand constant feeding with subsidies and other accomodations taken from the middle classes.

A recent AP-GfK survey showed that 56 percent of Republicans and GOP-leaning people identified themselves as tea party supporters. Also, Republicans who back the tea party place a higher priority than other Republicans on the budget deficit and taxes, issues at the center of the nomination contest.

Last year, the tea party injected the GOP with a huge dose of enthusiasm, helping it reclaim the House and end one-party rule in Washington. These days, they are firing up the campaign trail in early-voting Iowa, New Hampshire and South Carolina.

It’s little wonder, then, why many of the White House aspirants are popping up at rallies by the Tea Party Express, a Sacramento, Calif.-based political committee that’s in the midst of a 30-city bus tour. That tour ends Sept. 12 in Tampa, Fla., where the group will team with CNN to sponsor a nationally televised GOP debate. Every Republican candidate faring strongly in the polls is set to participate. – Deseret News

The Tea Party is rising because the middle class is sick of being milked for its wealth in order to support an inner third world in the USA. Corrupt politicians? Bloated bureaucracy? Endless taxes? And for what?

Yes, let’s ask this pointed question: what exactly does the liberal superstate have to show us for the past sixty years of reckless social spending, immigration changes, growing bureaucracy and political indoctrination programs in our public schools?

A more powerful Democratic party, that’s what. It bought voters where it could and imported them where it couldn’t buy enough votes.

But in the meantime, the fortunes of this country have gone off-kilter. People are realizing that we can’t view our country as a workplace, where you show up to make money and then go do whatever you want. We need something to hold us together, some kind of mission in common.

We either possess cohesion through shared values, or America is just like a giant shopping mall. Show up, do whatever (as long as you can pay) and then go home to your empty apartment and hope life is meaningful. That’s where we’ve been going.

Groups like the Tea Party call HALT to this liberal nightmare. To them, community is important — community like that found in small towns and cities. Places where people know each other, go to the same places, have similar values and respect the same goals.

We know from history that such an approach always works. And the liberal approach? It seems to be grinding us into bankruptcy, corruption, incompetence, race warfare, misery, oligarchy and confusion. America is falling apart and starting to resemble a third-world nation in its daily operations.

It’s not just in the USA — the 1960s were a global liberal revolution designed to work around the military/economic focus of large Marxist superstates like the Soviet Union, and instead infiltrate the West through its unprotected back door, its youth:

What real people know â€“ and have known for quite a long time â€“ is that the great tacit agreement which once held civic life together has been deliberately blown apart. There was a time within living memory when all reasonable grown-ups were considered to be on the same side. Parents, teachers, police, judges, politicians â€“ decent citizens of every station and calling â€“ formed an unspoken confederacy to uphold standards of behaviour within their own communities. But their shared values and expectations about human conduct were systematically undermined by a post-Sixties political ideology that preached wholesale disrespect for authority, and legitimised anti-social activity in the name of protest.

What real people saw on their television screens this fateful summer seemed to them to be the final vindication of their instinctive judgment: they may have been shocked but, on some level at least, they were not surprised that it had come to this. What else were these terrible events but the definitive disproof of a doctrine that had subverted adult authority in all its official and unofficial forms?

That doctrine goes back a long way. In fact, the politics of the Sixties were just a late incarnation of an 18th-century philosophy. We have Jean-Jacques Rousseau to thank for the basic principle that men are born good and will only behave badly if they are corrupted by authority and repressive institutions: that we need only liberate them from those false limitations and their natural moral instincts will come to the fore. – The Telegraph

Liberalism is not a new idea. In fact, it’s an idea as old as history. Here it is: I am more important than the rest of you.

Liberals join together and talk a good game about helping the poor, but really it’s about making themselves look good for “helping” the poor. They are more important than us because they “help” the poor, you see, and that makes us inferior to them.

All of liberalism is this kind of social status power-grab. People who are not exceptional want to seize power not by being good at anything, but by re-defining morality to mean pity for the helpless and hopeless. We have more poor people now than ever before.

Under liberalism, the West went from a community of leaders to a nation of vindictive sheep. Liberalism does not encourage us to be competent. Instead, Soviet-style, it encourages us to conform to what all the other kids on the playground seem to want to believe is true.

However, much as that was crazy back in elementary school, it’s crazy in international politics. Wishful thinking is not reality. Posturing about helping the poor does not make one competent. The Tea Party recognizes this, and that is why liberals will do or say anything to try to keep it down.