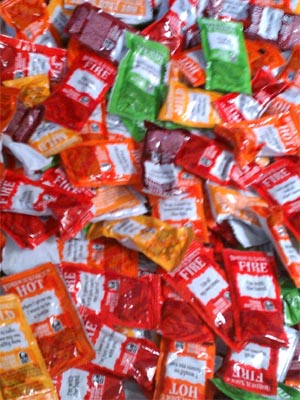 When we declared every person equal, and by so doing, made each of their choices equally valid, we created a quandary: in order to get anything done, we needed to cajole most of them into agreeing.

First and foremost this means that all political decisions or concepts must be boiled down into the terms of advertising or peer pressure. Do x, and you get full luxurious hair and sex appeal; otherwise, you get y, or an alternate scenario in which you are a skinny nerd who gets sand kicked in his face.

The first casualty of our freedom is truth.

As a result, we do not fight out battles over actual events, but over symbols. X is good, Y is bad.

When it comes to race, the left would have you believe that the only moral opinion an educated person can have is that anyone can move anywhere at any time and must be tolerated. A more nuanced view sees how this destroys any culture, religion or heritage that it lands upon, by importing new breeding material at random.

But they’ll call you a racist if you say that, and being called a racist could ruin your job, prevent you from being hired, drive away potential mates, scare off friends, etc. It’s no different than being called an enemy of the state, a witch or heretic, or a Communist. You’re done.

In the meantime, history continues as it always has, which is to say with a consistency between cause and effect. Do a certain action X and get result Y. It is without judgment or recommendation.

Those remain for us to decide. What kind of society do we want? An orderly monarchy, a chaotic but liberated democracy, or a third world level of disorganization where a strongman leader is necessary?

If we look with a critical eye — thinking “what result do I want,” as opposed to what symbol you wish were the outcome — we can see that the dialogue on diversity and tolerance is more nuanced than what is presented in our press:

Germany is beginning to experience the British and French malaise of homegrown Muslim radicalism, as a Muslim subculture becomes more entrenched.

In this subculture, European converts and second-generation Muslim immigrants to Germany mix together. The converts and many members of the second generation do not have a command of the native tongue of the first generation immigrants, leading the Islamists to preaching to them in German rather than Arabic, Turkish or Pashto. – INN

What remains consistent: the culture and its ideals.

What changes: location, language and method.

Under multiculturalism, immigrants are told to either assimilate or remain members of their culture, but neither option is possible because they are now in the mixed-cultural zone. If they assimilate, they are cultureless traitors to their kin; if they do not, they remain on the outside.

And even if they do assimilate, and try to get within, this does not mean all members of other cultures — including the once-majority German culture — will accept them.

While our politicians want us to either blame or praise this situation, think of what would happen if the roles were reversed.

One day while you’re out walking the dog, a spacecraft from planet Vooxrp swoops down and seizes you and 50,000 other Americans. You wake up on the new planet, are given a menial job and housing among your fellow Americans.

Your first move is most likely to replicate as much of the American culture, legal system and way of life as you can on the new planet.

You don’t understand local customs, and have not yet mastered the language. Some things don’t make sense for how you and your ancestors have always done things.

As a result, you become a culture within a culture. And if the Vooxrpese capture 50,000 people from a dozen planets, they soon have a mixed-culture where there is no “right way” to do things.

In that scenario, I predict bad things for planet Vooxrp, just as bad things befell the Romans when they expanded their empire and, by bringing back to Rome the conquered peoples, became a mixed-culture.

On Vooxrp, if crime is rising as a result, they might be tempted to blame the Americans. Until the Americans got there, they’d say, crime was very low.

However, the real cause is mixed-culture. Without the mix, there is a common standard, and order can be maintained.

Society is based on the idea of people following rules to make chores of daily life more efficient and reliable. A mix destroys that notion and replaces it with “anything goes,” much like the concept of equality does.

The result of mixing is constant tension and eventually, the decline of that Empire. Like Rome, Vooxrp fell, and unless they change their ways, the Western nations will fall as well.

Ethnic tension now appears to be growing in the region after two violent attacks by Roma youths on white people. The latest incident in the main town of Rumburk saw 20 Roma youths attack six white men with nightsticks after leaving a disco.

“They started beating us with truncheons and telescopic nightsticks,” Michal Nemecek, one of the victims, told Deutsche Welle. “They shouted â€˜you white bastards’ at us. We definitely weren’t the ones who provoked the attack – six against 20? We would have been crazy. They were just walking along the street and we were the first ones they ran into.”

The Rumburk attack follows an incident in the nearby town of Novy Bor, in which a group of five Roma youths attacked three white men in a bar with a machete, leaving one of them seriously injured. This attack is also being treated as racially motivated. – Deutsches Welle

Do we keep blaming the majority culture for this problem, as the mainstream leftist-friendly media do, or do we blame the minority groups, like the angry underground political groups?

I suggest neither. Without a specific minority group, we would still have a mix of groups — including Vooxrpese if we let it happen — and the problems would still remain. The issue is not with any specific group.

But without diversity itself, we would have none of these problems. Even more, we might be able to be honest about race in public, instead of reverting to a stream of pleasant symbols representing the usual boilerplate political correctness.

The left wants you to see a symbol: the poor, hard-working, impoverished third world coming to the West and being rebuked by fat, evil, mean and stupid ignorant racists.

The angry underground wants you to see every immigrant as a criminal.

The reality is more nuanced, but more logically consistent: diversity causes the breakdown of societies, and all these other problems are merely symptoms of that.

The problem isn’t blacks; it isn’t whites; it’s diversity. Diversity always fails, in any form, whether ethnic, racial, tribal, religious or even political.

Indeed, we’re seeing political diversity split the USA. Now that the left and right are polarized enough that left means Marxist and right means libertarian neoconservative, the two are incompatible.

We may need to split the nation down the middle and shuffle people to the side they find most comforting. In fact, it’s crazy that we haven’t done it, because by not doing this, we sentence most people to consider their neighbors ignorant and stupidly wrong.

In this, as in all problems diversity, no one group is at fault — in fact, it’s the lack of one and only one group that is the fault itself.