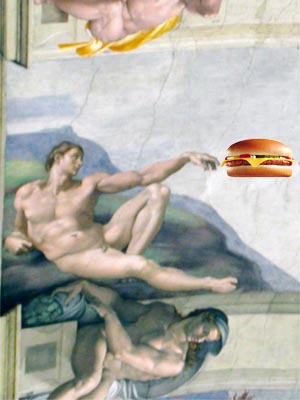 As civilizations grow older, they tend to fall apart. This looks like entropy to me: over time, an increase in disorder. But how can that be, when humans are able to communicate ideas?

The answer seems to me that context is forgotten. I can tell you that it is bad to eat fondue, but without the context that tells us that fondue causes slow neurological decay and what “bad” means, that knowledge conveys no cognition.

Universally, civilizations experience an inverse relationship between individualism and values held in common. The more values are held in common, the less people “need” individualism — they have a clear goal, a clear set of yes-do-it and no-stay-away actions, and abstractions of what is beautiful that correspond to parts of reality. They do not need constant self-expression, social recognition or mindless self indulgence.

When you take away values held in common, degeneration results.

It’s not so much that these young Americans are living lives of sin and debauchery, at least no more than you’d expect from 18- to 23-year-olds. What’s disheartening is how bad they are at thinking and talking about moral issues.

The interviewers asked open-ended questions about right and wrong, moral dilemmas and the meaning of life. In the rambling answers, which Smith and company recount in a new book, “Lost in Transition,” you see the young people groping to say anything sensible on these matters. But they just don’t have the categories or vocabulary to do so.

When asked to describe a moral dilemma they had faced, two-thirds of the young people either couldn’t answer the question or described problems that are not moral at all, like whether they could afford to rent a certain apartment or whether they had enough quarters to feed the meter at a parking spot. – NYT

What is left after shared values and behavior (culture) is driven away?

What a great way to rule a nation! Everything will be done for appearance.

Either allegiance to dogma, repeating memes from entertainment, or serving the narcissistic self and its extension, the social self.

No wonder selfishness is on the rise. “Moral questions” like what you can afford? It’s laughable.

These people know nothing but their own wants, desires, grandiose notions of self and the social groups that reinforce them.

They are perfect consumers and perfect tools of control for any tyrant.

B-b-b-ut I thought liberalism (which glorifies the individual, through equality which insists anything the individual does is OK) was going to save us from corporate control and totalitarianism?

No, that’s just what it promised. And like advertising or offhand comments in a bar, promises aren’t binding.

Secretly, it’s tearing your society apart so you must depend on the control. There’s nothing left. And in the anarchy, without your cops and private security, you’re dead.

“Go to any working-class community, and you’ll find a variety of people who are making life difficult for their fellow citizens,” Murray said. “It’s not just the nice guys who can’t seem to hold a job, but there are also growing numbers of men who have no intention of working if they can help it and who convince girlfriends to help them but also bankrupt them. They leave the girlfriend as soon as they find out the woman is pregnant, mothers who use their 3-year-old to babysit their infant while they go out for the night, plus the common outright cases of physical and emotional abuse by the live-in boyfriend.”

And you probably thought that such pathology only existed in predominantly black Southeast Washington.

Among the upper middle class, life is good, he said. Marriages are relatively stable, work is plentiful, and strong connections to religious institutions are being maintained. – WAPO

More likely is that this is a wave of decay, surging upward from the proles into the upper classes.

Soon we all partake in our ruin! And that’s only fair, you know, equal and stuff.

That leaves out everything that makes us actually happy.

It gives us only the individual, but it makes that individual enslaved to social and economic pressures.

There must be a better way.

Murray contends that the pursuit of happiness is the vehicle for giving life that transcendent value.

“My position on happiness says that it is pursued with just four domains — vocation, family, community and faith — and that’s all there are anywhere in the world, in any kind of society, throughout history,” he says. “Human beings are hardwired to find deep satisfactions within those four and no other.”

“If that’s true, then a good society is one that makes sure those four domains are rich and vital, or at least doesn’t screw them up, which brings us to politics.”

Murray claims that a person’s political views are based on his or her premises about what constitutes a life well lived — the nature of happiness — and his or her beliefs about human nature.

“The latter point has been almost completely ignored for the last century,” he says. “Any system — communist, libertarian, social democracy — will or won’t work depending on whether it is consistent with human nature. If you want to say that there is no such thing as human nature, fine — but that’s an empirical assertion that has to be tested against data. I’m saying that the data are coming in, and there’s a flood of data on the way in the next few decades, and it is already apparent that the findings are going to vindicate just about everything I say.” – Earlham University

But we want personal happiness. How can that lie outside the individual?

Think about context: without oxygen, fresh water, and places to wander, you’d be miserable too.

If we locked you in a giant plastic bubble orbiting earth, with all of the TV, drugs, prostitutes, food and luxuries anyone could afford, even you might go stir-crazy after a while.

Yet when liberals offer you the empire of narcissism, you gobble it down like a cheeseburger. You just can’t help yourself.

This is why conservatives say there is only one political issue, which is the restoration of moral awareness and fortitude among the people.

When people en masse make decisions arising from moral cowardice, civilizations fall. Moral cowardice makes us prefer our own interests to a balance between self, society and world/nature.

But the cheeseburger is easier.