by Jonathan Peter Wilkinson on April 3, 2018 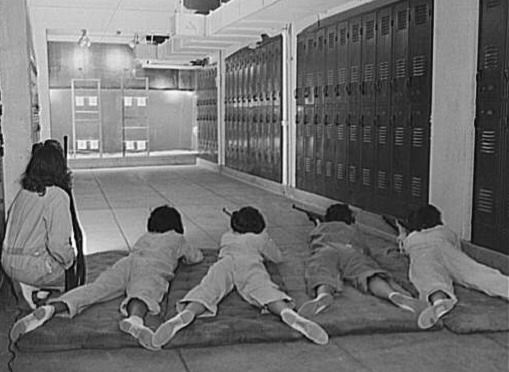 The children deserve a golf clap. Our spontaniously outraged students did a wonderful job of rehearsing their lines. March For Our Lives was completely scripted and obviously coached by professional political leftists. Right down to the call for you guessed it…Â¡REVOLUTION!

“We are sick and tired of the inaction here in Washington and around the country” by politicians who are “owned by the NRA,” David Hogg, a senior at Marjory Stoneman Douglas High School in Parkland, said on “Good Morning America” this morning. “Today we are going to start a revolution.”

The media even went so far as to decide how many people were in attendance before the event actually took place.

Around 200,000 people attended the March For Our Lives gun control event in Washington, D.C. Saturday afternoon, CBS News reported. The number is well below the 500,000 number organizers of the event expected and 600,000 less than initially reported by many news outlets immediately following the celebrity-fueled march and rally.

Just how much of a wild Â¡REVOLUTION! would take place if David Hogg got what was written on his script? Here are some the things you’d expect from someone who welcomes their government overlords and wishes they could go to a FEMA Camp.

“Guns are for the police and the government,” a 13-year-old girl confidently assured me….”Our school could be next,” said the other 13-year-old. “What if it is?”

It’s amazing just how rapidly Black Lives Matter has become hermetically unavailable for comment. She’s just one step away from asking where’s George Zimmerman when you need him? Could her school be next? Not bloody likely.

American children do not â€œrisk their livesâ€ when they show up to school each morning â€” or at least, not nearly as much as they do whenever they ride in a car, swim in a pool, or put food in their mouths (an Americanâ€™s lifetime odds of dying in a mass shooting committed in any location is 1 in 11,125; of dying in a car accident is 1 and 491; of drowning is 1 in 1,133; and of choking on food is 1 in 3,461). Criminal victimization in American schools has collapsed in tandem with the overall crime rate, leaving U.S. classrooms safer today than at any time in recent memory.

Now there are certain things that do make school shootings more likely.

Terry Brennan of Leading Women for Shared Parenting observed that â€œ72 percent of adolescent murderers grew up without fathers; the same for 60 percent of all rapists. 70 percent of juveniles in state institutions grew up in single- or no-parent situations.â€ She notes that â€œthe number of single-parent households is a good predictor of violent crime in a community, while poverty rate is not.â€ Part of the solution lies in stopping the many institutions creating fatherlessness in America, she says.

This would suggest that David Hogg is innacurate for suggesting that we all control the wrong gun. But just for the sake of argument, let’s evaluate how well the gun control measures Mr. Hogg and the rest of the piggies push for would actually work. The bottom line here is that they don’t work now and won’t magically start working later.

In essence Hogg and his merry band are pushing a bunch of crime prevention measures that would be less effective than ending no fault divorce for married couples with children. So what about preventative measures that actually might make it harder to get guns into the “Gun-Free Zone”? David Hogg tells us his views on clear backpacks and the First Amendment below:

â€œAfter we come back from Spring Break, theyâ€™re requiring us all to have clear backpacksâ€¦itâ€™s unnecessary. Itâ€™s embarrassing for a lot of the students,â€ he said. The way this was received on Twitter was essentially, â€œSo, how does it feel to be have your rights limited by common sense?â€

So a fake mass movement, pushing failed solutions, with no intelligent understanding of how the US Bill of Rights even works is ruling the day. The US Right deserves to lose if we don’t fight back against this. They don’t have to send the A-Team. They don’t even have to send the Junior Varsity. This is how Barack Obama won. He was competing against no one. Stuffed shirts can’t stop mass shootings either. The people who want it win. Why doesn’t anyone on our side even want it as much as David Hogg?