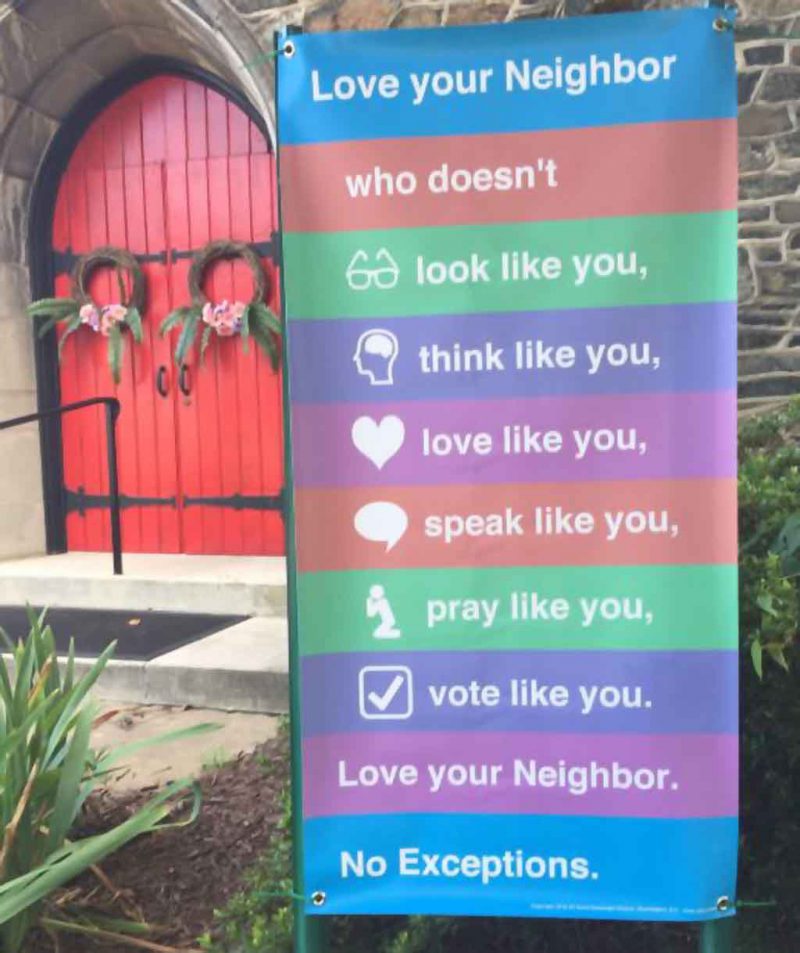 As has been said before, democracy provides the greatest entertainment at the greatest cost. After a contentious election, both sides declare victory; the public Right claims that it lost fewer seats than the norm, which is true, and the Left claims it refuted the president, meaning more accurately that now they intend to use the house to thwart him.

The interesting changes occur behind the scenes. People have realized that we are divided hopelessly and that gridlock might seem to be the best option for government, but really it just prolongs the agony. In fact, all fear the future because we no longer have any sense of direction as a nation. We are not a country anymore; we are a shopping mall divided into factions.

Some of those factions are ethnic, which makes sense because diversity always pits groups against each other. Some are political. Others involve special interests, or people who simply act in pure self-interest and care nothing about the future. All of these mean that we no longer have a “we,” or a sense of purpose, and this will eventually drain us of a sense of well-being.

Imagine being part of a large company. No one knows what the product should be, or how it will be sold, but they keep doing the same old thing. If you have ever worked for a company heading into bankruptcy, you know the pattern described here. People keep going through the motions, knowing that at some point, none of it will matter.

Behind the scenes as well, people are losing faith in a system of governance that leads us to conditions such as this. Democracy, by emphasizing individual choice over reality or a shared culture, naturally divides people into many bickering groups. Not surprisingly, faith in democracy has plummeted: 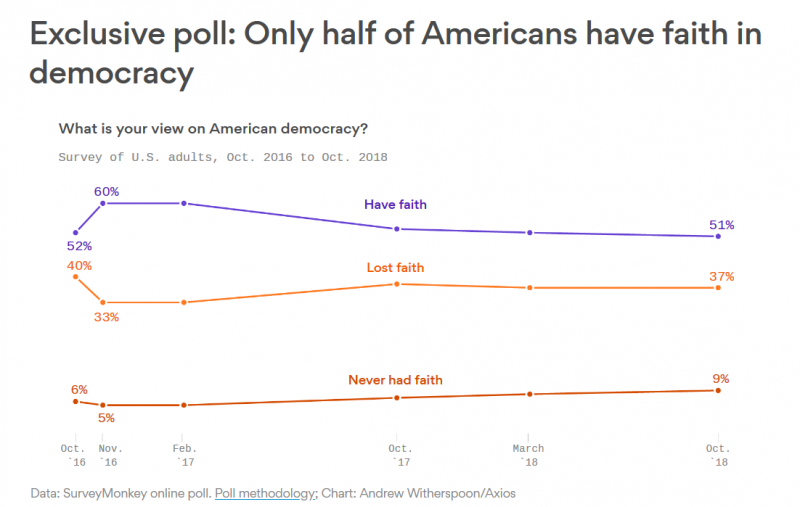 Just 51% of Americans said they have faith in the country’s democracy, and 37% say they have lost faith in democracy, according to a new Axios/SurveyMonkey poll conducted in late October.

SurveyMonkey also found that half the country believes America is more divided today than ever before — and that these divisions will probably continue far into the future (ranging between 46% and 51% over the past two years).

This follows up on earlier studies showing a decline in faith in democracy worldwide. As it turns out, people believe in democracy during its early years and then, once its effects have ruined their societies, they back off.

Like any process of this nature, the loss of faith in democracy starts with the most perceptive, a tiny minority in any society, and spreads outward. Those who make their living by asserting that everything is going fine — business, media, education, government — refuse to see it, and that denial also spreads.

At that point, the society exists in a race against time. Will people figure out that it is on a path to doom quickly enough, or will they like dogmatic ideologues hold on to their belief even as they are shown repeatedly that the system has failed and the longer we wait, the worse our prospects become?

In this sense, while the Right may have done well or not in the elections, it is winning the argument behind the scenes. The Right argues for reality-based thinking, in which one sees an order larger than the individual (culture, spirituality, social order); the Left argues for the individual as the highest order in society and disdains larger orders.

If we summarize the last half-millennium, we see humanity dodging different systems that were viewed as discredited and dangerous. First we kicked out the monarchs, then tried unlimited democracy, then republics, then dictatorships… we are out of places to which to run. Finally we will have to face the failure of modernity.