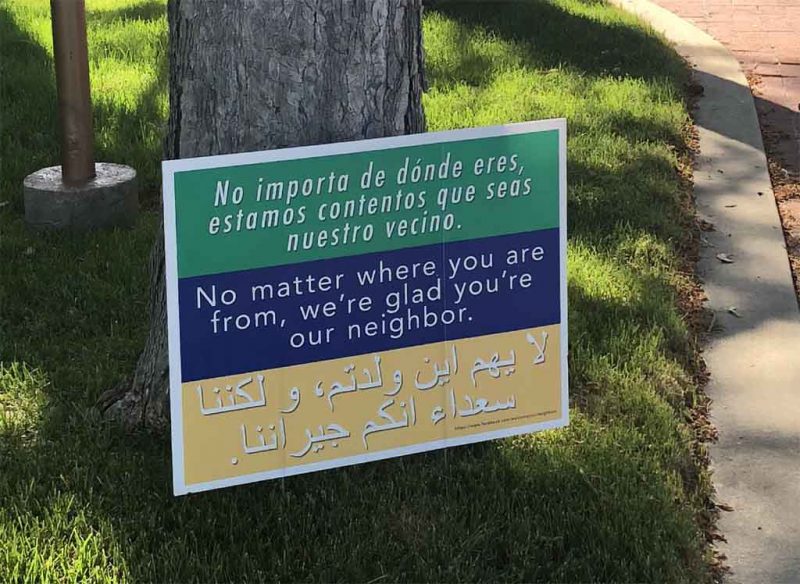 It has been an interesting year for Texas. Last fall, a massive hurricane struck the coast, dumping a ton of water on Houston, which had expanded in all directions so much that it could not handle runoff and promptly flooded. The state government refused to send money to help.

This shocked some people, but would not if they looked a little deeper into Houston, the most multicultural city in America. Houston is broke, having spent its money on the government jobs and benefits that minorities, diversity programs, and public events while ignoring infrastructure.

Since the minority-majority electorate has been distracted by trivial issues since the early 1980s, the developers — builders and people who create new neighborhoods — basically bought their way into politics. This has enabled them to develop the city for fifty miles in every direction, replacing forest land.

Houston has clay-heavy “gumbo” soil and so already has problems with water absorption. Over-development leads to much of that absorption being blocked by concrete, which creates large masses of water rushing through the metropolis. Houston has no place for its water to go.

When Hurricane Harvey hit, the city and/or Army Corps of Engineers made a grim choice: they released water from their reservoirs into the city’s oldest neighborhoods in order to protect the new lower-income developments to the West and North. In doing so, they flooded neighborhoods around the city and in nearby cities on the same river system.

The State of Texas took one look at this and saw a city that was already heavily in debt which was asking for money and denied the request. They realized that someone who cannot control his spending patterns will simply absorb any extra wealth and leave the problems intact.

True to form, Houston has done nothing and has no proposed plan for fixing the flooding. This event has had ripple effects as the rest of Texas looks at the problem of minority-majority rule, and one response has been to cut the wealth transfer loop in which Texas finds itself.

People move to cities in Texas for the cheap housing and free amenities. When they get there, neighborhoods swell, and then double their property taxes to build new schools and educate the new kids. This leads us to one of the twists of American politics: poor kids cost more to educate than rich kids, so the costs go up quite a bit.

Texas lawmakers are considering doing away with the “Robin Hood” policies that require wealth school districts to subsidize poor ones. In the wake of Harvey, this makes eminent sense.

When a group of smiling third world faces move into a Texas neighborhood, they know that the nice dumb white people will transfer money from elsewhere to pay for the new school and the higher costs of teaching lower-IQ children. This means the descendants of the pioneers and settlers of Texas see their taxes double and everyone else gets a free ride.

That creates a perverse incentive for people to move into Texas for the free schooling which is of a better quality than their own neighborhoods could provide, and specifically encourages them to create communities of poor people who then begin draining resources from the rest. After all, it is offered, and it is free.

To them, it seems like the excess of an absurdly wealth society being redistributed to those who missed out on the genetic and historical lottery, but in reality, the burden falls most heavily on the lower two-thirds of the middle classes. These see their housing costs go up the most.

Flowing from that, other states will see that the bottom line regarding social welfare benefits is that whatever you subsidize, you get more of. If you pay people to be poor, or displace some of their expenses — including education — because they are poor, you will get more permanent poor.

Now that white people are a permanent minority in the US, with more whites dying than being born and new generations being minority-majority, Anglo communities defending themselves by cutting off the flow of free stuff seems fair and reasonable.

Even in Europe, where as in the US the justification for importing the third world was that these people would work and be taxed to pay for Baby Boomer retirement costs in social benefits, skepticism about the social benefits state is rising:

Paying some of the world’s highest income-tax rates has been the cornerstone of Scandinavia’s social contract, with the political consensus in Sweden to save money for when the economy is less healthy. Yet the country is showing strains all too familiar in other parts of Europe with nationalists gaining support and Swedes increasingly questioning the sustainability of their fabled cradle-to-grave welfare system.

Resentment has built over the influx of more than 600,000 immigrants over the past five years, many from war-ravaged countries like Afghanistan and Syria, a huge number for a country of 10 million people.

There are also soaring crime rates, gang violence, complaints about education and pregnant mothers even being turned away from maternity wards due to a lack of capacity. The number of people waiting longer than 90 days for an operation or specialist treatment has tripled over the past four years.

The average person in the US or EU does not need social benefits because in order to survive their high tax and thus high cost society, they are dependent upon their jobs or businesses anyway. They can pay for their health insurance, retirement, and education. In the name of the relatively few poor, however, a great welfare state has been created.

That welfare state turns out to be a dangerous attractor for not just slouches but people looking for an easy way out of the third world. Instead of fixing their countries, they hope to go somewhere else, where between the greater social order and the free stuff they receive, life will be better even if they hate it for being foreign.

However, as the old tale “the goose that laid the golden eggs” reminds us, if you crush what makes something good by getting greedy, then you lose out on the future of enjoying it. The West has killed that goose by instead of offering its citizens a stable society, buying them out with benefits which in turn bankrupted their states and brought chaos.

At nearly a century of the social welfare state and seventy years of total Leftist dominance, people are rethinking the notion of having free stuff that subsidizes behaviors they do not want while slowly draining the productive sectors of the economy. We face a brave new future without these old and tired illusions.