Exploring The Mathematics of Seeking Exit 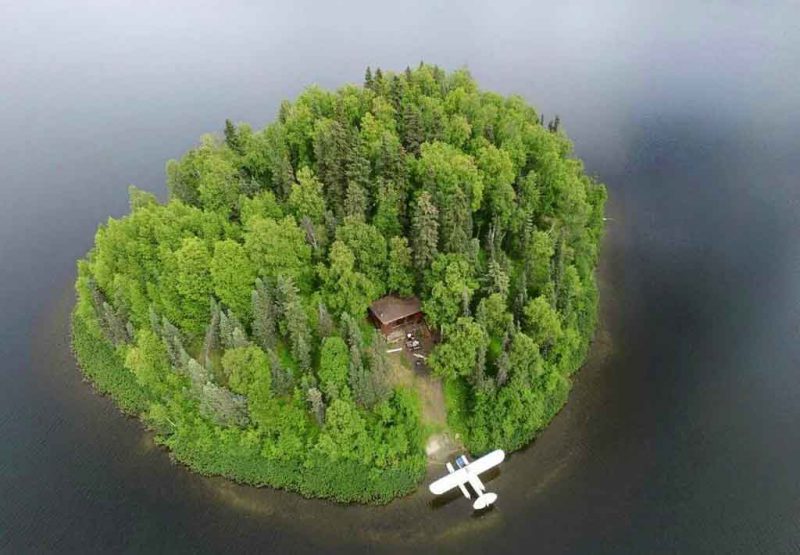 Exit used to be a thing on the Alt-Right. The “Real Conservative” GOPE types adored Rod Dreher’s formulation of the Benedict Option since it gave them an excuse to do nothing while praising themselves for being righteous. We heard little about exit after that.

Exit, like suicide, is a permanent solution to a temporary problem. Once you’ve pulled the Exit card out of your Deck of Many Things, you’ve played your Ace of Spades. You are no longer interested in building a civilization, only escaping one, and if your gambit fails, you die. And yet exit remains popular because it does not require the difficult task of, you know, recapturing a civilization and setting it to right, and you can still preach at the rest of us from your armchair. This leads to the question: how many are acting toward exit?

It seemed like there was exponential growth in the number of expatriates from 2008 until the end of 2016. However, the numbers seem to be leveling off, or even dropping. A large number of US citizens said that they would reject US citizenship and residency in the US if President Trump was elected in 2016. Here is a short list of celebrities that made such a promise. I am acquainted with several others who made similar claims. Certainly there must have been hundreds of thousands of US citizens who promised to leave the US if Donald Trump became president?

This doesn’t seem like a huge exodus. There were 327 million Amerikans after a recent census. As you can see from my simplified version of Al Fin’s data, this may well qualify as an exercise in pull-vaulting over mouse-turds. 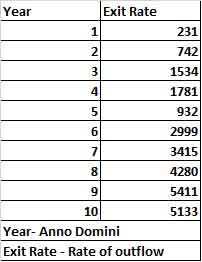 Assume that only the “Dreaded 1%” are presumptuous to announce their exit. Divide the largest annual total by 1% of one-third of 327 million and you will have a truly excellent argument in favor of still not getting a lather worked up over exit. There is, however, another side to this analysis. 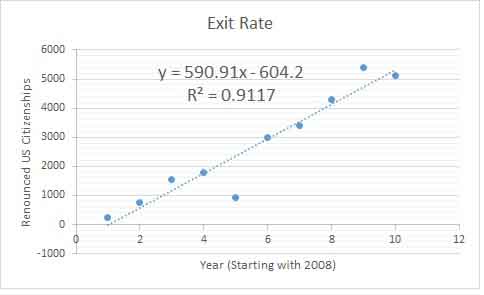 Let’s examine y = 590.91x – 604.2.* Where y represents the total number of American renunciants, and x represents Anno Domini 2007. By 2028 this functions predicts approximately 11K defectors from Amerika, comrade. Assuming a constant dy/dx and integrating over 50 future years, you get 723,200 defections. Assuming again that announced defections occur only among the Pompous 1%, we can divide by 1% of one third of 327 million and get a result that approximates !Oh Crap!

But, like The Walrus and The Carpenter, we talk of other things. Who are these defecting 1%ers? If you’re The Autiste de Sade and are still wondering when Arrick Bardwin will leave the USA forever over George W. Bush being elected back in 2000, the deathwatch continues on that baby. And let’s say these defectors are pretty much the glitterati atop business and Paedowood. If you really lose Arrick Bardwin, is it worth the investment to sent out a Dust-off Pilot? Also, given the recent change in Amerika’s fortunes, you notice the number of defectors has plateaued. Chartists might call it a classic head and shoulders pattern. Just another bubble waiting to pop.

If there really is a mass outflow of corrupted elitists seeking what Peggy Noonan prophetically called “A Separate Peace,” I’m reminded of an exasperated post-game rant from Former NFL Star Mike Singletary. “I can’t stand losers. Can’t coach with ’em. Can’t play with ’em. Can’t win with ’em.” Losing the tossers who suck off the system and go to some safe space when it goes from wine and roses to Guns N’ Roses isn’t the worse thing that could actually happen.

If our elites want their Benedict Option, let them take it. Perhaps #MAGA can be done by subtraction; it certainly will require that we lose some losers at some point. Particularly the subtraction of “allies” that can’t conserve much of anything because they run for the hills as soon as the war tocsin sounds.

* – Simple linear gave me the highest R^2 with this data. YMMV on buying the assumptions implicit with straight linearity. Fair ’nuff.