Everything #BlackLivesMatter Demands Is Solved By Reparations/Repatriation 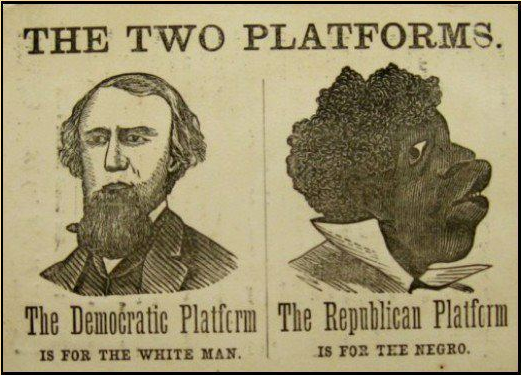 A cynic would see Black Lives Matter as a response not to white policing, but to the rising numbers of Hispanic Amerinds and Asians who are taking over black neighborhoods, traditional sources of income, and seizing the political power that was once exclusive to America’s most visible minority.

However, these demands do not seem like anything other than what every ethnic group wants for itself. There is only one glitch: these are demanded from white people, who will also pay for them, without correcting the source of the problems listed extensively in the full text of the demands.

Diversity destroys social trust, and in addition, makes groups compete with each other and dislike each other. Groups compete not just for resources, but for something far more important: pride. Each group needs to know that its values rule in its communities, that it founded and rules those communities, and that it is responsible for its future.

This cannot happen under a diverse state for any group. Even whites no longer are able to write rules for themselves based on their values. Instead, we have a hybrid of values that selects the lowest common denominator and mixes it with Leftist politics, which somehow always end up on top.

A more sensible goal for America is to realize that Diversity does not work and that this is not anyone’s fault. Bad policy is bad policy. We made a mistake, now we should fix it. Send all who are not Western Europeans back to their homelands with reparations, and there they will have everything they demand.

Things Will Not Just Go Back To “Normal” | Human Organization