“One of her major points is thatÂ while conservatives attempt to use logical argument, liberals jump to slogans, pictures, jokes, metaphors and threats.” – ‘Demonic, by Ann Coulter‘, Brett Stevens, June 2011 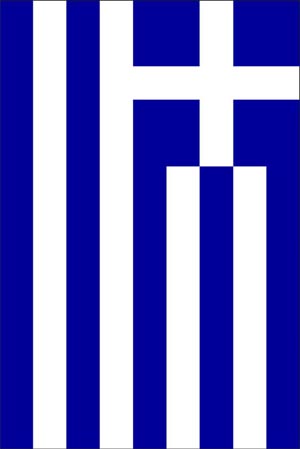 This is most definitely true. Take today for example, with Liberal parties and politicians declaring: “We must give money to Greece! If we do not, our pensions will be ruined, or investments will be gone, our banks will collapse!”

This is purely based on threat and fear-mongering. Let’s take a look at the following 10Â facts:

Then again, truth is that the ‘Conservative’ parties in EU as well as USA are on the leash of Big Business. With other words, in the pocket of the experts and the banks. Ordinary people tell me all the time: “But if we don’t give money to the Greeks, everything will be worse! That’s what the experts say, itâ€™s what the president says. So it must be true!”

The crowd follows this opinion, but Truth is that those so called ‘experts’ have no answer either to the arguments that are available for your reading up here in this post. This is because no one can argue with the Truth â€“ it doesn’t matter if you’re a street-sweeper straight out of rehab or an academic enrolled in an honours program. Ordinary people must face the fact that those political/economical ‘experts’ are in the pockets of Big-Business, which is in the pockets of the banks.

But letâ€™s not forget that America = Greece, if you look at government debts, monetary liquidity, and banks. The only difference being that America has the violence-monopoly over the world (or rather, over the civilized world).