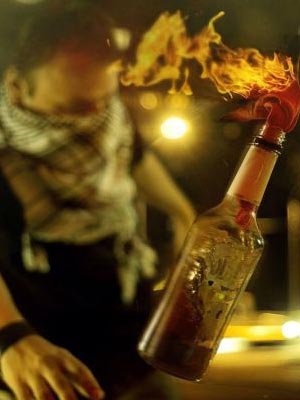 Many of us criticize globalization, and one of the many reasons for this critique is that roping together disparate nations guarantees they fall together. It doesn’t make them stronger — it makes them as strong as their weakest link.

If you read back to the days before WWI, we had a similar situation.

After the disasters of the French Revolution and the chain of events it set into motion, namely the Napoleonic Wars and the dissolution of the Holy Roman Empire, the European powers called a meeting in 1815. This “Congress of Vienna” hoped to re-draw the boundaries of Europe to achieve stability.

They needed to do this because the post-liberal politics of the days after the French Revolution entailed a move from the nation to the nation-state. If you want to understand all of modern politics, the screwup was here.

Instead of allowing each ethnic group to rule itself according to its own rules, they came up with the precursor to globalism — regionalism, or the idea that you could unite geographically proximate tribes under a political (democracy) or economic (capitalism) banner, and produce a nation state.

Nations were ethnic groups ruled by monarchs; nation-states are modern states, with diversity of some form or another, presided over by an administrative central bureaucracy that enforces a universal standard to compel each of those groups to get along.

The Congress of Vienna was a hack; it was a hack to fix a politically unstable situation caused by the French Revolution and the introduction of liberal parties across Europe.

At the Congress of Vienna, it was decided to set aside nationalist interests in order to keep the peace. For the next hundred years, nationalists (the right) and revolutions (the left) rent Europe like a cheap flag. By sticking to that Congress of Vienna resolution, the European powers became large imperial corporations since they no longer had culture in common.

One area this became unstable was Eastern Europe. Austria-Hungary was a major power, but because it was composed of radically different groups, was split by class warfare and nationalist angst. Even worse, the conflict got ethnic.

Austria-Hungary was in favor of a common German culture and rule to Europe, where Russia and her Serbian allies wanted a Pan-Slavic empire to take over Eastern Europe and as much of central Europe as possible. (This conflict thrives today; see T.E.E. Leichhardt’s excellent synopsis of Eurocontinentalism versus Eurasianism here).

As with all really big conflagrations, the discontent built up like firewood and someone finally threw a spark on it with the assassination of Archduke Ferdinand. The Pan-Slavic (Russia, Serbian) and Pan-Germanic (Austro-Hungarian) factions went at each others’ throats; everyone else, tied in by political alliances, jumped in the game.

The system that had kept relative peace for centuries, nationalism, had been thrown away in 1789 by the liberal revolution in France. It took another 125 years for us to fully see its impact, which was a devastating war which left unresolved issues that then exploded in the next war.

Two generations later, we’re in the present. Things have advanced since 1789 — every country in Europe is liberal, although we’re seeing the right wing re-organize and emerge stronger in places like Hungary, the UK, and Sweden. These are good places to wake up and fix what 1789 did to us.

The problem is that in order to keep our nation-state empires afloat, we indoctrinated our citizens in liberalism. In addition, we first became colonialists for liberal reasons (to spread our wealth among our lower orders) and then reversed colonialism for liberal reasons (feeling pity for the colonized), and thus, we’ve made a mess of European and American society. The West is in decline like a cancer patient who stops eating.

As a result, we have a situation like what happens in Greece — but everywhere. Greece just go their first, in the same way that “Americanism” doesn’t exist; America and the UK just reached truly liberal societies before mainland Europe did.

In Greece, the population are convinced government should provide them entitlements. This way, they live easy lives; they go to school until they’re in their 30s, they get easy paper pushing jobs from which they can never be fired, a lot of time off, plenty of social services, and everyone no matter how poor or how foreign gets aid and amnesty.

The problem is that government cannot afford this, so it takes out loans from foreign banks. These banks eventually want their money. The people, who love their entitlements, promptly blame the banks for the country being bankrupt.

Like the reasons for WWI, these are rarely honestly discussed. It’s unpopular to tell the Greeks their mouths wrote a check their asses couldn’t cash. Even more, since we’re all steeped in liberal dogma, it’s blasphemy and apostasy to speak against the entitlement state, multiculturalism or equality. And that money went to support these things, so it just should be free.

What we’re seeing in Greece now is a riot of brats. Spoiled by their lazy governments, who just went with the flow and let the voters approve any number of unrealistic schemes, the brats want the free ride back. But the ride was never free; the bill was just put off for awhile. Since politicians lose elections for demanding accountability, and win elections for giving away free stuff, democracy is its own worst enemy here.

The rioters in Greece have behaved like a gang of drunken vandals after their favorite football team lost the tournament, which further confirms the “brat” hypothesis. If you give someone free stuff, but don’t fix the underlying problems of society, they grow up in a subtle hell where they’re bought off with those entitlements. In a dying society, your perks are all you have.

But for all the chest-beating, vandalism, violence, howling at the moon and blaming of the “banksters,” Greece still faces its fundamental problem: it spends more than its economy is worth. It needs to fix that. The protesters and voters really hate that.

Right now, Greece wants someone — anyone — to promise them another loan, or to buy off the debt, or forgive it if possible. They’re saying to Europe, “Look, we’re one of the team, right?” and Europe is thinking how Southern, Eastern and Western Europe really are different civilizations or types of them.

Beware of Greeks bearing debts. They’re dumping the past 200 years of Western failure into your lap, and they want you to pay for it, so they can keep living in fantasy land. It’s better to deny them and let this crisis burn out now, instead of putting it off for another two centuries.

Euro or Drachme? | The Tyranny of Liberalism by James Kalb