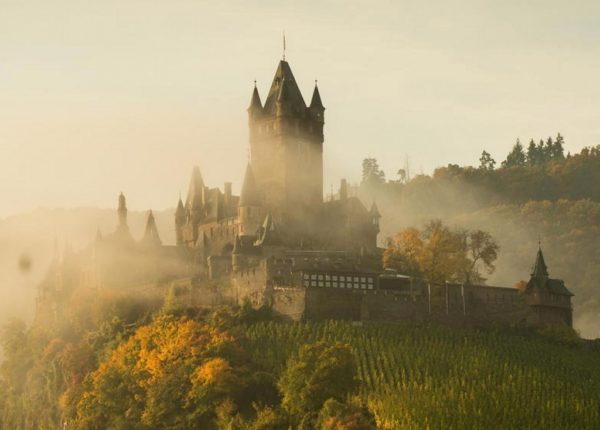 Scientists have their method reversed: they look at details, and then draw conclusions about the whole, forgetting that a detail serving to represent the whole has only partial truth value and is inherently misleading.

One of the conclusions drawn by scientists is that, because the genes that prevail through natural selection are the ones that reproduce themselves, there is no such thing as “ethnic genetic interests.”

If they were a bit more attentive, they would notice that genetic information contradicts this view entirely, because we can see how European groups pursued homogeneous breeding practices through the ages.

The paradox of group genetic interests and group selection is that, if natural selection picks traits that survive, why do people choose to breed within their tribe rather than without? The safe liberal conclusion is that they only did so because they were geographically isolated, but history shows us that this is not even true, since tribes contacted each other all the time.

A more sensible view is that people choose others like them for the health of the offspring and from the knowledge that, if people who share more of their DNA survive, they are closer to reproductive success than if they invest their DNA into people who do not have any of the common substructure that makes a group similar to one another.

Not Politically Correct serves up a version of the group genetic interest theory that makes sense of this paradox:

Since the ethnic kinship coefficient has been worked out to the equivalent of half siblings, it may be useful to frame the issue in those terms. If I am 25% identical to my half sibling by comparison to any other co-ethnic, it is because there is a quarter of my genome that I share with my half sibling due to our common descent. Specifically, our mutual descent from our mutual parent gives us a specific combination of genes that nobody else is likely to have. 25% of my genome is 100% identical to his alleles of the same genes and the other 75% is as similar to his as it is to any other co-ethnic, but taken as an average across my entire genome, any given allele is 25% more likely to be shared with him than it is everyone else in our race.

The ethnic kinship coefficient works in an uncannily similar way. Instead of inheriting those 25% identical genes from recent common ancestors, the two co-ethnics inherit the same genes due to the fact that people of their race usually have those genes (think melanin, keratin, microcephalin, EDAR, HERC2, or any other gene for which the frequency of alleles differs overpopulation).

All animals act in self-interest. People, as a type of animal, do the same. Human groups also do the same, and they identify themselves by the metric of “more similar than different.” This means that they share traits and pass them on together, which is why people choose to breed within a group if they are healthy and confident.

Because of this shared genetic heritage, your neighbors pass on your genes as well as their own. This allows the group to choose isolation, as advanced societies did over the ages, and then focus on selective breeding for the best of those traits. Smart observers will notice that this mirrors the conservative formula of realism plus transcendentalism, or a desire to improve quality in the way that nature does.

In addition, there is another factor. Social capital consists of all of the knowledge passed along by family, friends and society to the youngsters of the next generation. For this to work, the new generation must be roughly similar to the old and with the same inclinations, or the social capital will be incomprehensible or seem irrelevant to them.

Natural selection does not reward the person who wins the fistfight. It rewards the traits that are found in the individuals that reproduce the most. In groups, this means that shared traits are the ones that won out, and therefore, the traits that will continue to propagate.

Denial of ethnic group interest and group selection are motivated by a fundamentally egalitarian desire, which is to insist that all people are compatible and that race is an accident of history. Common sense, logic, history itself and the genetic data show that this is an illusory theory.