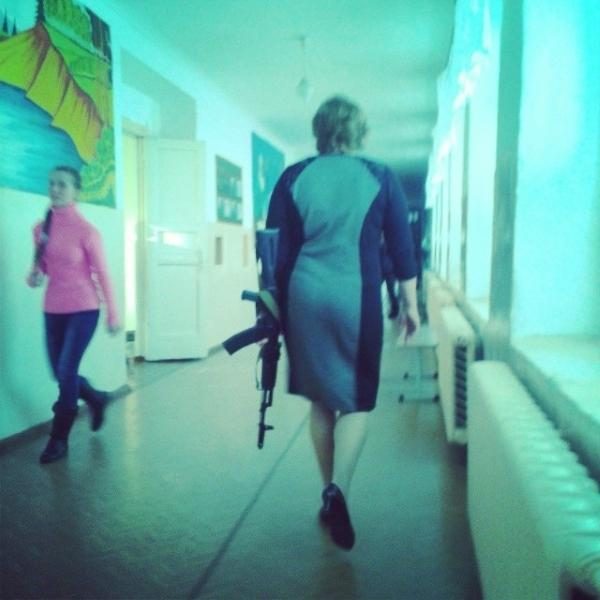 About two decades ago when my career as an underground conservative writer began, it became clear that the Right — which steers itself mostly by gut instincts, aesthetics and memory — was philosophically confused.

This philosophical confusion leads to terms being used in a single context as absolute categories, and this creates the “football game” mentality of politics. Someone says that collectivism is bad, and so the knee-jerk reaction picks up momentum and soon people are opposed to anything that allows people to work together as a group because that is, you know, “collectivism.”

Remember that conservatives have always been the “stupid party” because they tend to be unsophisticated innocents whose only claim to fame is being more realistic than the Left. We are not morally better because there is no innate or universal morality; we are more accurate, for those who want things like civilization, greatness and the best possible lives for themselves and their families.

This means that our instinct is not to come up with fancy terms and theories, but instead to try to distill down to the center of an issue for the plain truth, because although things get complicated after that, this is necessary for context and orientation. The Left does not need that, since it exists in a single context — the progressive path from primitivism to Utopian egalitarianism — and interprets every idea on a flat-level hierarchy as a result.

Conservatives misunderstand this and fail to understand Leftists as a result. Leftism is a fanatical belief system, perhaps the most fanatical ever to exist. Those in its grasp, especially those who need it as part of a personality construct, are not to be reasoned with because they reject any logic broader than their narrow categories.

The Right has LARPed itself into non-existence by insisting on “being the better man” and “taking the moral high ground” when this misunderstands morality because they see it through the “football game” mentality and filter it through the lens of the self alone. Morality is about results, not the judgment of individuals; we either achieve what is good or we do not.

With that knowledge, we can see that the only moral path is doing right; this is a ends-over-means calculus, which is fortunate because means-over-ends is insane. To take that moral stance is to reduce morality into posturing and to proclaim that you would rather lose with your dignity intact than win and solve the problem by having to be flexible in morals.

An instance of this confusion can be seen in this analysis of Utilitarianism from a blog that is frequently read around here:

An essential aspect of statism, and communism in particular is the amoral component to it. The only virtue of communism is increasing state control. If accomplishing that requires you to shoot people kneeling in a shallow ditch or starve an entire nation of men, women and children, then it is a moral act. If history is any indication there is no act of depravity that someone, somewhere will not do to usher in this â€˜utopiaâ€™ of theirs. Much of this goes back to Bentham, Hegel and the utilitarian school of thought. The â€˜greater goodâ€™ fractures any moral compass of the believer, replacing it with permission to do any act which â€˜benefitsâ€™ the â€˜whole.â€™ What the greater good is, what benefit means, and what the whole is cannot be defined except on an individual level. As Satanist Aleister Crowley put, â€˜do what thou wilt shall be the whole of the law.â€™ Utilitarianism is exactly that. You define the greater good, you define what benefits the whole.

The problem with utilitarianism is not that it places the greater good over the moral compass of the believer; if anything, that is what is likely to be its salvation, since this is the classic ends-over-means calculus that is central to conservatism.

The problem with utilitarianism is that it is based in what people want to believe and not what is real. “The greatest good for the greatest number” cannot be assessed except by asking them, in other words through democracy, and since people are unequally competent with the vast majority being somewhat delusional, this results in wrong answers most of the time.

Nature and reality endorse ends-over-means. You have the choice between winning brutally or dying with your moral pretenses intact. One wonders why humans find this so traumatizing. Perhaps it is that we project ourselves into the losing party, and so create a morality of “saving everyone” to ensure that we personally never lose. Collectivism is individualism.

The problem, as is evident to anyone who has spent time in the world and can be honest about it, is that most people are foolish and that even intelligent people in groups behave like herds. They panic and stampede, or stand around oblivious while the wolves get closer, then trample each other fleeing in disorganized terror. Utilitarianism does not work.

Utilitarianism will always be popular because people like herds. When we talk about the horrors of utilitarian governments in the past — shooting people in ditches, starving whole nations, beheading whole families — we are not talking about individual moral failures, but the fact that choosing policy by popularity is itself a failure.

Modern conservatives are confused on this issue because they approach it from the sportsball perspective instead of looking at the meaning of the terms themselves. Utilitarianism is bad not because it is morally bad, but because it always fails; it is not an issue of individual morality, but the morality of results.

To be truly moral, we must choose ends-over-means thinking because it achieves good results, and this means that everything else is toxic because it achieves bad results. Our morality must be that of results and not the crowd, however, because the crowd always chooses wrong. To think otherwise is to be utilitarian, and to participate in social decline.