Erff Day and Why Science Sucks So Badly In Modern Amerika 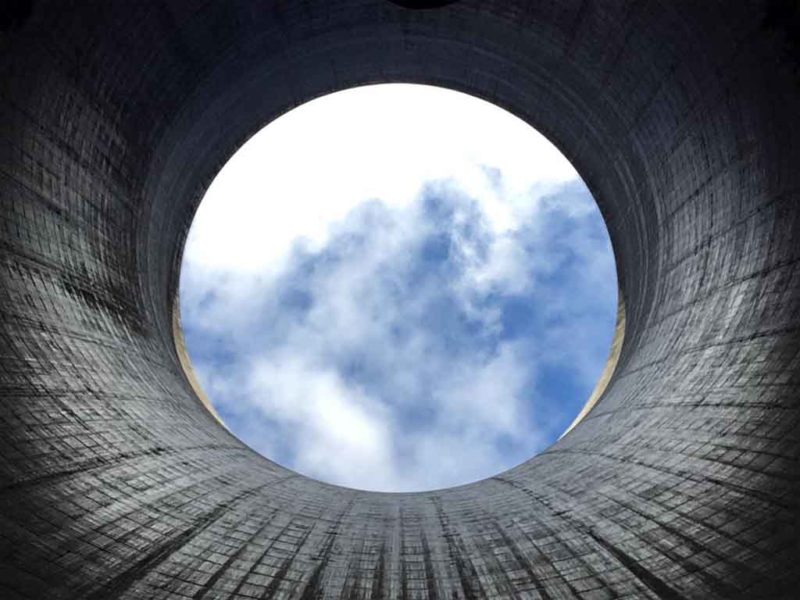 Amerika turned its back on pretending to want science to improve people’s lives in 1970. It was this year in which a new “holiday” was inaugurated.

The first Earth Day was the brainchild of Gaylord Nelson, the Democratic senator from Wisconsin. The moment was obviously ripe. Nelson had proposed a national “teach-in” on the environment in September 1969 and only eight months later, everything was in place for the single largest national demonstration in American history. Dramatic events such as the Cuyahoga River bursting into flame in 1969, the blowout of an oil well off Santa Barbara, and the “death” of Lake Erie due to pollution all fed Americans’ concerns. The sorry state of America’s environment hit home for me when, as a 16-year-old high school student from the mountains of Virginia, I visited George Washington’s home, Mt. Vernon, on a marching band trip. Bobbing in the nearby Potomac was a sign warning visitors not to come in contact with the water..

Instead of promoting greatness and helping our nation scale new heights (See IGY in 1957), the environmental movement hijacked science and turned it into a restrictor plate that interfered with further human endeavor and held it back. It did so by attempting to criminalize and demonize all results and efforts of human progress. Part of this was a series of apocalyptic predictions that nearly make Trayon White’s (((Weather Control))) Hypothesis seem rational in comparison. Here are thirteen of the greatest hits.

“Civilization will end within 15 or 30 years unless immediate action is taken against problems facing mankind.” â€” Harvard biologist George Wald

“We are in an environmental crisis which threatens the survival of this nation, and of the world as a suitable place of human habitation.” â€” Washington University biologist Barry Commoner

“Man must stop pollution and conserve his resources, not merely to enhance existence but to save the race from intolerable deterioration and possible extinction.” â€” New York Times editorial

“Population will inevitably and completely outstrip whatever small increases in food supplies we make. The death rate will increase until at least 100-200 million people per year will be starving to death during the next ten years.” â€” Stanford University biologist Paul Ehrlich

“Most of the people who are going to die in the greatest cataclysm in the history of man have already been bornâ€¦ [By 1975] some experts feel that food shortages will have escalated the present level of world hunger and starvation into famines of unbelievable proportions. Other experts, more optimistic, think the ultimate food-population collision will not occur until the decade of the 1980s.” â€” Paul Ehrlich

“Demographers agree almost unanimously on the following grim timetable: by 1975 widespread famines will begin in India; these will spread by 1990 to include all of India, Pakistan, China and the Near East, Africa. By the year 2000, or conceivably sooner, South and Central America will exist under famine conditionsâ€¦. By the year 2000, thirty years from now, the entire world, with the exception of Western Europe, North America, and Australia, will be in famine.” â€” North Texas State University professor Peter Gunter

“In a decade, urban dwellers will have to wear gas masks to survive air pollutionâ€¦ by 1985 air pollution will have reduced the amount of sunlight reaching earth by one half.” â€” Life magazine

“At the present rate of nitrogen buildup, it’s only a matter of time before light will be filtered out of the atmosphere and none of our land will be usable.” â€” Ecologist Kenneth Watt

“Air pollution…is certainly going to take hundreds of thousands of lives in the next few years alone.” â€” Paul Ehrlich

“By the year 2000, if present trends continue, we will be using up crude oil at such a rateâ€¦ that there won’t be any more crude oil. You’ll drive up to the pump and say, â€˜Fill ‘er up, buddy,’ and he’ll say, â€˜I am very sorry, there isn’t any.'” â€” Ecologist Kenneth Watt

“[One] theory assumes that the earth’s cloud cover will continue to thicken as more dust, fumes, and water vapor are belched into the atmosphere by industrial smokestacks and jet planes. Screened from the sun’s heat, the planet will cool, the water vapor will fall and freeze, and a new Ice Age will be born.” â€” Newsweek magazine

“The world has been chilling sharply for about twenty years. If present trends continue, the world will be about four degrees colder for the global mean temperature in 1990, but eleven degrees colder in the year 2000. This is about twice what it would take to put us into an ice age.” â€” Kenneth Watt

So I know what you want to ask. “How many of these jack-offs got fired for being that wrong? Does Paul Ehrlich live in a cardboard box under a freeway interchange in San Mateo, CA yet?” I’m sorry to shake your faith in rationality and goodness. These people were not inaccurate. Their lies hit the exact target they were aimed at. They were all given pay raises and comfortable tenured sinecures for spreading such wonderfully effective bullsh!t. Scientific progress is currently in a hitting slump that would put any Major League Baseball team ten to twelve games behind The Red Sox or The Astros.

Why? Because of two things. One, there is time preference problem involving scientists having to get the most sensational article out as fast as possible. This leads to sloppy and disingenuous results. Sloppy and disingenuous results get debunked when another scientist attempts to execute the exact same procedure to reproduce the results (archive).

Consider three findings: Striking a â€œpower poseâ€ can improve a personâ€™s hormone balance and increase tolerance for risk. Invoking a negative stereotype, such as by telling black test-takers that an exam measures intelligence, can measurably degrade performance. Playing a sorting game that involves quickly pairing faces (black or white) with bad and good words (â€œhappyâ€ or â€œdeathâ€) can reveal â€œimplicit biasâ€ and predict discrimination. All three of these results received massive media attention, but independent researchers havenâ€™t been able to reproduce any of them properly. It seems as if thereâ€™s no end of â€œscientific truthsâ€ that just arenâ€™t so. For a 2015 article in Science, independent researchers tried to replicate 100 prominent psychology studies and succeeded with only 39% of them. Further from the spotlight is a lot of equally flawed research that is often more consequential. In 2012 the biotechnology firm Amgen tried to reproduce 53 â€œlandmarkâ€ studies in hematology and oncology. The company could only replicate six.

The second thing killing Amerikan science is monetarily- and ideologically-driven groupthink. Everyone in Geophysics had to buy into Global Warming or get shut down for being a denialist. Everyone in physics had to be just fascinated by String Theory or the shekels went to somebody else’s lab. Dwight Eisenhower explained String Theory and Global Warming far better than Edward Whitten or Alan Robuck. Eisenhower described the coming convergence to narrative of Amerikan science below.

Akin to, and largely responsible for the sweeping changes in our industrial-military posture, has been the technological revolution during recent decades. In this revolution, research has become central, it also becomes more formalized, complex, and costly. A steadily increasing share is conducted for, by, or at the direction of, the Federal government. Today, the solitary inventor, tinkering in his shop, has been overshadowed by task forces of scientists in laboratories and testing fields. In the same fashion, the free university, historically the fountainhead of free ideas and scientific discovery, has experienced a revolution in the conduct of research. Partly because of the huge costs involved, a government contract becomes virtually a substitute for intellectual curiosity. For every old blackboard there are now hundreds of new electronic computers. The prospect of domination of the nation’s scholars by Federal employment, project allocations, and the power of money is ever present â€“ and is gravely to be regarded. Yet, in holding scientific research and discovery in respect, as we should, we must also be alert to the equal and opposite danger that public policy could itself become the captive of a scientific-technological elite.

So if science can no longer legitimately science, than why would anyone IFLS? They IFLS because the rotting skin of the gutted carcass of what was once legitimate science, and what is left of its reputation and grandeur, can be worn as a fake skin by people who want to achieve other ends. New Atheists view this “science” as a cure for the so-called God delusion. Just science enough, and you won’t believe in sky fairies unless they let you touch the nail holes in their hands. Others now view this “science” as a way to insult and demean anyone they disagree with. Obviously, these people are incurious or just plain dumb enough to like lead paint chips on their hamburgers.

So in the end, Erff Day was not a celebration. It was a funeral. It was the day science was buried as an engine for progress (in the non-political sense) for a better future in Amerika. Earth Day was a philosophical conquest of science by the Left. Being reproducible was not as important anymore as enhancing the narrative and kicking out all the crime-thinkers. It was the new creation myth that would supersede the old, crazy superstitions. Who gives a damn anymore if none of it is actually reproducible. That only matters when you go to see your doctor who is relying on the latest info he gets from the typical biomedical journal.