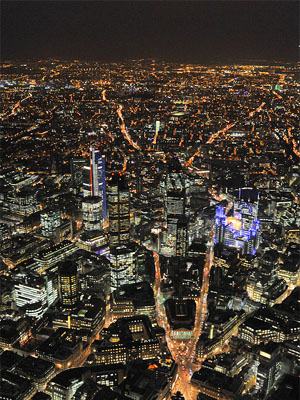 Right before the most recent depression hit, the West was engaged in full-on manic “green” behavior.

It has fallen off somewhat, since there’s no point showing off your wealth in a recession. During hard times, you show off your humility, which is the way you saw you’re wealthy and hip enough to not have to say it.

But our green mania appears unchanged at its core, which is an obsession for buying products that show off how green the buyer is. The Toyota Prius, which saves some gasoline in exchange for the disposal nightmare of its batteries, is the most blatant example.

However, because we ignore difficult truths and prefer public image that is visually a more tangible symbol of our personal importance, we forget the most obvious green actions.

We are pouring out millions of gallons of gasoline every week. We could change this process not with some fancy technology, but by using existing technology and common sense.

Yet no one wants to do it because it’s not the self-contained individual choice. Green products are an option for purchase, and while totally ineffective are also inoffensive.

It might require some changes for all of us to avoid pouring gasoline on the ground. They would not be great, but they would puncture the bubble of our relatively absolute freedom, and require we actually cooperate instead of simply buying products to fake the appearance of something.

Our gasoline-pouring starts with traffic. At every light, and every clogged street, cars idle away prodigious amounts of gasoline. In stop-start traffic they burn even more. This could be avoided with staggered work attendance times, better street design, and just in time stoplight management. But no one seems interested.

We also pour away millions of gallons worth of energy in electronic lights and other security apparatuses. Probably a small percentage of our population commits crimes, but on the pretense of being free, we refuse to stop them. And so we all pay, every day in many ways.

Even greater amounts of energy are wasted in sending fools to desk jobs that achieve very little. Maybe they work four hours a week; stop the pretense of “equal” attendance, and require them to be at work for only those four hours.

Some might even say that we waste energy keeping alive many who clearly do not respect life enough to live. Criminals, the obese, the stupid and violent, the perverted and the self-destructive. Each one of them could be ten acres of forest land instead.

We focus on trivial problems in direct proportion to how serious the problems we ignore are. This is a survival mechanism, designed to keep us hiding from a predator through the process of denial. But it doesn’t work with the burden we face as those who have conquered nature.

Our real green problem is one of honesty. We can’t face our real problems and so we chase symbolic ones. If we made a simple change to that dysfunction, we could banish our woes in no time at all.