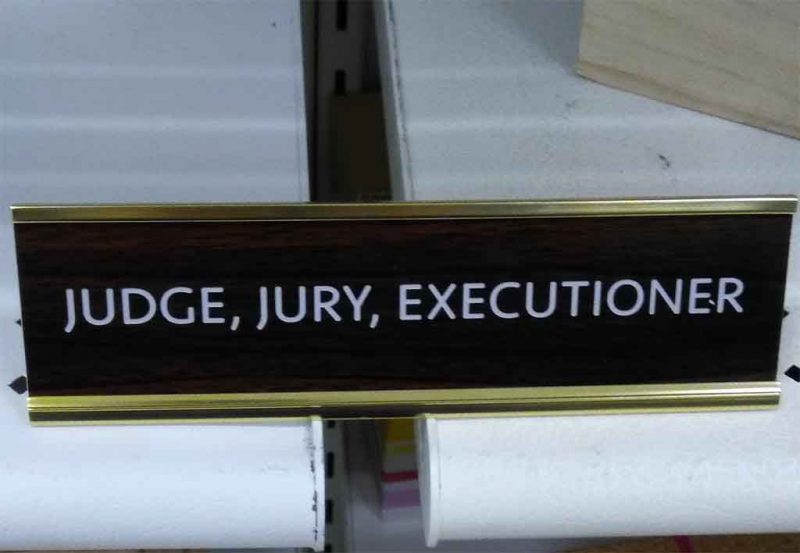 As part of an unintentional series of articles reviewing basic political concepts through a philosophical/historical lens, such as the Left/Right divide, it makes sense to look deeper into this phenomenon of “equality” that people are always chattering about.

“Equality” means different things because it has never been defined. It conveniently lumps together a few related ideas that sound good to a gathered crowd, and then they assume that it is contiguous with those, when in fact it is like a word-virus, a concept that has a life of its own and expands to fill all space and seize all power.

At first, and to conservatives, “equality” seems like it means fair treatment: everyone gets the same shot. When Johnny, Suzy, Nguyen, and Treyshawn step up to the starting line, they each get to run as fast as they can and may the best person win!

It also means they get no special privileges in court. If Treyshawn is a billionaire, he does not get treated any differently than impoverished homeless person Suzy or working class Nguyen. In this we can see the class warfare roots of equality as a concept, where people with less money are afraid that the rich get away with lawbreaking.

Social implications come into play as well. Equality, in the way our brains think of it, means no social cliques that enforce on the rest of us. We all hate cliques; when a clique regulates, it tends to do so by excluding others or classing them as rejects, like the nerd corner during the pledge scene in Animal House.

Wrap all of those together, and you have what the average person thinks of “equality.” To them, it means a fair chance, and in this they sense the ability to have power. They can force their way into any situation because they are equal without losing social rank and prestige.

In fact, “equality” is like a get-out-of-jail-free card. The equal person can insert himself into any social scene and disrupt it so that it conforms to his own disordered mind. He can tear down any who are naturally above him. He becomes supreme, like a little king empowered by equality and the State!

However, herein lies a glitch: equality can only be used retroactively, as in “I was denied this in spite of my equality.” As a result, the citizen styles himself into a victimhood role where he is always looking, in any situation, for a reason why his right to equality was violated, so that he can use his power.

People who have nothing — by definition, those who are equal, since no one has anything more than anyone else — gain a sense of power only by asserting their rights, authority, or demands on others. Since the only people with power are victims, they always seek to become victims in a paranoid and solipsistic view of life.

This means that equality constantly re-interprets itself retroactively. For this reason, if you treat everyone fairly but results are not equal, the only acceptable conclusion is that inequality is to blame. Not surprisingly, throughout history every “treat people equally” regime became a “take from the strong and give to the weak” agenda.

Equality creates a pathology where people seek to be victims so that they can destroy others and take what they have. Feminists hate masculine men because they want to subjugate men and take their power and wealth; ethnic groups seek to emasculate any stronger groups so they can dominate them; special interest groups demand special treatment so that everyone else must serve them.

The toxic nature of our society can be explained by the flowering of this psychology.

To recap, equality is toxic because although it sounds like everyone being treated the same, that creates inequalities and so is self-contradictory. Therefore, anyone who remains dedicated to equality, over time, finds themselves subsidizing the weak at the expense of the strong.

History repeats itself. There are no exceptions. That means that we can expect the exact same course to play out in our society whether we choose “equality of opportunity” or “equality of outcome.” Once you let equality in the room, it will always follow the same path.

The pathology of victimhood under egalitarianism causes the creation of special interest “colonies” on the basis of religion, race, social class, ethnic group, special interests, politics, and cultural alignment. These colonies, using victimhood as a preemptive weapon, sway the political process despite having small numbers:

It suffices for an intransigent minority — a certain type of intransigent minorities — to reach a minutely small level, say three or four percent of the total population, for the entire population to have to submit to their preferences. Further, an optical illusion comes with the dominance of the minority: a naive observer would be under the impression that the choices and preferences are those of the majority.

…Someone with a peanut allergy will not eat products that touch peanuts but a person without such allergy can eat items without peanut traces in them.

…Let us call such minority an intransigent group, and the majority a flexible one. And the rule is an asymmetry in choices.

…The entire growth of society, whether economic or moral, comes from a small number of people. So we close this chapter with a remark about the role of skin in the game in the condition of society. Society doesn’t evolve by consensus, voting, majority, committees, verbose meeting, academic conferences, and polling; only a few people suffice to disproportionately move the needle. All one needs is an asymmetric rule somewhere. And asymmetry is present in about everything.

Small groups, if they assert their needs inflexibly, take over because larger groups can easily accommodate them. The larger groups do not recognize the gradual change as they would a sudden change, and wake up decades or centuries later to find that their nations have been fundamentally transformed.

In the West, egalitarians started as a small group demanding a few rights. In order to avoid conflict, they were accepted, and then their demands spread to all areas of society. Centuries later, our civilization has been re-aligned to entirely support their views. It is a complete conquest.

Those of us now who want a future are fighting back against the conquest by egalitarianism. Our view is simply that equality does not exist in any form, and that anyone who wants equality has been infected with a mental virus and is dangerous. For this reason, we want to physically remove such people.

Equality, like other forms of humanism, is a self-confirming feedback loop. It rejects any order larger than the human individual and then, because it refuses to see its own wrongs and rationalizes its failures as successes, declares victory as a pretext for expanding itself.

Intellectually, the concept of “equality” captures human brains because it is so simple that it seems like a universal solution and since we have no basis for rejecting it, we accept it, at which point it uses asymmetric warfare to achieve dominance and eventually destroy us.

The Earth is a graveyard of failed civilizations, and they all went out through class warfare and egalitarianism. It is a perverse reward for success: when you get powerful enough, you then have to fight the enemy within, which is our human tendency to desire individual power instead of a stable order.

On The Coming Separation | League Of The South Texas State Conference Kicks Off On September 29, 2018