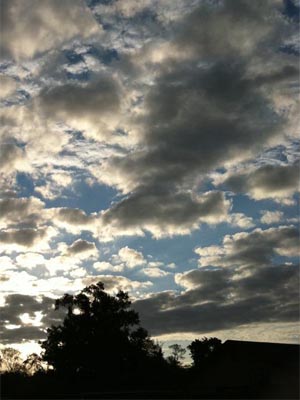 The past 70 years of history in the West have consisted of us re-living WWII propaganda. It’s the freedom fighters versus the bad guys, and wherever we go we bring equality and democracy, and thus everything is going to be OK.

We partner that with a Rosie the Riveter style attitude that we’re going to send everyone off to work in industry, and build up a giant war machine by working all the time, and that’s how we’ll beat back those lazy and possibly stupid and certainly evil fascists.

In other words, this is a moral struggle. But it’s not personal morality, which is the desire to defeat impulse control issues, act morally and become competent. This is group morality: our morality of equality is better than what anyone else has, and they join us or we destroy them.

Slowly, this reasoning is beginning to fall. It is fundamentally liberal in its outlook because it is based on the equality of all people, which is the essential idea of liberalism. However, it incorporates consumerism and a militant patriotism (not nationalism, which it replaces) as means of control.

When asked if they agree with the statement â€œOur people are not perfect, but our culture is superior to others,â€ just 49% of Americans either completely or mostly agreed. Thatâ€™s down from 60% agreeing in 2002 and 55% in 2007. Some 46% disagreed in the latest poll, while 5% refused to answer or said they didnâ€™t know.

Younger Americans were less likely than their older peers to agree with the statement. Just 37% of people under 30 were inclined to a belief in American exceptionalism compared to 60% of those older than 50. The views of the younger generation may change over time, so that doesnâ€™t necessarily mean that the overall number is headed as low as 37%. But the poll also noted that the drop in those agreeing with the idea of U.S. superiority was down from previous polls for all age groups.

The declining view of U.S. superiority was largely similar to results in the large European countries. Less than 50% of people in Germany, Spain, Britain and France view their own culture as superior, but unlike the U.S. those numbers are little changed from 2002. – The Wall Street Journal

Exactly. We got sidetracked down a bad path in the 1930s, and now we’re seeing that it took almost a century, but bad ideas eventually produce bad results (a shocker, that) and now we are getting to live through those bad results.

The propaganda of WWII, which encouraged women to break the family unit and become wage-earners, and encouraged men to stop thinking of self-interest and start thinking in that Soviet-style clammy groupthink of “morality” based on the equality of everyone, culminated in 1968.

Massive riots blighted the West as student groups, the homeless, the insane and others agitated for equal rights everywhere. For new groups — Southern and Eastern Europeans, Jews, blacks, Hispanics, women, homosexuals and Amerinds — and for the greater mobility within the old groups.

We’re equal now, the reasoning went, so smash down the class structure, redistribute the wealth, and make government force this ideal on those who do not agree. Forced busing! Integration at bayonet-point; new equality laws and new police to enforce them.

That thought process got us to where we are now. The “meritocracy” of equality insured that if people made themselves figure out a few nominal tasks, like certifications/education and memorizing the right trends in the workplace, they could join the power structure.

Rocked by the shattering forces of the Depression and World War II (and flush with the prosperity of the postwar years), the old moneyed elites of the Northeast and Midwest did something really remarkable: they voluntarily abdicated their position. Ivy League colleges threw open their doors to the bourgeois masses, and cut back on the Saint Grottlesex crowd. The old WASP bastions democratized or were swept away by nimbler competitors who didn’t scruple to sacrifice profits because it might look bad to the boys in the club. First Jews, Irish, and Italians, and then later blacks, Hispanics, and Asians, burst through doors that had once been reserved for the sort of people who got married and buried at St. Thomas Church. They were joined by the children of undistinguished WASP families from America’s small towns, suburbs, and tenements.

The architects of the transition envisioned a shift to a new meritocratic society in which the circumstances of one’s birth didn’t matter–only hard work and talent. But that hasn’t happened. Instead, we have a system that has less mobility than the old, forthrightly aristocratic version. – The Atlantic

The problem however isn’t a lack of social mobility — it’s that our leadership has become incompetent and destructive, and that the social policies all these brave leftists administered have wrecked us socially. We are now a wasteland of people without direction, acting selfishly, and expecting the collective to subsidize their bad decisions.

This is how civilizations decline and eventually fall. With technology, that process is accelerated. We go from being a happy 1950s-style place to being a dystopian version of Brazil, to eventually falling before our enemies and/or unleashing ourselves on the world in some destructive way.

What did this to us was our own fascination with shiny moral symbols like equality, freedom, democracy, civil rights, justice and independence. We corrupted these symbols with our idea of equality of all individuals, and turned them from positive things into destructive ones.

What would be the worst mistake we could make right now?

To repeat the same pattern.

Even as you read this, people are gearing up to preach that same tired WWII-propaganda, itself derived from the French revolutionary dogma of 1789, as a “new” idea or “reform” of a bad system. In other words, the same bad ideas that made this mess are now being presented to you as a solution.

You would have to be brick-stupid to accept these ideas.

Yet because they are selfish, neurotic, incompetent and greedy, many of your fellow citizens are speedily demanding these old ideas anew, mainly because it’s convenient for them personally. They will want you to do the same. Resist.

Perhaps the most articulate and sophisticated of OWS “spokespersons” (that being a mild contradiction in a movement that rejects leadership) is David Graeber, an anthropologist from Goldsmiths, University of London who, as far as I can tell, was first identified as such in a piece in Bloomberg Businessweek last month, and who has since confessed to being the creator of the “We are the 99%” slogan.

Graeber is an open advocate of anarchism, and was a key player in the discussions in New York that occurred last summer that gestated what we now know as OWS…He has very interesting things to say about the ties between anarchism today and in its American heyday (heyday being a relative term — it’s always been relatively small) in the Gilded Age of the 1880s and 1890s and up to World War I. He argues that the war ushered in a long period of global conflict and struggle, right up to the Cold War, driving underground a movement that argues against the necessity for authority, hierarchy and government. Anarchism, he notes, re-emerged in the form of the anti-globalization movement as the Cold War ended and the economy boomed. Of course he was speaking in 2006, before the financial crisis and before the world economy began to shake and shudder. Looking back now, you have to wonder why, under these crisis conditions, so many seem attracted to what Graeber calls “experiments in direct democracy” and re-imagining the world in new ways.

…”Anarchism is about acting as if you’re already free. … Anarchism is democracy without the government. Most people love democracy, but most people don’t like the government very much. Keep one, take away the other — that’s anarchism. Anarchism is direct democracy.” He elaborates. “Anarchism is the commitment to the idea that it is possible to have a society based on principles of self-organization, voluntary association and mutual aid. It’s not the belief that we are necessarily going to have it but that we could have it. You can’t know it’s possible. But by the same token you can’t know that it’s not possible.” – The Huffington Post

Anarchism, democracy, freedom — wait, where have we heard these terms before? In 1789, the idea was that if we deposed the kings, we would all be equal and live in peace in harmony. In 1968, it was that if we got rid of the hierarchy and all became equal, all our problems would end.

In other words, these “new” ideas this clown is preaching are in fact very old ideas, straight out of 1789 and 1968, and are in fact the very same ideas that got us into this mess in the first place. The very definition of insanity is repeating the same actions expecting different results.

People wonder why those born between 1965 and 1980 tend to be nihilistic and wary of commitment. Why many of us keep an ironic distance between ourselves and just about everything. That’s because so many aspects of the culture we inherited were a form of lie told to us daily. And unlike previous generations, we never really got a hero. No FDR. No Camelot. Just one jerk after another trying to sell us snakeoil with a smile. The only president who even made an attempt to do things honestly, Jimmy Carter, was branded a fool.

Plenty of us rolled the dice as entrepreneurs because we didn’t trust the suit-and-tie corporate scene any more than we trusted politicians with comb-overs. Left alone as latchkey kids, we turned away from all that, creating our own worlds (the Internet) and cocooning ourselves in shallow pop culture, our very own Land of the Lost. As we reached adulthood, many of us sat alone at our computers, accepting all too often Reagan’s invitation to disconnect from our government and get on with the business of accumulating and consuming to fill the great emptiness.

For a moment, it looked like Barack Obama might finally give us something to believe in. But we weren’t terribly surprised when that didn’t work out, either. Among progressives, Gen-Xers may have been the least trusting of the sweet-talking pol from Chicago. Baby Boomers were stirred by the lingering hopes of their youth. Millennials had not yet faced betrayal by a politician they looked up to. But Gen-Xers suffered no such delusions. We never really looked up to anybody. We’ve tended to travel pretty lightly in this world. – Lynn Parramore, “Back to the Future? Generation X and Occupy Wall Street”

With good cause we distrust. Generation X saw the last glimpses of old, 1970s America, before the 1968 reforms really took hold. We were the last people to have the old style teachers, who believed in discipline and learning the material, before the “political types” took over. We saw an idyllic America in its last days and we saw what was coming. It’s no wonder we don’t trust a single thing under the sun.

We are slowly learning. Equality kills hope. The dogma of 1789/1968 prioritized equality over all else, and it crushed out country and all others like us. Equality is not a goal, but the absence of a goal. If you want to reach a goal, you reward those who can do it. Equality is a move against that.

And now, we see the incompetents rise up again since problems have emerged. Because they are incompetents, they have “solutions” for us, which are to repeat the same idiotic ideas of the past in a new form. They get all wide-eyed and excited. But don’t buy it for a minute. They will kill hope just like last time.