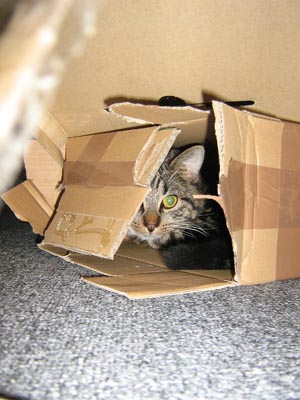 Cycles repeat, but because life must be interesting, they rarely do it in the cut-and-dry way that machines repeat.

Instead, they camouflage themselves before they restart, creating a kind of cosmic “Where’s Waldo?” as we small creatures try to spot the entry of the recurrence.

To my cynical mind, this is a cycle restarting.

Every time a group of people feels abandoned, they have a tendency to protest, make some noise, then drop out, and only later rejoin society — but this time, with no power. Why? They dropped out. They let whatever they feared would happen, happen, and ran away, and now inherit the results.

The 1960s “tune in, turn on, drop out” has permeated through culture. Except now that our society is wrecked by the divisiveness and illusory promises of 1968, the only option left seems to be drop out:

My introduction to the world of politics was learning that the leader of my country was a no-good crook. Welcome to Generation X.

People wonder why those born between 1965 and 1980 tend to be nihilistic and wary of commitment. Why many of us keep an ironic distance between ourselves and just about everything. That’s because so many aspects of the culture we inherited were a form of lie told to us daily. And unlike previous generations, we never really got a hero. No FDR. No Camelot. Just one jerk after another trying to sell us snakeoil with a smile. The only president who even made an attempt to do things honestly, Jimmy Carter, was branded a fool.

Plenty of us rolled the dice as entrepreneurs because we didn’t trust the suit-and-tie corporate scene any more than we trusted politicians with comb-overs. Left alone as latchkey kids, we turned away from all that, creating our own worlds (the Internet) and cocooning ourselves in shallow pop culture, our very own Land of the Lost. As we reached adulthood, many of us sat alone at our computers, accepting all too often Reagan’s invitation to disconnect from our government and get on with the business of accumulating and consuming to fill the great emptiness.

For a moment, it looked like Barack Obama might finally give us something to believe in. But we weren’t terribly surprised when that didn’t work out, either. Among progressives, Gen-Xers may have been the least trusting of the sweet-talking pol from Chicago. Baby Boomers were stirred by the lingering hopes of their youth. Millennials had not yet faced betrayal by a politician they looked up to. But Gen-Xers suffered no such delusions. We never really looked up to anybody. We’ve tended to travel pretty lightly in this world.

Our grandparents saw ordinary people rise up in the ’30s and ’40s to demand — and receive — fair wages, Social Security and equitable growth over the next 40 years. Our moms and dads witnessed the great advances for women and minorities born from the rebellion of the ’60s. Those generations before us saw with their own eyes that the people could join together and fight back to gain something powerful for themselves. They understood that entrenched systems could be challenged, and even conquered.

Gen-Xers never got to learn this. We learned how to blow up digital aliens with a joystick. – Alternet

Note that I said “seems.” Seems is a troublesome word. It makes no truth assertion, contrary to its use in newspapers. It makes an implication, but that implication can be cynical, e.g. “If you were drunk, high and stupid, this might seem like a great idea!”

The above article is highly ambitious and covers many topics, but it really nails the dilemma of Generation X. They saw everything had failed: the old order failed, then the hippies failed, then anyone who wasn’t a hippie was trying to help us beat the Soviets.

Might as well go back into your room, play with your computer or video games, and drop out of the world. It’s interesting that Generation X may be our greatest drop-out generation ever. They basically invented the modern slacker. They became the stealth generation — by choice. You can still find them in the out-of-the-way places, doing whatever jobs allow them to keep mental stability.

What made them such wrecks?

Gordinier graduated from Princeton in 1988, a year after the stock market crashed and just in time for a recession that left him and many of his peers jobless. He recalls moving back home and using FedEx instead of Gmail to send out his resume. Xers witnessed the rise of the yuppie and the burst of the dot-com bubble. Theirs, he argues, was a bleak inheritance. “Instead of getting free love, we got AIDS,” says Douglas Rushkoff, author of 1993’s GenX Reader . “We didn’t believe the same kind of things as boomers. It was much harder to fool us.” – Time

They believed in nothing. They were, after all, nihilists, which is an honest profession if you can get it. The problem with that outlook however is total alienation. You see through the motivations of others.

Generation X saw how the Baby Boomers staged a massive liberal revolution culminating in 1968 and made all sorts of “positive” changes. Generation X then watched those changes wreck society as profoundly as the greedy yuppies of the 1980s, the Cold War or other massive schisms.

In the same way, MRAs have seen through the motivations of Feminism. On the surface, it proclaims equality; under the skin, it’s a theft expedition to take wealth, power and hope from men.

One thing is certain: dropping out, and indulging in small pleasures instead of taking on this system and changing it, is not the solution. The 1968-ers were crazy, definitely, but at least when they dropped out, they forced the system to change. Generation X and MRAs are still looking for that voice.