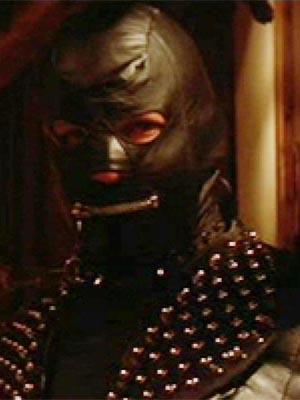 The 1990s were a shallow, plastic decade and what made it worse was that people then pretended that it was the exact opposite.

Just like in the 1960s, everyone dressed up in Hippie Halloween costumes and went out to be profound without money or power, and ended up coming back to money and power, this time with an arrogant belief that there must be no other way.

Shortly after the 1990s ended, a new generation shifted up a hybrid of 1960s and 1990s culture, a hippie-grunge-slacker hybrid. Because such a formulation is inherently unstable, it quickly became a cover story for dishonest, selfish and pointless human beings… in short, average people who wanted to appear exceptional.

For those who think about the issues the MRM raises, there are two good points to make about hipsters:

Hipsters are insincere and hollow because they conceal their primary goal, which is making themselves look good. They contort and adopt anything they can find, ironically of course, to make themselves stand out in a crowd. This suggests they have no concept of being actual, functional human beings.

Men have suffered from the hipster because the hipster hates all real masculine values and wants to replace them with a simpering insincerity and obedience. The hipster is a slave to his woman and likes it, because he has insulated himself with irony. He’s not doing it because he believes in it. He’s half-mocking it and if it falls apart on him, he never cared. He was always free.

Men succeed when they have a unique role which only they can fulfill. They can then compete for improvement in this category. Men fail when the areas that men can be good at are replaced by areas in which only simpering, subservient, weak-chinned men thrive.

These hipsters and other socialites are distinct because they are inverted. They aren’t good at anything, except socializing. They define themselves by female interest and how hip they and their stupid dubstep-psychobilly bands are. These values are the opposite of male values.

Male values of the strong type are not based on what others think. They are based on results, on doing the right thing in complex situations that sometimes require bad things to be done to get good results. They are based on being proud, independent, and taking women when you are ready, not as gluttony.

Since you were born, a vast media establishment and the people you socialize with have been trying to drum a formula into your head: it’s not who you are that matters, but what other people think you are. This emasculating nonsense will make you into a hipster, and as hollow and purposeless as the 1990s.