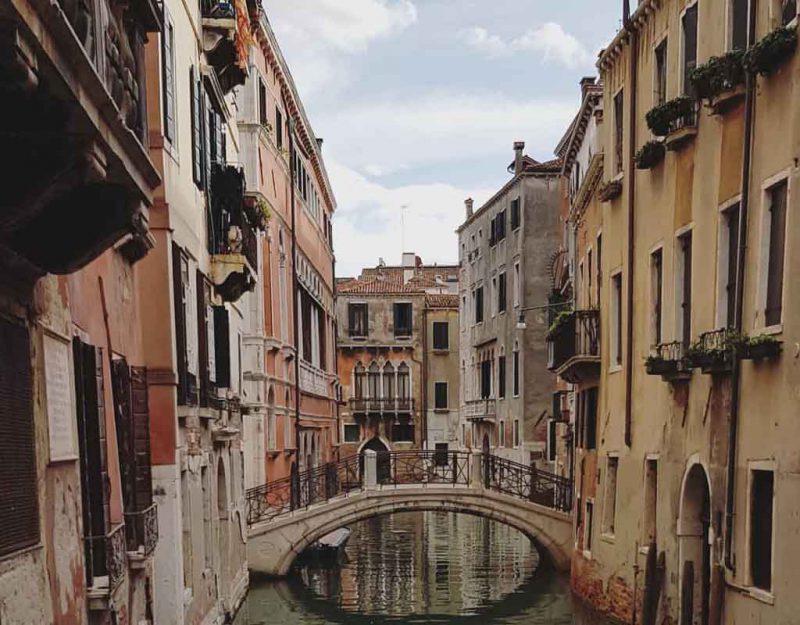 When we talk about civilization decay and how to bounce back from it — the topic of this site — inevitably the topic of entropy will arise. We all know roughly what it means, but now how it is meant, and for that reason, become confused about where entropy appears in a dying civilization.

Our old friend Britannica provides a useful definition of entropy:

The idea of entropy provides a mathematical way to encode the intuitive notion of which processes are impossible, even though they would not violate the fundamental law of conservation of energy. For example, a block of ice placed on a hot stove surely melts, while the stove grows cooler. Such a process is called irreversible because no slight change will cause the melted water to turn back into ice while the stove grows hotter. In contrast, a block of ice placed in an ice-water bath will either thaw a little more or freeze a little more, depending on whether a small amount of heat is added to or subtracted from the system. Such a process is reversible because only an infinitesimal amount of heat is needed to change its direction from progressive freezing to progressive thawing.

The Clausius form of the second law states that spontaneous change for an irreversible process in an isolated system (that is, one that does not exchange heat or work with its surroundings) always proceeds in the direction of increasing entropy. For example, the block of ice and the stove constitute two parts of an isolated system for which total entropy increases as the ice melts.

In simpler terms, entropy applies to closed systems meaning those which are separated from any other influence, and it reflects what is made impossible by previous choices.

Human societies suffer entropy when order breaks down by too much disorganized order. That is, things break down over time because previous choices foreclose possibilities, usually through collective emulation of past successes.

Consider a small farming community. It starts when hunter-gatherers settle down after an unusually harsh winter which leaves game scarce. They plant their favorite onions, nuts, berries, grains, and tubers. Now they have a stable but not opulent existence.

Someone develops a basic irrigation system, digging a grid of ditches that water his plants. Yields and quality increase; this is good. Someone else figures out how to use composted manure to fertilize the plants. Another person discovers that having a network of birdhouses cuts down on parasites.

All of this is good, but it works against us. If someone decides to start farming by another method, they will find it hard to get help from others. If this method breaks down, people will have forgotten other methods. Starting a farm now requires ten times the investment as before.

This shows us how even good things, over time, create a breakdown of order by foreclosing possibilities. This narrowing of possibilities makes it harder to move dynamically. Society now follows a procedure, leading to bloat, slowness, and complacency.

Consider characters in a television series. At first, there is a clear story arc: characters with flaws encounter external challenges and must overcome flaws. Then, the show goes on, and new challenges must arise. These necessitate changing the characters further.

One loses a leg. Another gets married. Others become changed by the conflicts they take on. Now each character has fewer possibilities through the need to be consistent with the past of the story. At some point, no new story can be told, because every story in this show is defined by the past.

We experience the same in our lives. When we make choices like careers, marriages, locations, and expenditures, we limit what else we can do. Sometimes, we can change these things, but we can never escape the weight of experience and how it changes our knowledge.

Civilizations suffer entropy through compromise. Humans invest themselves, their money, or time into things and, because of that sunk cost, want those things represented, even if irrelevant to the civilization. Consequently, they tear civilization apart with special interest group in-fighting.

When you get a human social group together, it functions as long as it has a goal other than itself, but over time the original goal is forgotten and the group replaces that goal with a new goal, “unity.” At that point, compromise dominates so all people can be induced to give allegiance.

This originates in individualism, or the desire of the human to be valuable in himself, not for his place in a larger order (his contributions, productivity, creation, and function). He wants to be more important than the order of nature, and so he opposes any order that limits the individual.

This leads to demanding his place in the compromise. If he does something, it must be represented, which requires that goals be secondary (if considered at all). This makes him a special interest for whatever he does, since like the farming method above, he is invested into it.

To preserve unity, societies choose a variety of pluralism: pacifism, compromise, equality, tolerance. This means that everyone represents their special interests, choices are not made, and society carries the burden entirely.

Entropy appears through this burden. Now the group prioritizes being inoffensive over being accurate. Human pretense — avoiding people being offended because of sunk cost — increases entropy by eliminating options from the choices available, since they will offend someone.

Political correctness, taboos, and censorship follow and further increase entropy by not just limiting action, but speech and representation, in turn controlling thought. We think of thought control as death rays from a secret island mad scientist laboratory, but the reality is more prosaic.

When society becomes devoted to “agree to disagree” or as we formally call it, pluralism, no goal can be had but a burden of “shadow goals,” or things which cannot be criticized, ties one hand behind the back of that civilization. It can only keep doing what has not yet been banned for being offensive.

This works until its environment changes, it grows, or it encounters a new problem; then, it acts like a blind machine, churning on through the methods of the past, without considering the new situation and the demands that it imposes.

In contrast to humanity, nature provides a low-entropy environment. It does this through two methods, one physical and one metaphysical.

Natural selection provides the physical method. This chooses what works and repeats it, but also adds infinite variation, so that all methods are constantly being tried, re-adjusting to the changing environment and discovering new possible methods. Any method which is more efficient and resilient to fluctuations in the environment is preserved, basically testing any method against both output and durability.

The metaphysical method cannot be proven or disproven, like all things metaphysical, but it involves the persistence of pattern. Our system is not closed; it appears to favor patterns which more than simply being efficient and durable, are also elegant and beautiful. Something in this world urges excellence beyond what is merely pragmatic, as if it was partnered with other dimensions beyond the visible where complexity, beauty, and grace were valued.

This pairs with natural selection to create a system of infinite expansion beyond the physical. The qualitative dimension allows creatures, individuals, and ideas to expand beyond mere adaptation and become relevant on a larger sense, more aesthetic than computational.

From that we can learn how to make a low-entropy civilization:

We may not like the rules of nature, but they rule us on a mathematical level, meaning that we can never eliminate them. The patterns we recognize are not arbitrary, but the result of the logical functioning of the world. The sooner we mature, accept this, and resume adaptation, the better.

For our future we must remember that equality is entropy. Whenever people are made equal, they begin a chaotic expansion which results in both random activity and a narrowing of possibility, but wherever we make a naturalistic hierarchy, we function against the accumulation of entropy.