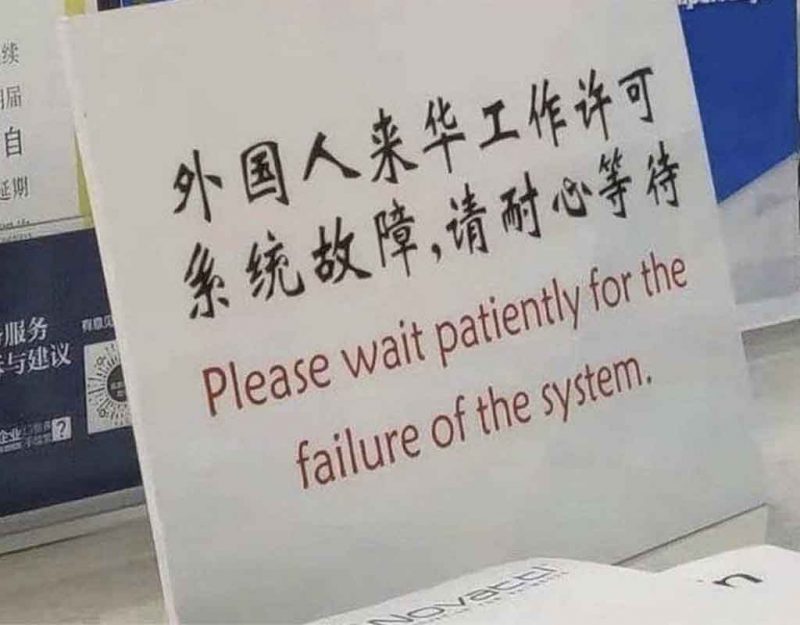 Rumblings travel long distances but sacrifice precision, so that you feel them but have no idea what they mean, precisely. Something has come apart; something large is coming; something else is moving, grinding against what was.

Back in the 1990s, Francis Fukuyama expressed the opinion that liberal democracy was the last stage of human evolution. Samuel Huntington countered that this system would fragment, leading to a clash of civilizations or nationalist order.

Guillaume Faye saw the modern era collapsing through converging catastrophes of politics, economics, and environmental holocaust. Fred Nietzsche saw it collapsing from within from a lack of spirit and meaning.

By the same token, George Orwell saw our doom as coming from totalitarianism. Aldous Huxley had previously written that we would opt for the totalitarian in a Utopian context through our pursuit of narcissistic pleasure.

Speaking of narcissism, Christopher Lasch saw it as taking over America through the individualism of liberalism, but Tom Wolfe pointed out that as civilization collapsed, people rationalize the decay in order to maintain positive outlook.

None of these are wrong, and all are part of the answer. To this we might add my own hypothesis, which is that civilization teaches us to use others through social pressures, but this peer pressure then backfires and controls us.

In any case, we are coming out of the era of modernity, the society based on the egalitarian individualism of The Enlightenment.™ It has failed on many levels, but most fundamentally, by failing to provide what it promised.

Liberalism — the liberalizing of standards, making the individual more important than social order — inverted the previous notion of society, which was finding a natural order and adapting to it in a way that maximized quality and goodness.

Over time, liberalized society has in turn inverted itself, progressing from a society in defense of the individual against others and their potentially greater knowledge, to a society that suppresses individuals to maintain the pretense of equality.

The symbol won out over the reality. The definitions eroded over time, from complex things to simple ones. Now, as happens when every civilization ends, we have a mob chanting for things — democracy, equality — they do not understand.

None of this would be a surprise to our leaders. They know that with enough money, someone can live a comfortable life anywhere, and they intend to make like Hugo Chavez and flee with billions so they can live ling kings anywhere they go.

In the meantime, they are enjoying not just the power trip but the revenge. The people who rule us now were not the football players and prom queens with English names who got straight As and were well-rounded future winners.

Our current leaders were the nerds with weird foreign names and exotic looks who hung out at the back of the gym while others took all the glory. Now they want to smash that healthy, prosperous society for having been invented by others.

This means that they do not have eyes on the road ahead. They simply want to seize what is here now and destroy it, then escape with the loot. They have contempt for those that they rule: in their world, there are only the rich, and the losers.

Speaking of how societies invert themselves, it seems funny how time and again our altruistic “worker’s” groups get turned into vehicles for the personal wealth of their leaders. It is as if the dishonesty takes over like a viral infection.

We are watching this system crash at this point, and it is bigger than any single country or leader. Look toward the following:

You will not see this in the media because the people in it have no clue. They survive by being entertaining and giving simple answers, not looking at the big picture, and there is no money in inescapable doom.

Science will not figure it out either. Scientists make their money by studying detail and deriving conclusions that jive with the cultural zeitgeist of their era. They are entertainers using science, not objectivity crusaders.

No one will say it, but everyone is feeling it. They wrecked capitalism by making it into market socialism, or socialism within a free market society, and they have removed culture by replacing it with bureaucracy and diversity.

Nothing stands between us and the abyss, but the rumblings can be heard. We can see the first signs in declining satisfaction with democracy as the true nature — hidden under the face value altruism and individualism — of democracy emerges:

Across 34 countries surveyed, a median of 52% are dissatisfied with the way their democracy is functioning, compared with 44% who are satisfied.

Between 2018 and 2019, publics grew increasingly dissatisfied with democracy in five out of 27 countries surveyed in both years, while dissatisfaction dropped in nine.

In 16 of the 34 nations polled, lower-income respondents are more likely to say they are dissatisfied with the way democracy is working.

Since WW2, Leftism has accelerated across the world, mainly since democracy, civil rights, and market socialism are all Leftist ideas. In a system based on Leftism, Leftist notions predominate, and so that system goes steadily Left.

That means that right now, the Left are the Establishment, or those with all the money and power who have been running the show — with a few blips here and there for conservatives to fight wars and fix the economy — since the last big war.

People who have not benefited from the current system are currently trying to exit it, mainly by rejecting the Leftist ideal — equality, diversity, socialism, individualism/narcissism — at the core of modernity. These are in revolt:

A political realignment is taking place. Rural America is already Republican and, more specifically, Trumpian. Now more and more working-class and working-poor Americans are leaving the Democratic Party and voting Republican. Why? Because they feel their plight, their reality, has at least been recognized by Donald Trump’s GOP.

Right now, they are still hoping for a “fix” to the current system, instead of the type of radical change that is required. They needed to see Trump get cheated, exiled, and censored in order to realize that the whole system is broken.

For us to get to a point where we can exit democracy, the functional people in our society need to realize that democracy in all forms is broken, and that the people who depend on it need to be exiled from among us. That is “extremism” to most.

However, with modernity fallen, we can consider a traditional society, where people live to find a place in a larger order of nature and the divine. They can accept hierarchy, the need for (ethnic) nationalism, even a monarchy.

That will not happen while they still hope to fix up democracy. As they see that we have reached the end of the road, however, they turn toward what Huntington observed, which is that blood and faith work as better binders than a “system.”

As the congressperson in the article above says:

“I think economics can bind us. I think that when we divide into too many subgroups, we lose the overarching theme,” says the congresswoman.

The nature of diversity is to divide us into subgroups. The nature of democracy is for each person to pursue their own identity through lifestyle choices. You cannot reassemble this shattered pottery. The unity has long gone.

What provides unity? It turns out that biological/genetic similarity works best:

We hate to admit it, in our individualistic times, but genetics provides the blueprint for who we are. We resemble our ancestors not just in appearance, but in abilities and inclinations. They are like us, and we are like them, and anyone of a similar ancestry is like all of us.

People now are looking for “who is Us.” That is, they want to be like people who are naturally like them, without the need for “education” or propaganda or excessive law enforcement, because they are wired similarly through genetics.

As it turns out, all of nature works by the rule of kin:

We don’t completely understand how they do it, but we know there are very sophisticated actions going on between fungi associated with those particular trees. We know these old trees are changing their behavior in ways that give advantages to their own kin. Then the kin responds in sophisticated ways by growing better or having better chemistry. A parent tree will even kill off its own offspring if they’re not in a good place to grow.

Kin works by the opposite principle to politics. These political systems attempt to unite us by shared interest in an economic, ideological, and legal future. Those things are not part of our inner selves, like genetics is.

Where politics requires everyone to stay mobilized around a centralized force which issues commands, even if indirectly like in our “soft totalitarian” system, genetics causes us to act similarly without discussion, threats, or bribes.

Even religion cannot achieve this type of unity, although people of similar genetics tend to interpret their religion similarly, which means that it serves as a proxy for genetics.

The post-political world means that we give up on ideology and “me first” egalitarian individualism, which always was a way for the individual to pre-emptively defend himself against others noticing reality better than he could.

Without that, we have only organic ways of bonding together. We each want to find our tribe, set it up with a nation divided by mountains or seas from all others, and then slam the door shut.

Egalitarianism relies on the idea that all people have “equal reason,” or equal thinking, and that they are basically good. Reality shows us that, good or bad, they all want to conquer us, and the only defense is to get away.

Furthermore, we see that within our own group, setting up systems of centralized power merely makes those targets for sociopaths and other parasites. We consume ourselves when, in the name of avoiding kings, we set up new centers of power.

The future looks bright because this change is inevitable. Everything we are doing has failed. They can steal an election and censor the mention of it, and even take over with Chinese help, but they cannot change the arc of history.

Soon we will be leaving behind this blighted disaster. Our future involves getting away from symbols, and returning to hard organic reality and what we know in our inner selves. With this comes great sanity, new opportunities, and renewed hope.