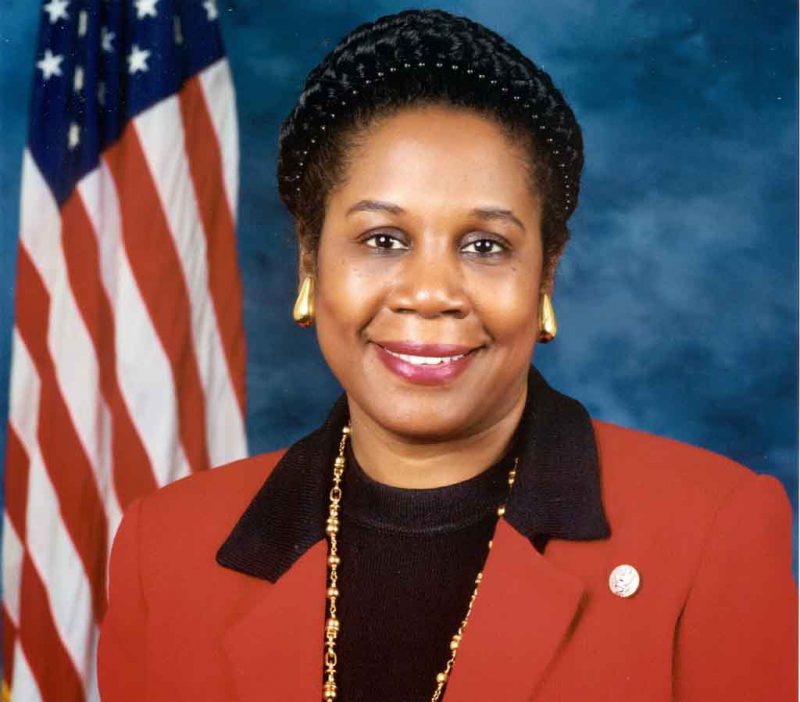 While enjoying the audio of the barbaric bloodletting that was the Peter Strzok testimony, I could not help but wince in disgust when an extraordinarily low-IQ voice began a meaningless dialogue that was the verbal equivalent of feces flung at a fan connected to a vast media empire.

Between the abysmal linguistics and the outrageously moronic dialogue, I was nauseated to the point where turning off the microphone was not enough.  I had to know who this gluttonous creature was, what their legacy was, and what possibly could compel a localized majority of human beings to determine it was a good idea to add them to our nations congress.

The representative in question was none other than Sheila Jackson Lee, a longtime representative of the fine state of Texas.  Despite being in congress twenty years, Jackson has only passed one (mostly useless) piece of legislation.   The rest of the time was spent crafting one of the most confounding and utterly horrific congressional careers ever known to a Western Civilization:

Rep. Sheila Jackson Lee of Texas proclaimed this week that the Constitution is 400 years old. In other words, its writing would predate the Pilgrims…

In 1997, while on a trip to the Mars Pathfinder operations center in California, Jackson Lee asked if the Pathfinder had succeeded in taking a picture of the flag planted on Mars by Neil Armstrong in 1969. Needless to say, Jackson Lee, then a member of the House Science Committee, had confused Mars with the Moon. (Despite the alliterative names, they are very different astral bodies. Mars is a planet that orbits the Sun and has never been visited by man. In contrast, the Moon, which is a satellite of Earth and orbits our planet, has been visited six different times by astronauts)…

And last, but definitely not least, a moment that defines Jackson Lee’s congressional career:

In short, Jackson Lee’s entire life’s work was comprised of congressional feces-flinging. Whenever presented a microphone, Jackson would verbally produce a pile of excrement and begin lobbing pieces of it at whoever was listening. If anyone dared to criticize Jackson Lee, she would resort to the most tired and overused form of verbal defecation by labeling them a racist, even if they are a celebrated humanitarian defender of human rights.  This despite Jackson Lee’s well-documented history of frequently being named the absolute worst congressperson to work for:

Each year, an average of half of Mrs. Jackson Lee’s staff quits, and one year, all but six of 23 staffers left.

Mona Floyd, who served as the congresswoman’s legislative director, has monocular vision and has a lawsuit pending against Mrs. Jackson Lee, who was voted the “meanest member” of the House in a bipartisan survey of Hill staffers by Washingtonian magazine last year. Ms. Floyd said she was told by the representative, “I don’t care anything about your disability.”

Other incidents, including a series of racially charged diatribes, were documented by the Washington-based Daily Caller website after former aides were so taken aback by her behavior that they broke an unspoken Capitol Hill rule not to speak ill of former bosses.

Further accounts indicate that Sheila is under the strange impression that she is a kind of royal figure:

Those former staffers claim she was physically abusive, threw cell phones at staff and demanded unsafe driving while being chauffeured, which allegedly resulted in at least one car accident.  She would reportedly demand staffers go to the market and buy garlic supplements for her at 2AM and would be furious with them if her demands were not met.

“You don’t understand. I am a queen, and I demand to be treated like a queen,” she allegedly once told a member of her staff.

We could fault the extraordinarily low IQ voters in Jackson Lee’s ravaged and decimated wasteland of a district, whose votes are bought and paid for because they lack the ability to make rational decisions. However the real accountability falls on Yale University, whose disgraceful affirmative action program handed a “higher education” degree to a woman too dumb to distinguish Mars from the Moon or count to a number higher than two hundred.

Fulfilling its desperately-sought racial quota, Yale granted Jackson Lee entry and likely accused any teacher who gave her bad marks of being racist.  After an unqualified graduation, Jackson Lee was able to find a law school equally committed to affirmative action and fumble through the admissions of The University of Virginia Law.  Now thanks to the incredibility lowered standards of both higher and secondary education required to comply with affirmative action, Jackson Lee has a law degree and a judgeship.

This is the endgame of Affirmative Action, where the unqualified and undeserving attain the highest roles in our society and we are too sensitive to admit that the damn thing doesn’t work.  And the worst part of this fiasco is that Sheila is unlikely to ever be defeated in Congress because her heavily Super-PAC funded campaign is incontestable in such a low-income district.

The majority of Sheila’s campaign is funded from big-money Democrat and Union Super-PACs and less than one percent is from personal donations. Furthermore, her minority voters will cower away from any racial diversity in her challengers as she’ll immediately render any personal attacks on her as racist.  The fundraising machine and race baiting will keep getting her elected over and over again regardless of the clear and obvious fact that Sheila has done nothing throughout her career but bring misery to every human being she’s come in contact with.

But thanks to President Trump, the true savior of Western Civilization, we are finally bringing an end to the affirmative action farce.  Of all he has done for this nation — strengthen the economy, cutting taxes, demonstrating an outstanding foreign policy — this may be the most important thing he has achieved.  No more unqualified degree waving.  No more unproven judges.  No more intellectual abominations in our Congress.

Many colleges are resisting this, including (to some degree of irony) the very school responsible for the Sheila Jackson Lee folly, Yale University. Eventually, though, the threat of lost federal funds will see everyone fall in line.  And hopefully one day, we will look back at the Sheila Jackson Lees and Maxine Waters and realize exactly why the American dark age of 1967-2016 was a failed experiment in every single sense.

Who Are Our Friends? | WWIII Has Been Going On For Awhile Now