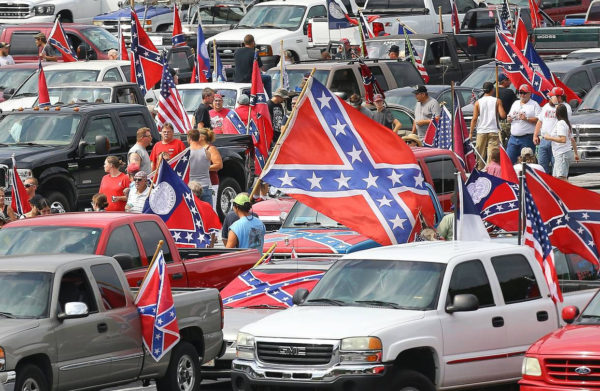 Most of our human thinking is defensive, or based on avoiding or subverting those who we perceive will wrong us. That type of thinking does not extend well to politics or the underlying question, which is how to create a civilization that both prospers on its own and encourages good people under it to prosper.

Instead of assuming that other ethnic groups are enemies, let us place them in a middle category: like other people in our own society, other groups are motivated by self-interest. Since for any group to survive, it must assert itself, that includes domination of any other groups within their reach. This is subconscious and not “intended,” but instinctual.

Nature has made no better creature than the dog, but if you put two dog packs in the same valley, soon you will have only one dog pack. The usual pattern is for one to kill off the males in the other, take its females, and then grow larger and more powerful. Of course, the strongest of dog species simply kill all of the other, since they want to remain as they are, and not as a hybrid, which would be defeat as surely as being conquered.

What this means is that other ethnic groups are not bad people, but people in the wrong place. Yes, they have their habits and tendencies which — by our lights — might also be unwanted, but they are not objectively bad. They just are what they are. Thinking like a nihilist, we then recognize that this group and its behaviors are appropriate to its needs in its homeland.

Some groups may be further along in different ways than other groups. We cannot say that any way is definitively better until we see how it turns out, and we want them to be able to develop on their own as is appropriate for them. Or not: they may choose to stay at a lower level of development because it works for them. There are sparrows, hawks, nightingales and hummingbirds.

This lets us see that this is a war against ideas. Sure, groups like Muslims, Africans and Jews may have their highly visible negative effects, but these are issues on top of the basic issue that any foreign group will cause instability, reduce our ability to have social standards, increase distrust and eventually, genetically replace us.

For too long, our dialogue on race has taken the form of a description of victims and victimizers. The white victimizer preys on non-white victims, or we reverse that, and talk about non-white crime and subterfuge harming whites. In reality, ethnic identity is not binary, although it seems that way because each country has a national group and everyone else is Other.

But looking past national boundaries, we see that instead there is a universe of different groups, each attempting to preserve itself:

Blogger Dani Ishai Behan took to the Times of Israel with an incisive defense of the uniqueness, historically and ethnically, of Jewish identity. Characterizing Jews as white, Behan argued, erases Jewish experience across every pogrom, torture table, oven and ghetto that has decorated our painful past. The people who persecuted Jews never thought of Jews as either white or European â€” and Jews never thought of themselves that way, either. Categorizing Ashkenazi Jews as white, Behan argues, deprives Jews of the legitimate protection that all indigenous, oppressed ethnicities deserve, and engages in dangerous historical revisionism.

Instead of continuing the victim narrative, where one tribe must be wrong for defending itself against others or trying to dominate a multicultural society, we should face the truth: for us to remain friends, each ethnic group needs its own place where it can engage in its historical behaviors. Otherwise we make enemies of each other and oppress everyone in our quest to avoid oppression.