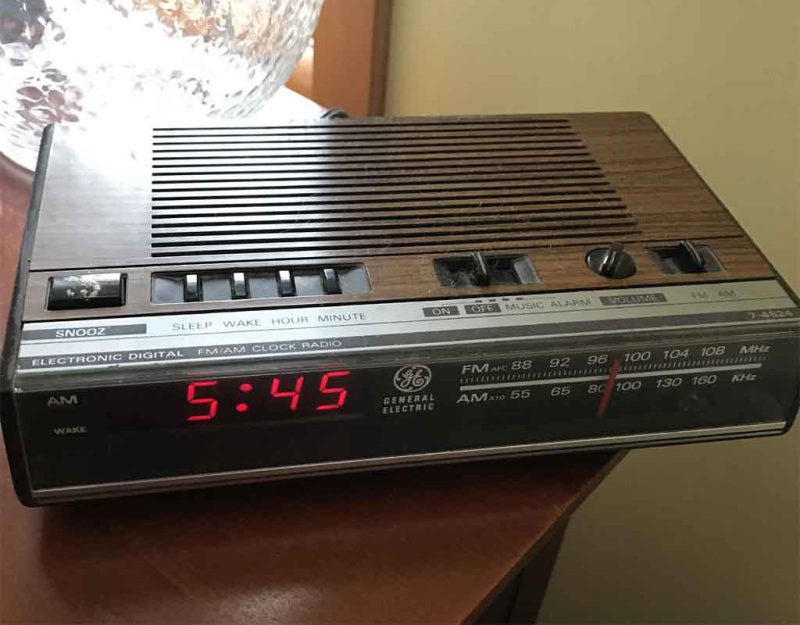 Back in the 1980s, the failure of modern society was visible to all except adults, who were vested in the system and screechingly socketed in denial, so they overlooked the many failings of our society in order to pursue compensatory pleasures like money, sex, and power.

To those of us who were new to the world, however, it was clear that everything was not just out of balance but aligned against reality, balance, and sanity. People were clearly crazed if not crazy, and success required conformity and dishonesty about what we were doing.

You could see it in how stressed adults were by their jobs. This was not normal or healthy, but they assured us that it was. Or how completely boring school was just so the dumb kids could participate. Or how people could not socialize without manipulating each other.

We knew that we were growing up into a sick time, and that we were doomed, because all of the toxic stuff was popular with people who could not associate that it was the cause of all the bad effects in the world to which they were applying it as a “solution.”

To make it worse, across the sea there were people even crazier than us, whether the neutered and self-hating Europeans, the militaristic conformists of the Communist states, or the theocratic fanatics of the middle east.

On some level, we all knew that we were doomed simply because no one could admit the cause of our problems, which was that we left behind a functional model of society — kings, caste, self-reliance, self-sufficiency, culture/race/nation, and belief in something intangible — and launched into our prole-ruled disposable mass culture nightmare.

We knew somewhere in the back of our minds that this meant bad things. If you win a world war, and then you end up in a cold war, and then as it ends you still have the same problems, it means that the world war was not a just war. That you fought it anyway means that your society is delusional, which means that it is failing.

All of our elders just wanted to die before the bomb went off. They told us this, volubly and frequently, as well. “Luckily I’ll be dead by the time that is a problem and you know, the world can burn when I die, because I won’t be here to suffer!” This was considered a profound and meaningful statement.

We thought the world was going to end, and when it did not, people lost their minds. They were tired of toeing the line, working hard, and trying to make sense out of anything. They wanted to enjoy the fat of the land and then die off.

This brought on the Clinton years, and after a brief hiccup when the Clinton presidency ended in a miasma of corruption and failing policies, returned with the Obama years. People wanted to avoid struggle and buy off all our problems, enjoying the good life aided by cheap products from China.

Toward the end of the Obama years, it was clear that entropy had set in. The press was chanting triumphant slogans and telling us how good life was, but everyday products had become more expensive and lower quality. Corruption was everywhere. People were afraid.

For some reason it shocked the press corps that Donald Trump won the next election. They believed their own propaganda, it seems, and being in the grips of a messianic ideology, could see nothing good except equality, and Trump was a step away from that crusade.

Trump brought us a masculine presidency that was exclusively results-based and ignored intentions and “principles” which translated into restrictions on method. Trump would use any tool for the job, including government shutdowns.

When the last government shutdown hit, it brought to mind the weeks before the shutdown. As in the Obama years, there were a lot of people just driving around during the working day. Usually in late model, expensive SUVs, they seemed to have no jobs but plenty of money.

For those of us out running errands during the day, this was baffling. What kind of job paid you that kind of money to not attend? Almost all of these people were non-white, making it seem that these were diversity jobs.

Those unacquainted with daily life in America have no understanding of affirmative action, but it means that if a white candidate and a non-white one walk through the door, you can get sued for hiring the white one, so you hire the non-white one.

This happens just about every time unless there is some radical discrepancy in experience on paper. You cannot prove that one candidate is better than another in the courtroom, so for you to turn down the non-white, he or she had better have much, much worse credentials.

To avoid this problem, most American firms no longer openly advertise good jobs. They advertise diversity jobs and choose people who do nothing. That way, they are safe from lawsuits because, look!, we have lots of smiling non-white faces.

Instead they hire everyone at entry-level or as contractors, and then extend job offers to the ones who prove competent. Companies prefer to hire internally if possible because there is zero legal liability in most cases.

Millennials recounted filling out thousands of job applications only to have zero responses come back. They were applying to phantom jobs, listings made for the sake of bringing in lots of replies, while in fact the real job had a different title and was filled in-house.

The combination of affirmative action and disparate impact comes to us from a long chain of law starting in the Civil Rights Act of 1866. Instead of restricting government from limiting our freedoms, this law demanding that our freedoms be limited in order to enforce equality upon private individuals and businesses. This meant that if you had a chance to demonstrate egalitarian hiring, selling, buying, contracting, or social engineering but did not, Uncle Sam was coming for you!

As the old joke goes, “In America, people are interested in government. In Soviet Union, government is interested in you!” We took the Soviet path — pioneered by European liberal democracies — toward enforcing ideology on our people through social engineering.

Fast forward by a century and change, and you have people driving around during the workday because they are hired to be minorities, and no one expects anything from them, so they spend entitlements funds and salaries recklessly to keep our consumer economy afloat.

If you want to know why government loves diversity, there are several reasons. First, minority groups are by nature defensive because they are in a vulnerable position, so they always vote for more government control. Next, they can be counted on to spend any money they get because that is what their heritage prepares them for, so they “prime the pump” of the consumer economy. Finally, in theory they make good cheap labor which can then be taxed to pay for the entitlements paid to Greatest Generation and Baby Boomer people in the antechamber to death that is “retirement.”

Trump threw a wrench in all of this with the government shutdown. Although in theory the checks would keep coming, the EBT machines shut down in some places, and other people heard their benefits would be late. This created panic among the many government dependents.

He also finally introduced consequences for working for the government. Although you get an easy paycheck to show up and do a whole lot of nothing, you might find your paycheck delayed when the bloated government you support runs out of money, or compromises.

Trump hopes that these government agents will quit and go on to do something else instead because bloated private industry is more reliable than bloated but unstable government.

In the bigger picture, he pulled aside the curtain on what was actually going on in American government. The Democrats have been caught attempting demographic replacement of the Republican voting base. They want one-party rule, Communist-style.

Trump leads a group of Americans opposing them by removing the “new voters” that civil rights protects who are designed to replace the founding majority. The wall achieves a permanent change in our immigration outlook. This preserves America from Democrat interference.

The shutdown did not hurt the core of “heritage Americans” at all. Trump asked for a pittance and the Democrats withheld it out of spite. Every day that the shutdown went on, more people realized that we do not need much of what government does, and we like it better gone.

Trump, as not just a sensible businessman but a talented manager, showed us that we would prefer government as written in the Constitution, namely as a natural rights schema where government protects the organic culture instead of a civil rights agenda where government attempts to achieve Utopia through social transformation.

The end result of his maneuvering will be a smaller government, some squeezing out of the bad actors who cannot be fired as Leftists in the deep state, and a loss of faith in the entitlements state.

During the shutdown, you did not see many people cruising around during the workday in late model SUVs while spending a lot of money on luxury consumer goods. iPhone sales fell. Entertainment lagged. In the meantime, productive labor thrived.

Heritage Americans loved it. The roads were nearly empty, and we could get our errands done in record time without throngs of clueless people wandering around and taking up time and energy, especially from customer service personnel.

Even more, people started to interact normally again. We could no longer count on Big Brother Uncle Sam to fix everything for us; we had to reach out to others, find solutions, and cooperatively work together to implement them.

In the historical lens, this showed us a rebellion against the nation-state. The nation-state — a republic united by economic, political, and legal systems — replaced the organic society which consisted of a “nation,” or single ethnic group sharing culture and customs.

The organic society did not have a State, or government of a republic, but had a natural hierarchy of rank (caste system) coupled with an aristocracy, or leaders chosen from within the population of normal people for their innate abilities.

Class warfare, or revolt by the lower value workers, overthrew all of this. Two centuries later, we are seeing that all that the State does is inefficient, immoral, and prone to driving us toward a lowest common denominator that gets lower every year.

Yes, the government shutdowns were a glorious thing. We should make them permanent, and replace the State with something less parasitic and more in line with our heritage, history, customs, beliefs, and behaviors. We have nothing to lose and everything to gain.